Is Apple Innovation A Thing of The Past? 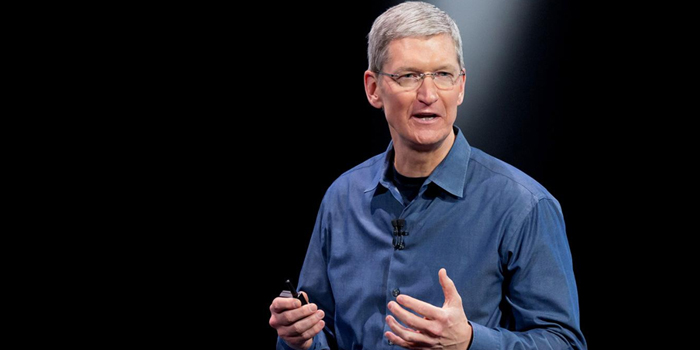 Innovating around the same things is not really innovating. When a technology company starts losing its momentum, it is either forced to buy its future (think: Hewlett Packard) rather than build it organically. Many wonder if Apple Inc. is in the beginning of its apogee, a point where a company starts losing ground due to lack of innovation. Has the Apple innovation engine stalled? Is Apple Losing Momentum Due To Lack Of Innovation? Is Apple losing its mojo?

Less than six months after they debuted the iPhone 6S, the Cupertino-based iconoclastic company is slowing down production due to jaded sales. In China, one of Apple’s biggest consumer market, where Apple the ultimate signifier or wealth and status, it seems sales are tanking from a high level.

During Apple’s Q2 2016 earnings report, Tim Cook, the company’s chief executive, said that sales in mainland China has dropped 11 percent compared with the same period a year earlier. Sales in 2015, were 80 percent higher than in the same period in 2014. Apple is struggling to keep the attention of China’s increasingly hard-to-impress consumers.

Consumers in China are increasingly turning to try low-grade iPhone imitators from Apple competitors – including Xiaomi, Meizu, and Huawei. These companies truly rival Apple on aspects such as technical specifications and aesthetics, but also offer their models are a few hundred dollars cheaper.

In its earnings release last month, Apple posted quarterly revenues of $50.6 billion and $10.5 billion in quarterly net income. This was compared with $58 billion and $13.6 billion last year. Although the company made the biggest quarterly sales in US history, investors are unimpressed.

In an interview with CNBC’s Jim Cramer (former hedge-fund manager and TV personality), Cook noted a disconnect between the popularity of Apple products and stories in the media that claim “Apple is dead.

“To put that in perspective, the $10 billion is more than any other company makes. So it was a pretty good quarter, but not up to the street’s expectations, clearly,” Cook said.

Cook further added that broader macroeconomic concerns were at play behind the fall. An increasingly large number of users are upgrading at a lower rate than they did a year ago. Moreover, the upgrade two years ago was abnormally higher. This combination – declined upgrades, currency rates and macroeconomic issues made things far from rosy for Apple.

It is Apple’s first quarterly revenue drop since 2003. The sales of its flagship iPhones has dropped for the first time since their debut in 2007. Sales of other Apple products, including the iPad and Mac were down by 19 percent and 12 percent, from the same period last year, respectively. The only exception being Apple’s service sales, which include the App Store, iCloud, and iTunes Store, which saw a 20 percent increase to $2.1 billion. So did “Other Products” category, which blankets some of the most innovative products such as the Apple Watch, Apple TV and iPod, which posted a 30 percent increase to $6 billion.

The last quarter’s earnings report show how critical it is for Apple to innovate new products and find newer ways to generate more revenue. The company is persistently pouring money into the next big source of growth, i.e. mobile boom, automotive, and industrial applications of the internet of things. However, its failure to develop a new killer product is turning off investors. The iPhone euphoria has subsided, and most consumers want a new product that would give the Apple brand a new lease of life.

Three years ago, when Steve Jobs’ successor Tim Cook sat on the throne, pundits wondered if he’d be able to steer the company back into its creative force. Come 2016, and Apple is close to being usurped as the world’s biggest company by none other than Alphabet Inc., Google’s parent company.

Is Apple losing its innovative edge? New products like the Apple Watch and Apple Car surely intrigue investors and early adopters, it’s going to make little to no difference to the precipitous drop in its sales. In other words, iPhone sales in the next quarter will have to be a record high for Apple to come out of deep waters. Consumers are switching from iOS to Android at an unprecedented rate.

The reason why iPhone sales keep falling is because consumers have no good incentive to upgrade. The latest iPhone sure has some very broad changes, better features like Apple Pay contactless payments and aesthetics, and yet it is seen as less of a revolution. It looks vaguely similar to previous renditions from the product line, and the upgrades are relatively minor. This is anything but disastrous for the iPhone maker. The rumor is that the next iPhone will debut with astronomical changes rather than fewer upgrades. Those who are holding off the upgrades at the time may flock to buy the new one at some point. These are still rumors we are talking about. The question is, will Apple always be known as the iPhone maker? Will Apple lose dominance due to lack of innovation? In an industry built on the notion of “disruption,” will Apple truly innovate again?

Anna Domanska
Anna Domanska is an Industry Leaders Magazine author possessing wide-range of knowledge for Business News. She is an avid reader and writer of Business and CEO Magazines and a rigorous follower of Business Leaders.
« How to be a Self-Made Millionaire by 30
Is Bill Ackman the next Warren Buffett? »
Leave a Comment
Close

Wells Fargo has been underperforming for the past few years and has undertaken cost-cutting and restructuring to improve its numbers. Wells ...
9 hours ago

In the latest series of US regional banks going in for acquisitions to enter the big boys’ club, M&T Bank has entered into a deal to b...
2 days ago