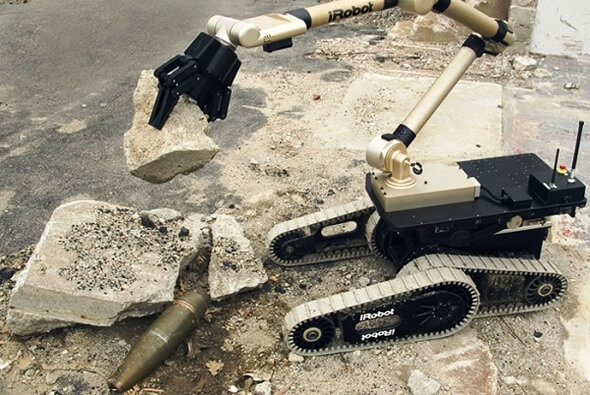 Companies nowadays are developing gen-next robots, and are focused on providing them more independence so that they can choose what to manage without seeking any external help to be controlled when facing problems in extreme situations, for instance, a disaster prone zone.

Bedford, Mass.-based iRobot Corp., famed creator of Roomba, automated vacuum cleaners has launched a new operating system, which improves the ability of robots made for military purposes to think for themselves when going through a dangerous topography. Until now, the robots created by iRobot were controlled using an arcane, which is an outmoded interface. Particularly using remote operations with the help of a joystick, monitored on a Linux based platform, according to iRobot’s technical director of defense and security Orin Hoffman.

iRobot has been much publicized in the past not only for creating consumer cleaning robots, but also bomb-disposal and observation robots for the military and police forces – basically for jobs that need a human controller to supervise their actions. “That sort of interface required three to five days of training for each operator,” Hoffman explains. The new system is easier to use and hardly takes a minute or two to get familiar with for human controlling them.

The newly launched OS comes with an Android app that permits users to control its robot on a tablet with the touch of a finger instead of a joystick. It incorporates engineering that falls in agreement with the Pentagon’s demand for robots that can control and perform errands themselves through precarious situations, like those found in conflict hit zones.

The company aims to create essential components for controlling and self-governing military robots that can think on their own feet when given a certain tasks without any outside intervention. It plans to create robots with more self-governing abilities for defense market. “That is something that is on our guide,” Mr. Wilson.

In 2013, the defense market represented 9 percent of iRobot’s $487 million sales, with half of the orders coming from Pentagon. Currently there are roughly 6,000 defense and security robots created by iRobot which have been set out across the world. Known as iRobot Warrior, these military bots have the ability to read radiation levels in Fukishima nuclear power plants to bomb-disposal duties in conflict zones in the Middle East.

Anna Domanska
Anna Domanska is an Industry Leaders Magazine author possessing wide-range of knowledge for Business News. She is an avid reader and writer of Business and CEO Magazines and a rigorous follower of Business Leaders.
« Symantec might be the next Silicon Valley company to split up
Apple Supplier GT Advanced to shut down operations in Mesa, Arizona »
Leave a Comment
Close