Military advances in Southern Iraq by Sunni Islamist anarchists, who took over two Iraqi cities earlier this week could disrupt oil supplies if Baghdad doesn’t re-establish its authority in next to no time.

The increasing turmoil in Iraqi soil has induced growing concerns – high oil prices – compelling central banks to raise interest rates in its efforts to reduce inflation, making the already bumpy path to economic recovery in the US and UK much more worse. 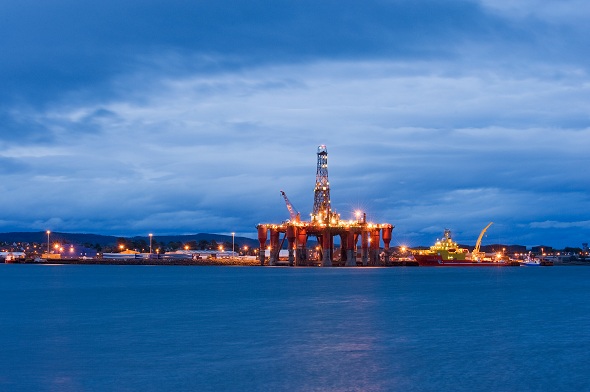 Iraq is the second-largest oil producer in the Organization of the Petroleum Exporting Countries (OPEC) group.

Chris Beauchamp, market analyst at IG, said: “The longer-term worry is the impact of higher oil prices on inflation readings for major economies.

“With inflation edging up in the US, there will be concerns that CPI [consumer prices index] growth might get out of hand and force the Federal Reserve to take action. This is the worst-case scenario, but markets are more than capable of focusing on that to the exclusion of all others.”

“If this conflict knocked out Iraq as an exporter, that would have significant impact on prices,” said Christopher Bellew, a trader at Jefferies Bache.

The escalating violence has also upset global stock markets. Shares in the US fell on Thursday and major stock indexes in Asia were also down in early trade on Friday.

Sunni rebels known as ISIL (Islamic State of Iraq and the Levant) an al qaeda offshoot seized Baiji Oil Refinery, followed by further military advances in their aim of creating a Sunni Caliphate with a leg on each side of the border between Iraq and Syria.  Baiji Oil Refinery is one of the biggest refineries in the country which is where the entire problem burgeons. The ISIL is slowly expanding towards the south Shia which supports a majority of oil production and export facilities.

Oil prices have reached a nine-month high amid growing concerns that extremist’s advances in Iraq may disrupt global oil supplies. International benchmark, Brent futures rose 3% to $113.27 per barrel, the highest reading for Brent crude since December. While U.S. crude gained more than 2% to $106.71, the highest reading since September.

Gains in the U.S. crude were restricted by high domestic production and lower reliance on imports from Iraq.

According to US government data, in 2013, the U.S. imported 341,000 bpd (barrel per day) from Iraq, which corresponds to less than 4 percent of the country’s total crude oil imports.

“In a post-shale US crude oil universe, it becomes a little more difficult for the oil market to really price in what’s happening in Iraq,” said Richard Hastings, macro strategist at Global Hunter Securities in Charlotte, North Carolina.

In spite of the growing violence, the OPEC said oil markets would be balanced in the second half of the year with extra production sufficient to meet growing demands.

Meanwhile, investors are eyeing on the release of key economic of the U.S. from the University of Michigan on retail sales and industrial production.