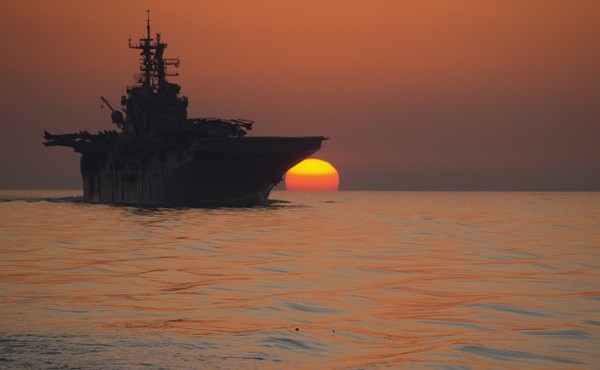 Iran’s navy declared Monday that it had successfully tested a ground-to-ship cruise missile, Ghader, near the Strait of Hormuz. Iran is warming its military muscle up to show that it is capable of hitting Israel and U.S. bases in the region if attacked.

Iran’s announcement arrived in the middle of the rising tension between Iran and the U.S. over Iran’s disputed nuclear program which U.S. believes has been working on developing nuclear weapons. Mahmoud Mousavi, deputy navy Commander told the official news agency IRNA, “We have test fired a long-range shore-to-sea missile called Qader (which means capable), which managed to successfully destroy predetermined targets in the Gulf.”

Iran had also tested an advanced surface-to-air missile, a day earlier, during the drills in international waters near the Strait of Hormuz – the seaport from where one-sixth of the world’s oil is supplied. As declared earlier, Iran was supposed to test-fire two long-range missiles Monday – Qader and another system called Nour (light) – for showing its determination to counterattack enemies such as Israel & the United States.

Many analysts believe that Iran has the means to follow through on its threats. It might be the new nuclear weapons that the analysts are referring to. But the scenario seems to ease the pressure as Iran’s navy seems to have softened its attitude saying it wouldn’t block ships during its naval exercise.

Mahmoud Mousavi said, “We won’t disrupt traffic through the Strait of Hormuz. We are not after this.” However, Ismail Kowsari, a lawmaker believed that the naval exercise was just a preparation for closing the Strait of Hormuz incase more sanctions were brought against Iran.

A day before the Mehrab was test fired by Iran’s navy; its scientists held that they had managed to build a nuclear fuel rod containing enriched uranium that feeds nuclear reactors. If confirmed, Iran would have a major step forward in carrying out its nuclear ambitions.

But, it is yet unclear if Iran’s first domestically built fuel cell actually contained enriched uranium when it was placed inside Iran’s nuclear power research facility, or was it empty.

The UN sanctions have banned Iran from buying fuel rods from any other country, in order to stop its nuclear program. Iran says its nuclear program is for peaceful means -– simply to produce power and isotopes for cancer tests, not for nuclear weapons.