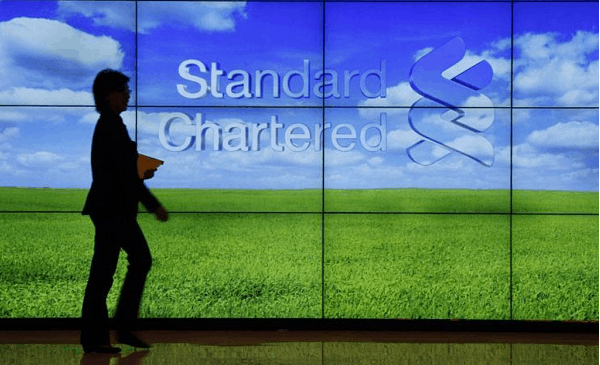 On Tuesday, the shares of Standard Chartered Plc. witnessed a sharp drop of almost 20 percent after the most influential bank regulator in New York City issued a warning that it was going to take away its state banking license because the British lender had reportedly hid almost 160.13 billion pounds, which is close to $250 billion, in operations linked to the country of Iran.

The New York State DFS or Department of Financial Services issued a statement on Monday which accused Standard Chartered of conspiring with the government of Iran and further added that the bank had managed to keep almost 60,000 deals a secret from law enforcement officers so that it could produce hundreds of millions of dollars in income over the course of more than 10 years. The regulator also deemed the British bank to be a corrupt organization as it had made confidential information associated with the United States banking structure public to international drug dealers, rogue states and terrorists.

The statement no doubt came as an unpleasant surprise to Standard Chartered, based in London, even if the bank had been involved in discussions with the United States regulators over a considerable period of time. On Tuesday, Standard Chartered’s shares dipped down by 18.4 percent to reach 12.00 pounds by 9:20 am British time. The shares had already witnessed a fall of about 6.2 percent on the same day, descending towards the end as news emerged involving the bank’s dealings.

The move made by the regulators is sure to affect the British bank in a harsh way. Standard Chartered has been one of the very few banks which have not sustained considerable damage at the time of the financial crisis due to it focusing most of its attention on operations in Asia and other separate emerging markets along with a moderate investment and liquidity approach.

One of the major shareholders in the British bank shared that he did not expect this to be an ongoing trouble considering the strong defence system developed by the bank. He added that as the shares were not relatively cheap to begin with, the might be stuck in the same range for quite some time as their spotless reputation had taken quite a blow.

Reaction of the British Bank

Standard Chartered responded to the situation by claiming that the bank does not think that the edict issued by the DFS states a complete and exact depiction of the actual details.

The foreign bank is very likely to undergo a hard time if the New York banking license would actually be lost as that would mean the bank being successfully cut off from having any kind of direct dealings with the US bank market. The regulator also mentioned that Standard Chartered is responsible for processing about $190 billion each day for international consumers.

The New York regulator offered an uncommon glimpse into the workings of a major bank when it explained the manner in which Standard Chartered executives deliberated on whether or not to go on with any transactions with Iran.