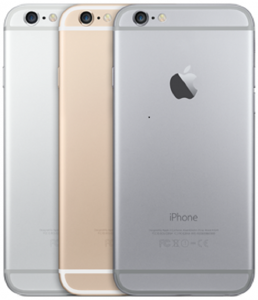 Now that Apple’s latest device, the Apple Watch has been released, it’s time to look ahead to Apple’s next flagship smartphone, which is a mere three and a half months away.

According to KGI Securities analyst Ming-Chi Kuo, Apple’s newest offering will be called the iPhone 6s and will come with some significant changes including better camera and more processing power. But possibly most remarkable will be the new rose gold color option that will be made available.

However, it’s unclear whether the new rose gold iPhone 6s would be made of actual gold like the luxury Apple Watch, or if the smartphone will just resemble the color of the material. It’s a great addition either way, bringing Apple’s total color options up to four. Currently, gold, space grey, and silver are included in the color lineup.

Apart from the new color, Kuo also hints at a restructured design using different materials for the casing. This coincides with an internal mechanical design change, which is being implemented to tackle the bending issues that afflicted the iPhone 6 Plus.

The Plus models could possibly use sapphire covers for additional scratch resistance, though Kuo says those will be fully realized if drop test issues are resolved before being put into production.

The iPhone 6s might also reportedly feature an additional microphone to further boost call quality including a 12 megapixel camera, an upgrade from the existing 8MP one. According to AppleInsider, the new iPhones will come with an upgraded Apple A9 processor with 2GB RAM, while the current variation features an A8 chip and 1GB RAM.

The highlight of the new iPhone 6s, according to Kuo, will be Force Touch technology, which debuted in the Apple Watch last year and then made its way into the new MacBook. The new technology is said to allow those devices to sense how hard you are pressing on the display and also support digital signatures. However, it would be some sort of a stumbling block in the supply chain. If Apple successfully tackles this issue, it can potentially offer a rich user experience on the new iPhone.

Additionally, Kuo also claimed that Apple will be improving its fingerprint scanner, offering users, mainly those relying on Apple Pay, with more security.

As for screen sizes, iPhones will be sticking to a 4.7-inch iPhone 6S and 5.5-inch iPhone 6S Plus. Kuo affirmed that Apple will not be launching a 4-incher this year.

According to the leaks, mass production for the new iPhones is expected to begin in mid August. There was no information though on how much the iPhone 6s will potentially cost.