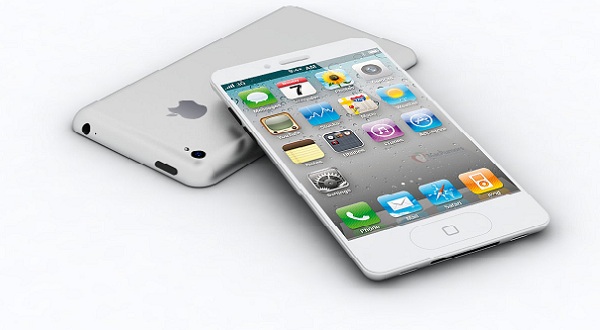 According to all indications, an iPhone 5 release will take place on the 12th of September as Apple Inc. invited all reporters to a news conference next week in San Francisco. The email suggests that the iPhone 5 launch should be expected then, confirming months of rumors and speculations. The email, moreover, leaves little doubt that at the conference the long-anticipated iPhone 5, or whatever name Apple Inc.  has chosen for the next generation of its iPhone, will be released.

The email, which was sent by Apple Inc., includes a big “12”, for 12 September, and a shadow in the shape of a “5”, for iPhone 5. For months various unconfirmed reports claimed that the 12th of September will be a day when Apple launches its new iPhone, iPhone 5. In addition, the sale of iPhone 5 is said to start a week or two after the new iPhone release date.

But it has to be highlighted that hardly ever a new product, which is to be released, is so much analyzed and rumored as well. The excitement over the iPhone 5 release was overbearing. Time will show whether this excitement, which has lasted for the last couple of weeks, was worth it. These days the big counting down is starting.

The big “5” in the email invitation suggests that the new iPhone release will take place. And the anticipation of the iPhone 5 launch was a long one. Last year many had expected that Apple would have released the new generation iPhone, which did not happen.

iPhone 5 is expected to have a taller screen as well as the ability to access the latest wireless data networks. But on the 12th of September we should not only expect the iPhone 5 launch, but also Apple Inc. is said to reveal its new smaller version of the iPad, i.e iPad 3. The new iPad is expected to take on competitors’ tablets such as Amazon.com Inc’s Kindle Fire, which have weakened the dominant position of Apple Inc. in the tablet market.

Even though Apple also lost the lead in smartphones to Samsung in 2012, sales of Apple iPhones are still strong. The Apple’s loss of dominant position in the smartphone market was caused by the release of Samsung ‘s Galaxy S3 in the U.S., while the American smartphone producer was still selling an iPhone model, which had been launched in October. The release of iPhone 5 is expected to set sales records as analysts are strongly convinced that Apple will recapture the attention as well as the revenue.

Apple’s competitors, Nokia and Motorola, want to release their newest products ahead of the iPhone 5 launch, so they are holding press conferences on Wednesday in New York. Consequently Nokia, Motorola and Amazon as well decided to launch their new mobile products just few days before all the attention turns to both iPhone 5 and a new iPad.

Electronics producers are trying to refresh and launch their new mobile products for the upcoming holiday season. All of Apple’s competitors hope that the launch of their new products a few days ahead of the Apple new iPhone will generate into stronger sales.

Anna Domanska
Anna Domanska is an Industry Leaders Magazine author possessing wide-range of knowledge for Business News. She is an avid reader and writer of Business and CEO Magazines and a rigorous follower of Business Leaders.
« Microblogging App eeWeibo Makes its Debut in China for Electronics Industry
Amazon Attempts to Take over Electronics Market with New Tablet »
Leave a Comment
Close