iPhone 12 to be launched in November, will be square shaped and likely not have USB-C port.

Apple’s 2020 iPhone 12 release date could be much later than we thought.

Apple’s latest iPhone iteration, the iPhone 12 with 5G connectivity, which was facing a possible delay of months in its launch, will be seeing a November unveil, according to media reports.

Earlier, a Nikkei report had said that the final decision on the date of the launch will be taken in May.

A new report from Cowen investment bank says production output will be 35 million units in Q2 2020 and iPhone 12 will be coming in 4 new models, all supporting 5G connectivity. The screen size will range between 5.4 and 6.7 inches with two 6.1 inches models.

New iPhone 12 Release Data, Leaks, and Everything We Know

It is expected to be square in shape and will come with OLED panels. RAM on the entry-level 5.4″ and 6.1″ iPhones will start at 4GB while the premium 6.1″ and 6.7″ models will get 6GB RAM and up to 512GB storage. There’s also talks of a 128GB base storage option replacing the current 64GB one.

The latest update from people familiar with the matter is that Apple is developing three processors known as systems-on-a-chip, similar to what it intends to use in the new iPhones. This project is codenamed as Kalamata. It is based on its A14 technology. Apple is expected to debut its A14 chipset in the 5-nanometer range, which will give it anywhere near a 24-hour run. 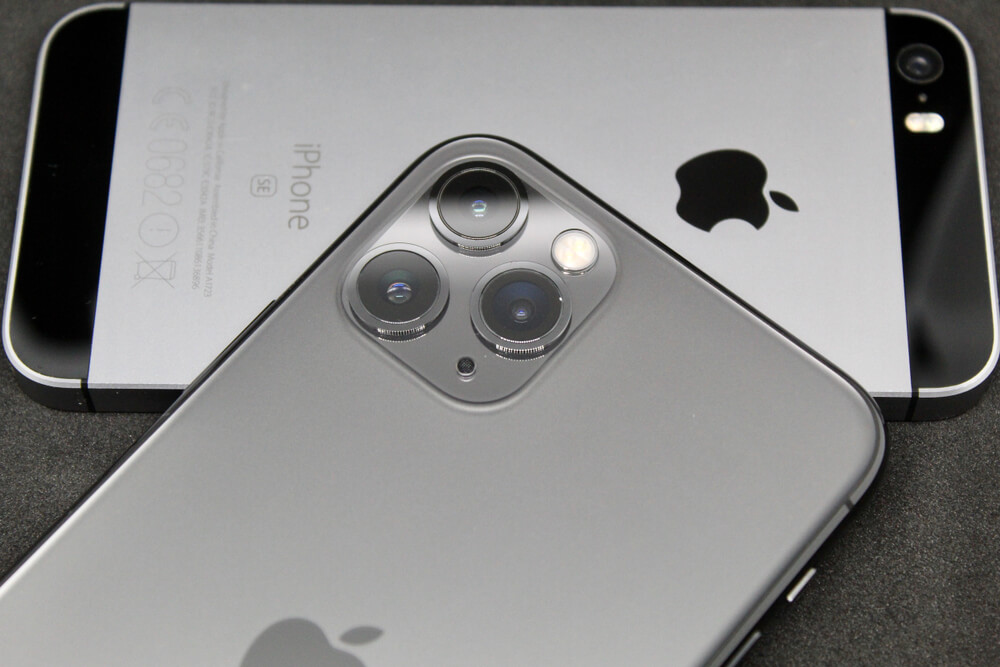 To date, rumors were that the iPhone 12 release date will be in the first week of September, as is the Apple custom around the WWDC annual event.

Apple designs its smartphone chips with technology from Arm Inc. The transition to in-house Apple processor designs would likely begin with a new laptop. It will be a kind of dry run for future MacBooks.

‘Fudge, another outlet giving reliable reports on the new iPhone images and design, which according to it is hidden in the iOS 14 code, states that the iPhone will not transition to USB-C but stick to the Lightning port. It seems that Apple intends to fully transition to a portless design in the coming years with its Smart Connector option.

The outlet adds that the Smart Connector, which has been out with Apple iPad Pro since 2015, has not done much for charging speed increase. He says Apple’s 2021 iPhone plans seem to be focused on wireless charging with the smart connector added to introduce a new range of smart accessories, which they can charge for.

The 2021 models will be compatible with available wireless charging standards. An added shocker to this is that Apple will no longer bundle AirPods with its new phones.

This means that Apple is bent upon encouraging its in-house developed tech like the Smart Connector and not depend on the USB-C; hence, it can charge accessory makers a license fee. For consumers, the advantage is that the Smart Connector is magnetic, so snap-on accessories will be easier to connect.

But now the same cable will not be able to charge your iPhone and Macbook. Apple recently launched the 2020 iPad Pro and a new MacBook Air with some new products like the Magic Keyboard.

Apple Investors Could be Disappointed in 2020

Apple, as almost all big companies, has already warned investors of not meeting its quarter’s revenue targets, and this may extend to the whole year.

Apple depends heavily on China and the Asian region for its components. The coronavirus pandemic spread has played havoc with its supply chain. Apple’s travel restrictions on employees inside and outside China stopped the prototype iPhone 12 testing, which has delayed the production.

Another reason for the delay, according to reports, is that Apple did not want to launch its star phone at such a time. Especially since this is the first time, it is launching a phone with 5G connectivity. Even if the Pandemic settles down, the 2020 iPhone release date may not attract much attention, it might be lost in all the media coverage of the Coronavirus.

To date, rumors were that the iPhone 12 release date will be in the first week of September, as is the Apple custom around the WWDC annual event. Although there is no news of the cancellation of the event, it has been modified with no face to face contact with the developers, and some of the events might be held virtually. Apple schedules most of its launches during September as it boosts sales for the coming holidays.

Missing the September date will inevitably affect the Cupertino giant’s annual revenue figures along with that of its suppliers, who are already facing economic hardships due to the virus outbreak.

Before the Coronavirus struck, the world was already going through a recession. Smartphones are also seeing a lack of demand the world over. China is currently Apple’s second-largest market behind the United States, and iPhone sales in the region saw a decline of almost 60 percent in February, with the spread of the Covid-19 Coronavirus.