ipad2: worth the month-long wait? TAB-so-lutely. 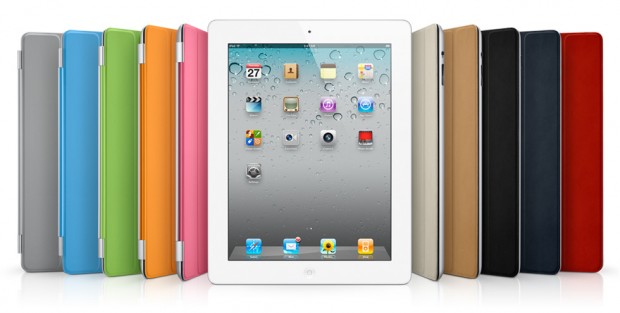 iPad2 :worth the month-long wait

Wait in a long queue for hours and hours on launch day for Apple’s newest “magical” baby (Apple has oft displayed its modesty by calling all of its devices “magical”), and you might start thinking “is this really going to be worth the wait ?”

10 minutes into the launch of the new tab, you find out the store’s stock of the iPad2 has sold out, like it happened with some of technology retailer Best Buy’s stores! Brilliant.

Even better, if you want one of these babies, you might have to wait 4-5 weeks to get it. Will you give up and settle for one of ipad’s two biggest “competitors” – Samsung’s Galaxy Tab or the Motorola Xoom? We don’t think so.

The “i” supremacy: Apple tablets any day over Samsung and Motorola

Like someone pointed out last week to the president of the New York Federal Reserve, you might not be able to eat an iPad. But there’s definitely enough to salivate over in the new avatar of this tablet-market-leader.

The iPad 2, one-third thinner, 15% lighter than and twice as fast as the original iPad, is available in 18 flavors, with users being able to choose from sizes of 16, 32 and 64 GB, between WiFi-only and 3G-connected models using Verizon or AT&T, and also between black and white.

Yes, the iPad2 has two cameras – front as well as rear-facing ones – like the Galaxy Tab and the Xoom, a big improvement over the original iPad. Add to this the FaceTime support now available on the iPhone, iPod Touch and Macs, in addition to the iPad 2, consumers are seeing a lot of value in Apple’s video-conferencing feature.

The bigger screen offered by the 9.7-inch iPad 2 is much easier to hold than its predecessor, thanks to tapered sides, thinner design, and lighter weight (the original iPad tipped the scales at 1.5 pounds, while iPad2 is significantly lighter at 1.3 pounds). The Motorola Xoom, at 1.6 pounds, looks obese in comparison.

We also LOVE the smart covers that make the pad experience that much more colourful.

As for what else Apple did to absolutely ensure the “i” hype works, read on:

Instead of waiting until the summer when several tablets would be on store shelves competing against the original iPad for months, Apple offered up its iPad 2 before many of its rivals had a chance to release their devices, effectively cutting off any advantage competitors might have thought they had.

Even worse for those vendors, it probably cut off their ability to sell as many devices as they had hoped. Tough luck guys !

When Jobs said in January that he would be taking a medical leave of absence, some wondered if he would ever come back. But at the March 2 event unveiling the iPad 2, he did just that.

As a result, the event got way more attention than anticipated. The hype machine going full throttle, millions around the United States learned of all the benefits of owning an iPad 2 as they also heard about Jobs’ health status.

An extremely savvy move, which, by the looks of things, paid off in a big way.

When Apple CEO Steve Jobs announced the iPad2 launch, he made it clear to consumers that the latest tablet would be offered at the same price as its predecessor.

At those prices, five out of the six versions of the iPad 2 are cheaper than its chief competitor, the Motorola Xoom. It hits every price point, and along the way, it makes for a far more affordable option for people on any budget.

With the iPad2 sellout on Apple’s Website and these reports going global very quickly, it was a textbook case of “supply shortages becoming known to the public meaning good things for companies”.

Potential buyers thinking the device is more valuable than they had originally thought, those sitting on the fence are more likely to go out and buy the device, and all those sellouts remain in the headlines for quite some time.

The iPad2 benefited massively from the sellouts.

While Motorola has been doing a good job of marketing the Xoom, its advertising wasn’t half as catchy as Apple’s iPad ads.

To add to this, not enough people knew about what Xoom had on offer; enough for Apple to capitalize on.

And are you surprised ?

While industry experts had projected sales of 350,000 to 400,000 iPad 2s in its first weekend on release, their predictions were way too low with the iPad 2 being sold three times the amount of its predecessor last April.

When the original version of the iPad went on sale in April, Apple said it sold more than 300,000 in the first day, and more than 15 million in the first nine months, including 7.3 million to Christmas shoppers in the October-December quarter.

After its U.S. launch on Friday, the iPad 2 goes on sale March 25 in 26 other countries, including Mexico, New Zealand and several European countries.

So to sum it up, chances of Xoom sales figures coming close to matching those of the iPad 2 are, how should we say it, SLIM ?