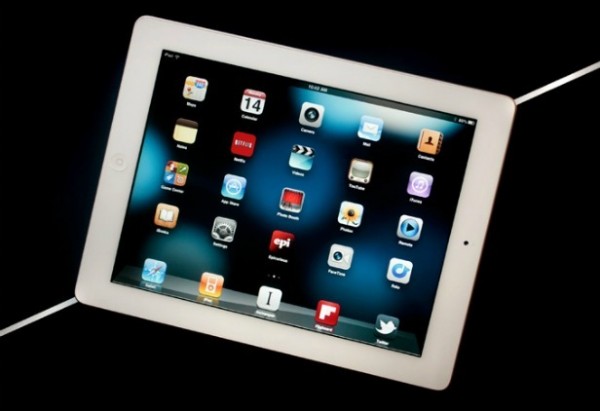 There are new rumors going around that the iPad 3, or the next generation iPad from Apple, will be coming out between February and April 2012. These rumors are coming out as Apple’s supply chain and component manufacturers are gearing up for an upcoming release.

Where’s the Evidence for the iPad 3?

One might wonder why Apple would release a device so soon after the Christmas season, but consider that Apple has an ongoing rivalry with Samsung, so there’s speculation that Apple might launch the iPad 3 in February in order to upstage Samsung’s (also rumored, but much more likely) February launch of their own next-generation Galaxy Tab. Samsung’s device is rumored to have specs – including a retina display-like screen – that will put it into serious contention with the iPad, at least in terms of hardware. The Samsung Galaxy Tab 10.1 is already regarded as Apple’s nearest competitor, although it remains in a distant second place.

There have also been suggestions that the unveiling might coincide with what would have been Steve Jobs‘ birthday on 24th February. This discrepancy between the two ‘launch’ timeframes could be down to the difference between ‘unveiling’ and (widespread) ‘availability’, which may feasibly be a few weeks or even a month later. Either way, a spring release would stay within Apple’s tradition, as the first generation iPad was released in April and the iPad 2 was released in March.

What’s To Be Expected from the iPad 3?

As previously predicted, the iPad 3 is likely to be just a bit thicker and will boast a high-resolution, retina display, screen based on new technology from Sharp. In fact, a better screen will be the key feature with the iPad 3, quite possibly a 2048 x 1536 display. There are also predictions that some of the most popular apps from Apple will have a higher resolution as well. That additional thickness should also include an A6 chip and — perhaps — a larger capacity battery. There’s a possibility of LTE support, and Nikkei Business recently “confirmed” such LTE support. If these upgrades do come with the iPad 3, it will put it on par with the iPhone and the iPhone 4S, both of which have the high-res screen.

Overall, if you haven’;t yet bought yourself a tablet, it might be better to wait a few months. It seems as if industry leaders can look forward to both an iPad 3 and a new Galaxy tablet from which to choose.