Facebook stock is struggling to make a comeback after making a steep drop in the wake of Cambridge Analytica scandal. And investors are gunning for ways to ensure stability in Facebook for considerable proceeds from their investment. It would be illogical to fully accept that the tech giant would strive smoothly if nothing is done to secure new trust from both the government and the platform users, with several responses ongoing to clamp down some of the platform activities – measures that would tighten revenue sources. A powerful investor group calls for Mark Zuckerberg to resign. This was released in a statement citing “new admissions of irresponsibility in the CEO’s planned testimony to the House Energy and Commerce Committee,” according to Verge.

“Mark Zuckerberg’s prepared testimony highlights a simple fact: He doesn’t understand how a large, global and publicly-held company is run. He currently has two jobs at Facebook — CEO and Chairman of the Board. It’s time for him to give up at least one, if not both, titles,” Open MIC CEO Michael Connor said in a statement. “It is long past time for Facebook to separate the roles of company CEO and Chairman, and for Mark Zuckerberg to resign or be fired.” 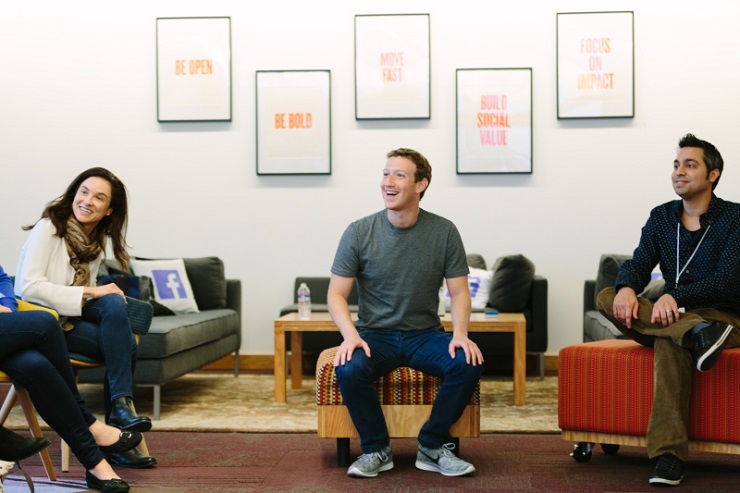 Mark Zuckerberg talks with guests at the Friends Day event in honor of Facebook’s 12th birthday at the company’s Menlo Park headquarters. (Jennifer Leahy for Facebook)

Open MIC apparently hold no Facebook shares but have a history of coordinating prime Facebook investors, hence, it has a big role to play in the company’s behavior for the good of the investors. Earlier this year, the group requested for many changes in the platform such as establishing an oversight committee for ongoing risk, and a shareholder report on election interference.

Facebook CEO Mark Zuckerberg is not receiving pressure to resign from Open MIC alone. Scott Stringer of New York City comptroller last week called for a change in the structure of Facebook’s board, on behalf of the pension fund of the city – a prime investor in Facebook. The recent declines in Facebook stock, Stringer referred to as a result of irresponsible management behavior. Since the release of the latest Cambridge Analytica details, the company’s stock has recorded almost 15 percent decline. Stringer Said: “We think there needs to be more board oversight. We think there needs to be an independent chairman of the board.”

Owen Thomas of The San Francisco Chronicles last week reaffirmed the opinion that the Mark Zuckerberg should resign. “The argument for Zuckerberg is his history: He has fallen on his face, time and time again, and picked himself back up,” Thomas wrote. “Zuckerberg has always bounced back, rallying his troops to amass new records for users, sharing more than ever before. But founders sometimes founder. Some realize their limits early.”

However, the Facebook CEO is adamantly resisting calls to give up control of the company. Mark Zuckerberg yesterday told The Atlantic in an interview that he’s not resigning. But he’s “very confident that we’re gonna be able to work through these issues.”

It is impossible for investors to unseat Zuckerberg against his will. He holds 60 percent of Facebook’s voting rights even though he has just 16 percent of the company’s stock. Facebook’s board last year blocked a plan which would have reclassified the company’s stock by establishing more voting rights to Zuckerberg who is preparing to testify before Congress later this week.