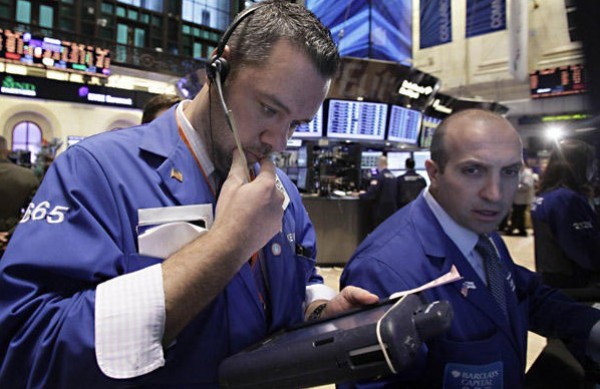 As per the Bureau of Economic Analysis, corporate earnings before taxes rose to $1.97 trillion in the third quarter of 2011.  The fourth quarter results could perhaps more importantly tell us what is 2012 looking like. U.S. corporate earnings grew at the slowest pace in the fourth quarter. Business magazines and analysts are expecting that the growth would continue to slow down even more in the first quarter of 2012.

It possibly might not be noticeable but corporate earnings are near their post-World War II high of about 10 percent, as a percent of GDP.  What investors are worried about is, whether corporate earnings can continue to rise even if the economy is not showing considerable increase?

But these corporate earnings come with a warning: ‘Don’t expect sizzling results from the financial sector’.  Analysts and industry leaders are on a mission to slash estimates faster than the jobs and compensations can be slashed by the banks.  The Occupy Wall Street crowd might savor and enjoy the fact that compensation for Wall Street employees could fall by 30 percent from that of last year.

Manufacturing magazine reported that the season for U.S. corporate earnings has begun Monday and Alcoa, one of the world’s largest aluminum manufacturer, is all set to report fourth-quarter results after the stock market closes.

The analyst forecast about the corporate earnings of Alcoa is now for a loss though there are expectations of Alcoa’s profits being scaled back sharply in the recent months.  Alcoa declared Thursday that, “Alcoa would take a $155m-$165m charge in the quarter for the costs of shutting down temporarily or permanently 12 per cent of its smelting capacity as it attempts to cut costs and respond to a weaker aluminum price”.

S&P 500 constituents’ corporate earnings, as a whole, are set to smash a record of eight quarters of double-digit gains in succession.  As the world economy stance has darkened and the eurozone debt crisis is deepening with signs of damage in emerging economies, there has been a remarkable scale back in the expectations for U.S. corporate earnings growth.

Various business news reported that Analysts and industry leaders are now expecting that S&P 500’s average earnings growth in the fourth quarter of 2011, will be 7.2 per cent, over the same quarter in 2010. In the beginning of October, the average S&P 500 forecast was for 14.5 per cent growth.

Investors continue to be skeptical about what is now seen as rosy estimates for earnings from analysts in the midst of qualms and worries about the growth prospects of the economy and the cost cutting ability of companies. For the second half of the year, confidence is raged due to longer-term calls having a greater risk of being wrong.

Though its’ not over yet, efforts are being taken to find way out of the woods.