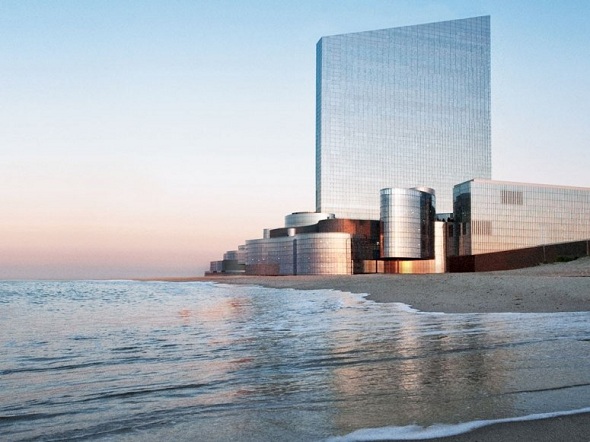 As the gambling Mecca – Atlantic City, continues to batter from the recent string of casino closures and bankruptcies, several investors have lined up to make a bid in hopes to restore the image of the city, including a Florida developer who has made a $90 million bid for one.

Court papers recorded on Wednesday indicate that Glenn Straub, a real-estate developer, is putting forth $90 million in cash to buy out Revel Casino Hotel that closed this month following its second bankruptcy filing in years.

Mr. Straub said the all-cash bid represents “an opportunity to turn things around.”

“That’s what they need right now a new direction,” he said. “Give us our six months, and we’ll actually physically be open. In two years, we’ll be 100% open.” Mr. Straub’s plans are not known whether he would operate the casino and hotel as a casino. The bid is still subject to approval from bankruptcy court.

“It’s just a coincidence that that building was something we were working on,” he said. “We feel the city needs what we do, we are like doctors who turn around sick patients. We turn around big properties.”

Alex Meruelo, whose California-based Meruelo Group a year ago made a fizzled attempt to acquire the Trump Plaza casino in Atlantic City, likewise has made an offer, as per an individual acquainted with the matter.

Due to increasing competition from newer casinos built in rival states, Atlantic City had three of its 12 casinos closed this year alone, with two more put down for closure. The closures could lead to more than 8,000 unemployments from the current figure of 32,000 jobs.

On Tuesday, Trump Entertainment Resorts Inc. put two of its casinos – Trump Plaza and Trump Taj Mahal into bankruptcy. Trump Plaza, started by celebrity owner Donald Trump was already put down for shutting. During a bankruptcy-court hearing on Wednesday, a Trump Entertainment attorney told a judge that there was a critical probability that Taj Mahal would be compelled to close soon too.

In June, Revel Casino Hotel recorded its second Chapter 11 filing and shut its doors in the beginning of September after a failed attempted at finding a buyer. As per court papers, the $2.4 billion property had recently $3.7 million available when it filed for bankruptcy.

Revel rose up out of its first bankruptcy filing in May 2014 under the control of its lender after having cut more than $1 billion in debt from its balance sheet. Revel had employed more than 3,100 before it shut down earlier this month.