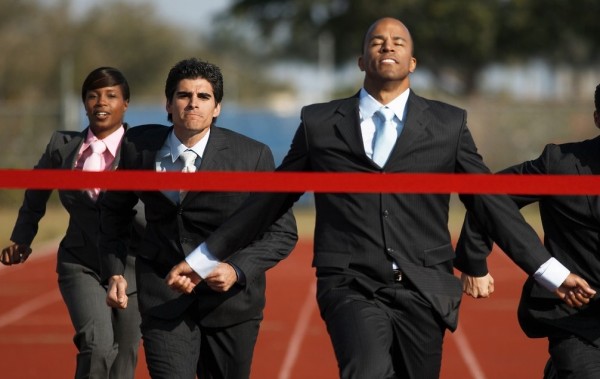 Small and medium-sized business owners in the United States were the second most likely (at 26%) after those in Spain (39%) to believe they could make more money running their own business than they could while they while were employed. That statistic is just one of the many business trends revealed in a recent wide-ranging international survey released recently by business insurance firm Hiscox.

Business Trends to See in 2012

Running a business is tough work, and there are many things that affect the success of a business and the perception industry leaders have about the business and economic climate. Half of US SMEs felt neutral about the benefits of the North America Free Trade Agreement; 40% felt negatively and 10% felt positively. NAFTA removed most of the investment and trade barriers among the U.S, Canada, and Mexico when it was implemented in 1994.

Another surprising business trend from this survey is that only 14% of US SMEs believed the legal system was helpful for their business, the lowest proportion internationally. One of the big things that could be worrying businesses about the U.S. legal system is the U.S presidential election, where the legal system for them could change, depending on who wins in November.

On an Individual Scale, Businesses are Not Growing

The international survey also found that 57% of US SMEs reported zero or negative growth in the past year, while 62% reported shrinking or static profit margins. Even though many major industries ended 2011 well, such as the manufacturing industry and the food and beverage industry, global economic problems like the Eurozone crisis and rising prices are affecting businesses on an individual level. It’s tough to say whether these number will get better or worse in 2012.

No growth, or shrinking growth, is also affecting the number of people businesses and industry leaders are hiring. Fewer than 8% of U.S. SMEs are planning to recruit/hire in the 2012, and many of these positions are in executive leadership. This means that businesses will need solid growth in 2012 in order to be ready to hire toward the end of this year or in the beginning of 2013. The international survey indicates that businesses are in a very fragile position right now and may be afraid to hire simply because they don’t want to take on the risks of higher labors costs.