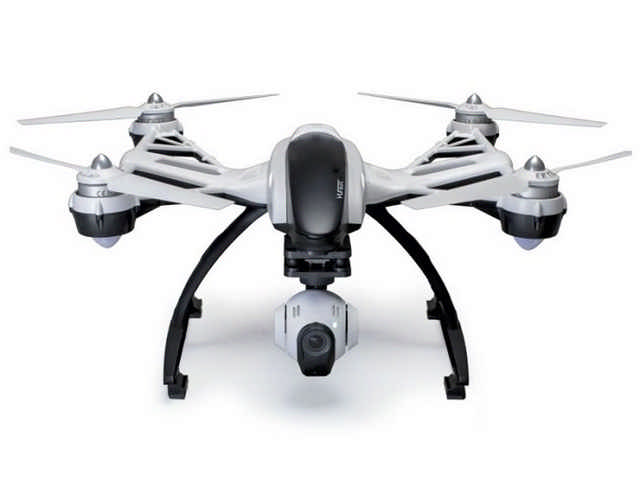 Through the collaboration, both the companies plan for product development, where the big chip maker – Intel may be incorporated into future Yuneec drones.

Yuneec International is a Shanghai-based drone and aerospace manufacturing company founded in 1999, having over 1,800 employees located in Hong Kong, Shanghai, Los Angeles and Hamburg, Germany. It makes a range of drones designed for aerial photography and imaging. The company started with manned electric aircraft before introducing its first unmanned drone in 2014. For instance, its Typhoon Q500 model, priced at $1,299, comes with 4K video recording and ultra high definition camera to help enable smooth flying. It can be set up to automatically follow a user’s movements on the ground, the company says.

Where some other drones available in the market require assembly or configuration by users, Yuneec emphasizes that its products are ready to fly out of the box. Yunnec has gained more than $USD 60 million funding from Intel’s venture capital arm.

Intel has earlier invested in drone making companies like PrecisionHawk and Airware, as the company seeks to sidestep the declining PC market by investing in the commercial products of drones.

Unlike earlier remote-control planes, Drone devices can be programmed for autonomous actions like flying home, or hovering in a fixed position. Intel is working on enhancing drones’ abilities by embedding special cameras mainly designed to help avoid objects without human assistance.

Intel Chief Executive Brian Krzanich said in a video announcement that Yuneec and Intel will jointly produce the commercial products of drones. He also briefed regarding drones that they have many potential uses, including inspecting disaster sites, and delivering packages, filmmaking, mining and construction and many more. Drones are becoming an increasing area of interest and the company is moving forward to change the world and revolutionize the industry, he added.

Venture capitalists and companies are funding drone technology on the expectation that the autonomous aerial vehicles will prove beneficial for consumers and industrial customers. Major US companies like Amazon, Facebook and Google are at present in the race to develop drones that can be used for speedy delivery to consumers.

Krzanich said that Intel’s move is the latest indication to take the chip maker firm beyond the components of computers.

Last week, during an event held in San Francisco, Krzanich has displayed robots, drones, and other new-wave gadgets while giving some high-profile speeches. Krzanich concluded that both the companies have got drones on their road map that will revolutionize the drone industry with their combined efforts.

Anna Domanska
Anna Domanska is an Industry Leaders Magazine author possessing wide-range of knowledge for Business News. She is an avid reader and writer of Business and CEO Magazines and a rigorous follower of Business Leaders.
« Paddy Power and Betfair in Talks Over $7.85 Billion Sports-Betting Merger
Best Day for the Nation! Crude Oil Surges $USD 42.56 per Barrel »
Leave a Comment
Close