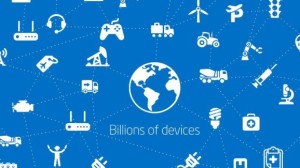 Intel announced the release of a new platform called Intel IoT Platform, which it claims is an end-to-end reference model of its products, offering a foundation to unify and simplify connectivity and to deliver data to the cloud and build on the value of analytics.

Intel’s focus on Internet of Things seems a rational decision because the IoT is largely dependent on chips and currently Intel is the largest chip maker in the world. Its IoT business unit created last year has almost reached revenue of $2 billion per year, with a yearly growth of 18 percent.

In line with the new platform, chip giant Intel has also launched integrated hardware and software products. In addition, Intel said it is expanding its relationship reach with system integrators that promise to move IoT securely from infancy to mass deployment.

The Santa Clara, CA firm has also forged partnerships with a slew of other tech companies including Accenture, Booz Allen Hamilton, Capgemini, Dell, HCL, NTT, SAP, Tata Consultancy and Wipro. By forging the platform data will be unlocked much faster to draw out meaningful information and value for consumers and businesses, Intel said.

According to Intel’s announcement, the gateways are competent enough to turn machines that have never been networked into connected devices, translating older proprietary protocols into usable streams of data on IP networks.

“The Intel IoT Platform helps deliver innovations to market faster, reducing solution complexity and delivering actionable intelligence faster by offering a defined, repeatable foundation for how devices will connect and deliver trusted data to the cloud,” the firm said.

Doug Davis, VP and general manager, Internet of Things Group, Intel, said that with the platform, the firm is going to further expand its IoT product family beyond silicon with improvements to its pre-integrated solutions that make IoT more accessible to solution providers.

“IoT is a rapidly growing market but faces scalability hurdles,” he said. “By simplifying the development process and making it easier to deploy new solutions that address market needs, we can help accelerate innovation.”

On the software and hardware front Intel says it is delivering a roadmap of integrated hardware and software products to support the Intel IoT Platform.

Anna Domanska
Anna Domanska is an Industry Leaders Magazine author possessing wide-range of knowledge for Business News. She is an avid reader and writer of Business and CEO Magazines and a rigorous follower of Business Leaders.
« Microsoft, Accenture Partner to Launch A New Hybrid Cloud Offering
McDonald’s to roll out slimmed-down menu next month as sales slide »
Leave a Comment
Close