Intel has been looking to hive off some of its chip business and a recent interview by its CEO, Bob Swan, even hinted at going lean and outsourcing its chip-making business.

Intel Corp has cut a deal to sell its Nand memory chip unit to South Korea’s SK Hynix Inc. for about $9 billion.

The chipmaker will acquire the Intel unit, which makes flash memory components for computers and other devices in stages through 2025.  The deal includes Intel’s solid-state drive Nand flash and wafer businesses, as well as a production facility in the northeastern Chinese city of Dalian.

The Korean company said it will pay Intel $7 billion before the end of 2021, then the rest by March 2025

The chip-making industry as other technology-related businesses has seen a boom during the Pandemic. Demand for chips used in everything from smartphones to data centers has gone up. Hynix’s shares fell about 1.8% after analysts raised concerns about the price tag on its largest acquisition ever.

“Hynix is now entering the hyperscale control chip business by purchasing Intel’s business. Although there is some skepticism about the price of the deal, I think this won’t be a burden because it will ensure solid long-term cash flow,” said Greg Roh, an analyst at HMC Securities. “The market consolidation is good news for Korean memory chipmakers, and will alleviate oversupply issues.” 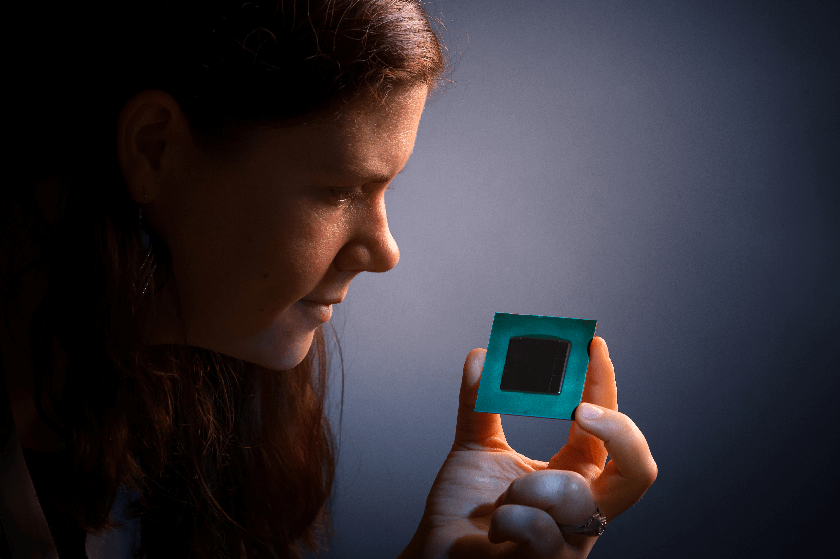 Intel has been exploring options for the flash group. Hynix will be buying Nand, which is not as advanced as the Optane, which develops chips that are faster and can store larger data permanently.

Optane was used by Alibaba to support its massive Singles’ Day sales and Bob Swan described Optane as “something special” last year.

A Bloomberg Intelligence report says the acquisition of Nand by Hynix will help it push past its competitor Kioxia — a Toshiba Corp. spinoff.

The Nand market will now be dominated by Samsung, SK Hynix and Kioxia which together command more than 70% of revenue share, aiding NAND price recovery and narrowing losses, in our view.

Citigroup advised Hynix, while Bank of America worked for  Intel. The deal could allow Hynix to surpass Kioxia — a Toshiba Corp. spinoff — in the Nand flash market, according to Bloomberg Intelligence analyst Anthea Lai.

Intel has the distinct advantage of having a 50-year head start in the industry and having a first-class design and manufacturing team in place. In chip making, along with design, the manufacturing process is as important as it is crucial to see that the chip can hold as much data information as possible.

Intel has been looking to hive off some of its chip business and a recent interview by its CEO, Bob Swan, even hinted at going lean and outsourcing its chip-making business.

Since taking over in 2019, Swan has looked to sell several units that aren’t part of the company’s focus. Swan talked of a contingency plan while discussing a postponement in production plans, before the announcement of the company results.

The Santa Clara, California-based company now lags behind some industry players in manufacturing technology. Its shares are down about 9% so far this year, while the benchmark Philadelphia Semiconductor Index is up almost 29%. Shedding another non-core business could help Intel focus on fixing its chip technology woes.

For the $400 billion chip industry outsourcing is not new, but Intel is synonymous with chips designing and for it to suggest such a move was not palatable to many.

“Pursuing this option would represent a huge shift in the industry and the end of Intel’s biggest differentiator,” Cowen & Co. analyst Matt Ramsay said to Bloomberg. Intel has over the years spent billions of dollars keeping up its manufacturing capabilities, so it would be a very tough decision to now outsource its chip making.