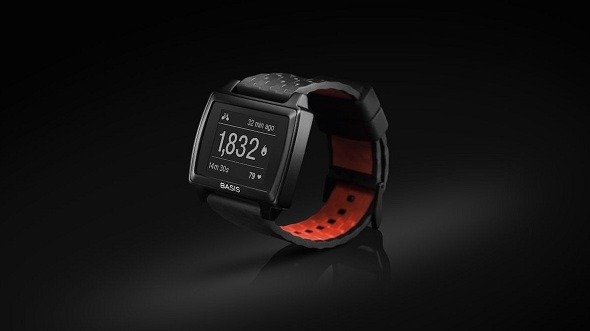 The wristwatch activity tracker known as Basis Peak is still targeted at its core demographic (mostly runners), while giving them a little something extra as the smartwatch revolution heats up.

The wristwatch activity tracker known as Basis Peak is still targeted at its core demographic (mostly runners), while giving them a little something extra as the smartwatch revolution heats up.

The Basis Carbon Steel (also $199), which was launched last year was considered one of the most advanced models on the market which used automatic algorithms to keep track of daily activity of a user. Like its predecessor, the Peak is also loaded with sensors capable of tracking user movement, heat dissipation, sweat output, blood flow and heart rate. This time, however it can also track heart rate during workouts, thanks to tiny sensors embedded into the backside of the device. The sensors work 24/7, so users can monitor their heart rate even during times they don’t think to track it.

The Basis Peak fitness tracker is constructed with forged aluminium features a touchscreen with gesture recognition and Gorilla Glass protection. The strap is customisable soft silicone, with ridges on the underside that promote airflow. The tracker is water resistant, up to 50 meters (5ATM water resistant), which should ideally make it suitable for swimming. It includes a vibration motor for alerts, magnetic charging cradle and is available in two colors combinations: brushed silver with a white strap, and matte black with a black strap. The Basis Peak fitness tracker promises battery life up to four days.

While the Peak is not a full smartwatch, it can support a few very basic smartwatch features, such as notifications of incoming calls and text messages, and using BLE to connect to iOS and Android phones. When there is an incoming call, email or message, the Peak will vibrate and the text will appear on-screen. However, users won’t be able to respond from their wrist. Basis says it’s releasing an API, so that third parties will be able to send notifications to the watch as well.

The Basis Peak which is priced at $199 will be available in the US beginning November at select retailers such as Amazon, Best Buy and the company’s own online store (mybasis.com). The new fitness tracker will be also launched in Canada and the UK later this year.

Anna Domanska
Anna Domanska is an Industry Leaders Magazine author possessing wide-range of knowledge for Business News. She is an avid reader and writer of Business and CEO Magazines and a rigorous follower of Business Leaders.
« HP Unveils New Stream Tablets And Laptops, Starting As Low As $99
Google Drive for Education offers unlimited storage for schools and students »
Leave a Comment
Close