Intel Corp Chief Executive Brian Krzanich resigned on Thursday following an investigation into a “consensual relationship with an Intel employee,” the company announced.

Chief financial officer Robert Swan will step in as interim CEO, effective immediately, and the board has already begun the hunt for a successor.

“An ongoing investigation by internal and external counsel has confirmed a violation of Intel’s non-fraternization policy, which applies to all managers,” the company said in a statement. “Given the expectation that all employees will respect Intel’s values and adhere to the company’s code of conduct, the Board has accepted Mr. Krzanich’s resignation.”

Krzanich (pronounced Kris-an-itch) violated a policy that said managers cannot have relationships with people who report to them either directly or indirectly.

According to CNBC the relationship that led to Brian Krzanich’s disbarment sometime back, however, the company was only recently informed about it. An investigation quickly resulted in today’s announcement and leadership changes. 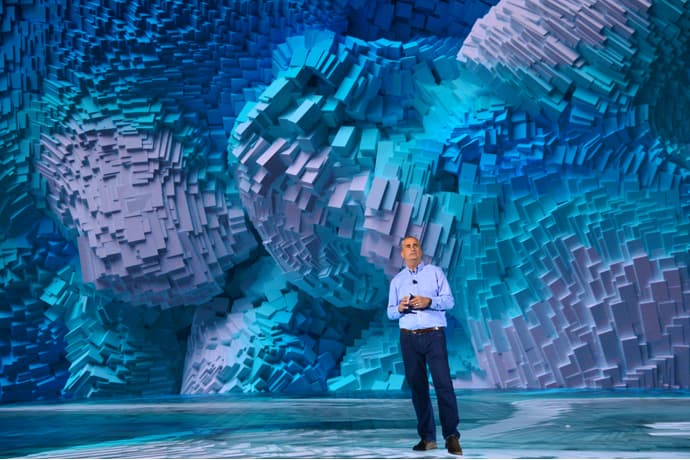 Krzanich, 58, had held the CEO position since May 2013, according to a summary of his biography on Intel’s website. Before that, he served as executive vice president and COO. He first joined the company in 1982.

He was tasked with transforming Intel beyond the stagnant PC market after decades spent comfortably as a chip manufacturing leader. His goal as outlined in a 2016 memo, had been to “transform Intel from a PC company to a company that powers the cloud and billions of smart, connected computing devices.”

The new Intel CEO must maintain the company’s leadership position in data center chips. Whoever takes over will also need to find a way to crack the mobile device market, integrate a series of acquisitions and oversee an expansion into new businesses such as Internet of Things and automotive components.

Anna Domanska
Anna Domanska is an Industry Leaders Magazine author possessing wide-range of knowledge for Business News. She is an avid reader and writer of Business and CEO Magazines and a rigorous follower of Business Leaders.
« China’s Plastic Waste Ban Will Displace 111 Million Metric Tons of Waste
Creator, the burger-flipping robot begins shift in July »
Leave a Comment
Close

The Ikea and Rockefeller foundations are jointly launching a $10 billion fund to promote small-scale renewable power projects in developing nations. Both
13 hours ago

EU antitrust regulators are planning a formal investigation into Google’s digital advertising practices by the end of this year. Google is already facing unprecedented regulatory
21 hours ago