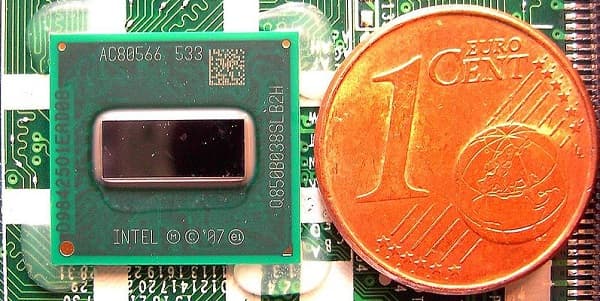 It was merely a question of time before Intel Corp. would begin to focus on its mobile processor segment, considering the runaway success of Qualcomm. Not surprisingly, the US-based company has for some time now been working on improving its standard Atom mobile processors. And at last the launch of the new microarchitecture – Silvermont – was solemnly announced by Intel Corp.’s chief product officer Dadi Perlmutter on the 6th of May. Industry analysts consider this to be a bid to tap mobile gadgets, microservers, etc. Currently, these segments are showing nascent growth and Intel Corp. hopes to challenge Qualcomm’s dominance in these media platforms.

Intel Corp. as the largest maker of processors for desktops and PCs has been one of the most successful chipmakers in the world, powering many brands. It now looks to establish itself as a dominating and top provider in the microarchitecture segment as well with its new offer Silvermont.

Dadi Perlmutter during the announcement highlighted the various technical improvements and innovations introduced to their ATOM processor to align it with micro gadgets.

The focal feature with Silvermont is the improved computing performance: it is expected to triple the computing power over other chips in this segment and will consume lesser power, nearly five times less than competing chips.

It is not a big surprise that most of the chips in the mobile and micro gadget segment, like Qualcomm, develop their processors under a technology license agreement with ARM Holdings, Intel Corp.’s major rival.

ARM Holdings has developed unique power-efficient technology that has helped designers and makers such as Qualcomm to offer chips that consume less power in comparison to the Intel Corp.’s Atom processors, thereby making them more popular.

According to detailed statements, Silvermont will now be available on Bay Trail, Intel Corp.’s 22-nanometer chips for tablets, expected to release in fourth quarter of 2013. These chips are likely to deliver double the performance of the current range of chips available for tablets.ay.

Besides, Silvermont is also expected to improve the performance of its microserver range of chips- Merrifield as well as Avoton.

However, the major challenge for Intel Corp. so far in the tablet and mobile processor segment has been the delay in delivering wireless or Long Term Evolution(LTE) chips. In the US most of the recently launched smartphones are aligned with LTE and this is the reason for Qualcomm’s unchallenged success. Both the Apple Inc.’s iPhone and Samsung Electronics Co.’s Galaxy series are now powered by Qualcomm’s chips and are known to the most selling smartphones in the country in the past few quarters.

Silvermont is expected to optimize transistors, metal shacks and everything in-between, according to the chip’s chief architect – Belli Kuttanna. The chip is positioned as a unique product that can tune at lower power – all instructions for fetching as well as decoding in the macro-operation level are executed in ‘fused’ process. Therefore there is lesser hardware support required. Additionally, the low-power state ensures faster wake-up and includes differential cache-flushing techniques.