Intel is not able to meet its chip manufacturing commitments, forcing it to consider outsourcing. The new led to a fall in its stock prices

Intel Chief Bob Swan’s revelation that the company is considering outsourcing its chip manufacturing led to the chip company’s stocks tumbling almost 18 percent on the bourses.

Swan talked of this contingency plan over a conference call with analysts on Thursday while discussing a postponement in production plans, before the announcement of the company results.

For the $400 billion chip industry outsourcing is not new, but Intel is synonymous with chips designing and for it to suggest such a move was not palatable to many.

“To the extent that we need to use somebody else’s process technology and we call those contingency plans, we will be prepared to do that,” Swan told analysts on the conference call. “That gives us much more optionality and flexibility. So in the event there is a process slip, we can try something rather than make it all ourselves.” 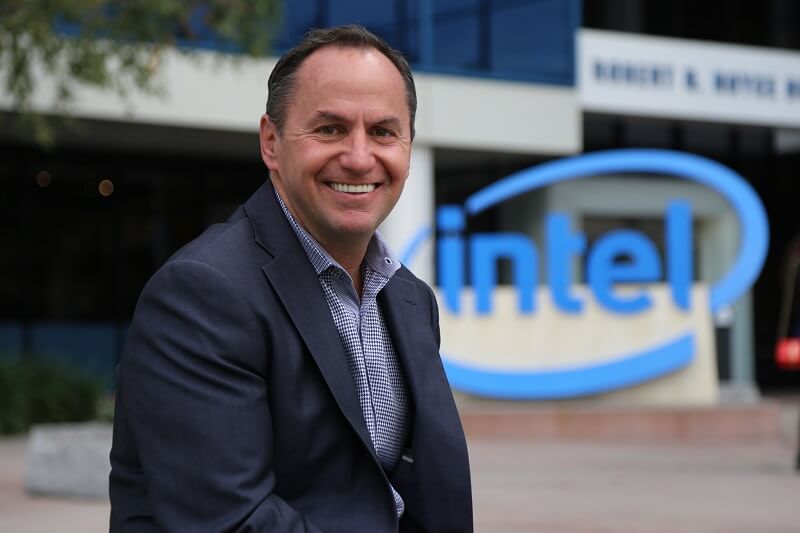 Intel has the distinct advantage of having a 50-year head start in the industry and having a first-class design and manufacturing team in place. In chip making, along with design, the manufacturing process is as important as it is crucial to see that the chip can hold as much data information as possible.

“Pursuing this option would represent a huge shift in the industry and the end of Intel’s biggest differentiator,” Cowen & Co. analyst Matt Ramsay said to Bloomberg.

There are many companies that have entered the fray, especially in the Southeast Asia region. But they are more into manufacturing than designing, which allows them to undertake outsourcing orders. The Taiwan Semiconductor Manufacturing Co is a case in point. It is fulfilling orders for Intel competitors such as Advances Micro Device Inc (AMD).

Intel’s latest technology, the 10 nanometer was announced for 2017 production but it got delayed and has only now moved into mass production.

The latest iteration of nanometer 7 is nowhere under production.

“You didn’t need to read anymore,” Sanford C. Bernstein analyst Stacy Rasgon said. “Whatever little credibility they had is out of the window.”

Swan was questioned on why Intel was delaying production and what were its plans for the future on the conference call.

Swan was not very clear about where the company was going with its manufacturing plans. “What’s different is we’re going to be pretty pragmatic about — yes if, and if and when we should be making a step inside or making it outside and making sure that we have optionality to — yeah build internally mix and match inside and outside or go outside in its entirety,” he said at one point.

he obvious choice for Intel would be to go its rivals’ way. That is embrace outsourcing. But the problem is all the best manufacturing companies in the business are already processing orders for the competitors. It would not be easy for Intel to get a quick manufacturing partner like the Taiwan Semiconductor company.

“They can’t go to TSMC because it doesn’t have the capacity,” Bernstein’s Rasgon said. Swan was earlier CFO of Intel and was a reluctant candidate for the CEO role of Intel. Intel has over the years spent billions of dollars keeping up its manufacturing capabilities, so it would be a very tough decision to now outsource its chip making.

Apple has also decided to go with the Taiwanese company for its ARM seven-nanometer chip meant for its latest Mac. Intel, on its part, has been unable to bring down the sizes of its processors chips below 14 nanometers for a long time.

“This news has negative longer-term implications for Intel, in-line with our concerns around Intel’s future market share,” Brad Gastwirth, chief technology strategist at Wedbush Securities, wrote in a note to investors regarding the Apple shift. News of a prospective MacBook away from the Intel processor sent its shares in a fall.

Apple has been unhappy with the progress of Intel’s chip designs and has blamed it for the slowdown in its sales of Mac computers. Intel’s updates for the MacOS have been few and far between in recent years, which has led to customer complaints.

Anna Domanska
Anna Domanska is an Industry Leaders Magazine author possessing wide-range of knowledge for Business News. She is an avid reader and writer of Business and CEO Magazines and a rigorous follower of Business Leaders.
« Android’s new Update 11 goes by the name of Red Velvet Cake
Ritter Sport win case against Milka Chocolates for exclusive rights to its square shape »
Leave a Comment
Close