Intel bets on insider as names Krzanich as CEO 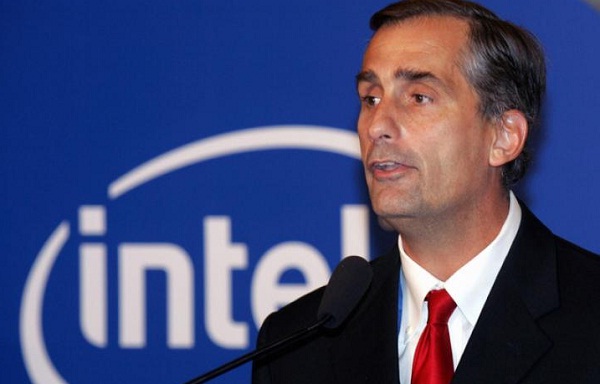 Intel Corp. has bet on a faithful employee  as it announced that Brian Krzanich was named as chief executive officer. The choice was much predictable, yet analysts hoped for a professional out of the company who would bring fresh ideas and revolutionary changes to Intel which has been struggling due to a slump in demand for PCs. New Intel CEO Brian Krzanich is widely expected to introduce steps aimed at adjusting the company to growing popularity of mobile devices as this electronics segment has not been a main focus of the chipmaker .

On the 2nd of May, Intel Corp. solemnly informed that Brian Krzanich would take a place of  Paul Otellini as chief executive officer. Since the Intel CEO announced its plans of retirement in November 2012, analysts have been naming several people from inside as a possible successor. These speculations were correct as Brian Krzanich will succeed Paul Otellini as chief executive office, starting from the 16th of May. Brian Krzanich, who has been working faithfully for the company for more than 30 years, will become the sixth chief executive officer at iconic Intel Corp. The choice is not so much surprising as the company has a culture of appointing people for the top positions from the inside so that everything stays in the “family”.

Analysts are strongly convinced that the nomination of Brian Krzanich points out that Intel Corp. will try to win a bigger market share in the mobile chips segment. In addition, many experts note that the board’s choice suggests that Intel Corp., the world’s biggest chipmaker, will significantly boost investment as it will aim to get beneficial contracts in the mobile devices market. But it does not mean that Brian Krzanich will lose interest in the PC and server markets as they are still very valuable for the company.

The question is whether Paul Otellini wanted someone like Brian Krzanich to replace him as when he announced his retirement, he highlighted in a statement: “After almost four decades with the company and eight years as CEO, it’s time to move on and transfer Intel’s helm to a new generation of leadership.” Many doubt that Brian Krzanich really represents this “new generation of leadership.”

Without a doubt, Intel Corp., the world’s biggest chipmaker, has been struggling due to the ongoing revolutionary change in the electronics segment as the mobile devices are gaining more and more zealots. The fact is that the company is, however, indolent when it comes to adjusting to new conditions in the market.  Analysts note that it should be more aggressive in its approach if it wants to top Qualcomm Inc. in making semiconductors for mobile devices.

New Intel CEO Brian Krzanich will have to find a way to strengthen the company’s position in the mobile devices market. These days the situation looks rather gloomy as mobile devices are not the main focus of the company. Intel Corp. has to tackle a slump in demand for PCs which also affect the company’s business. While the PC market slump around 3.7 percent in 2012, the industry saw only tablets shipments surge nearly 80 percent, according to the report by researcher IDC. The aforementioned trends are not going to change in 2013, thus Intel Corp. needs to change its approach.

For the strategy of the new Intel CEO we will have to wait, yet Brian Krzanich underlined that he would present his vision in the near future.

During IBM’s earnings call with analysts, Krishna said he knew that the January transformation in IBM’s strategy to invite more ecosystem partners would “take time for result
18 hours ago