Reducing waste has been a big priority for companies like Intel and Dell to earn green points. 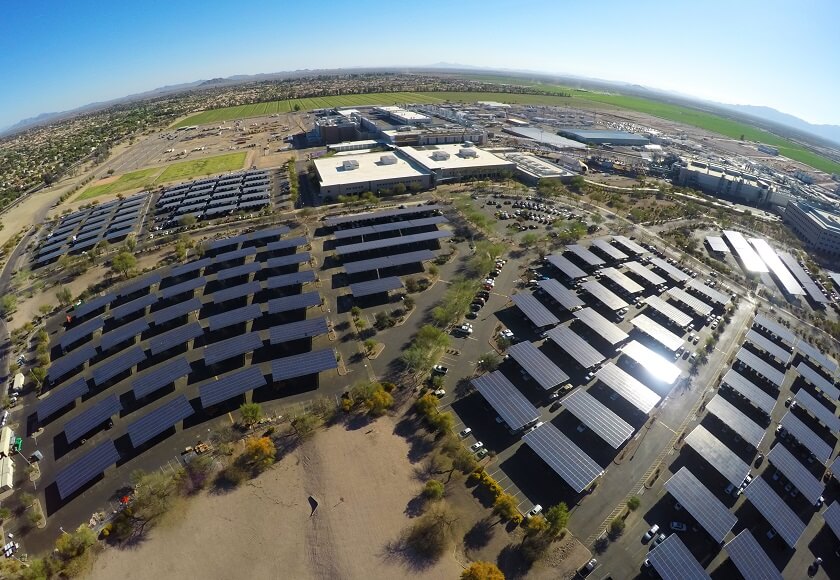 Tech giant Intel unveiled its environmental goals for 2030 recently, committing to cut down its greenhouse gas emissions and waste significantly. By the end of the decade, Intel aims at relying primarily on renewable energy for its global electricity use and eliminate the trash that is being sent to the landfills. It also announced that it would fulfill much of the targets it set for the year 2020.

Currently, the company is recycling more than 90% of its trash and sending almost no hazardous waste to the landfills. The number of greenhouse gases the company pumps out also dropped to roughly 30% since the year 2010, although its annual emissions crept up each year since 2016 as more business under it grew. In terms of water use, Intel cut down its consumption by 38%, which is saving 44 billion gallons in the past decade. “What runs through all of this is that it’s an integrated approach across all of Intel at all levels of the organization, it’s tied back to our purpose as a company,” Suzanne Fallender, Intel’s director of corporate responsibility, tells The Verge.

As scientists warned of an impending catastrophic climate change if greenhouse gases don’t get close to zero by 2050, many tech giants like Intel made sweeping environmental goals to reach in its wake. Dell too plans to cut greenhouse gas emissions from its operations and electricity use to half by the year 2030. Microsoft set an ambitious goal in January recently of drawing down more carbon dioxide than it emits by the year 2030. The company has too virtually eliminated its carbon footprint since 2012 by cutting down much of its planet-heating pollution and then offsetting or capturing the rest of the emissions.

Intel plans to cut down another 10% of carbon dioxide that comes from its factories, and that’s generated from its electricity use. Last year, those carbon emissions amounted to 2.79 million metric tons— less than the amount one coal plant might pump out in a year. It already purchases enough renewable energy to cover more than 70 percent of its electricity consumption worldwide

The bulk of Intel’s contribution to the climate crisis comes from its indirect emissions, the ones generated along the supply chain for its products or released as a result of consumers using those products. In 2019, the indirect emissions from Intel amounted to roughly the same amount of carbon dioxide that more than five coal-fired power plants would exhale in a year. Tackling those emissions would be a greater challenge, which the company says it is working on it by make its products more energy efficient. Intel’s notebooks have become 14 times more energy-efficient since the year 2010. Its data center products too at present are 8.5% more efficient.

Intel also hopes to work with subsequent PC manufacturers that buy its chips from, to cut down the carbon footprint of computing. “We think we can take that to a whole other level in looking at sustainability factors,” Fallender says. “We know that our customers in that space also have strong aspirations there, so we think there’s a lot of great opportunity for collaboration.”

Reducing waste has also been a big priority for companies like Intel and Dell to earn green points. Intel is now sending less than 1% of its hazardous waste to landfills by finding ways to reuse it or treat it so that it’s no longer toxic. The ammonia that it leaves behind from manufacturing is reused in the form of fertilizers. The calcium fluoride waste is reused in cement. The environmental announcements by Intel came alongside other goals the company has made as part of its CSR report. The company also wishes to double the number of women and underrepresented minorities in senior leadership positions over the next decade.

Anna Domanska
Anna Domanska is an Industry Leaders Magazine author possessing wide-range of knowledge for Business News. She is an avid reader and writer of Business and CEO Magazines and a rigorous follower of Business Leaders.
« 5 Mistakes Startups Make That Hurt Their Revenue
Disney Chief Becomes Tiktok CEO »
Leave a Comment
Close

Companies have raised over $400 billion in the first three weeks of 2021 as stimulus packages from governments and central banks have led to...
16 hours ago