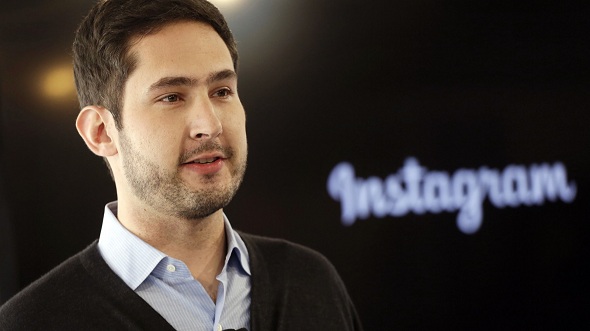 Instagram founder and chief executive Kevin Systrom is joining Wal-Mart’s board of directors as the world’ biggest retailer bundles up its moves to expand in varied horizons using technology to compete against online rivals such as Alibaba and Amazon.com

With mounting competition from fierce rivals such as Amazon.com and Alibaba Group which made a historic IPO debut this month, Wal-Mart is pulling solid strategies to step up its game when it comes to e-commerce.

A month ago Wal-Mart upgraded its site to be more mobile friendly and said it was also upgrading its search engine and recommendation tools.

“Kevin’s entrepreneurial background and his technical and digital expertise will be invaluable as we further connect with customers and deploy new capabilities through e-commerce and mobile channels,” Rob Walton, chairman of Wal-Mart, said in a statement. “Kevin’s passion and deep knowledge of social media align with our focus to engage customers through our digital and physical channels.”

Systrom will serve on the Wal-Mart’s technology and e-commerce board as well as its compensation, nominating and governance committee.

Systrom founded Instagram in 2010 and currently has over 200 million monthly users. It was acquired by Facebook for $1 billion in 2012. Systrom remains to be the CEO of the company.

“It’s an honor to join the Wal-Mart Board and have an opportunity to help provide more convenient and flexible ways for people to shop,” Systrom said, in a statement.

Not long ago, Systrom joined the governing body of KCRW, a community radio station in Los Angeles.

When it comes to online sales, Wal-Mart has seen quite a defeat. Its online sales increased by 30% last year, reaching $10 billion, which of course represents a mere 2% of the retailers annual income.

Wal-Mart is a lagging far behind rivals when it comes to its presence of Instagram. Its rivals are pulling sales through photo-sharing social media networks such as Instagram. Target has more than 362,000 followers on the site, whereas Wal-Mart has just 44,000 followers. Target recently incorporated technology that permits users who “like” an item on the Target Instagram account and later buy the product on the store’s website.

More and more social networks are helping retailers to attract customer base on their platform, such as Facebook and Twitter with their infamous “buy buttons”, that let fans effortlessly discover and purchase an item that they have “liked” on the social media page.

In 2012, another Yahoo CEO, Marissa Mayer was appointed to Wal-Mart’s board.

Anna Domanska
Anna Domanska is an Industry Leaders Magazine author possessing wide-range of knowledge for Business News. She is an avid reader and writer of Business and CEO Magazines and a rigorous follower of Business Leaders.
« Emaar Raises $1.6 billion in IPO, Dubai’s Biggest IPO since 2007
Highlights ‘IDF 2014’: Intel changing the future of tech »
Leave a Comment
Close

A GPS navigation satellite built by Lockheed Martin is set to ride a reused SpaceX booster on a launch from Cape Canaveral, Florida, Thursday. It will be the first time a military
17 hours ago