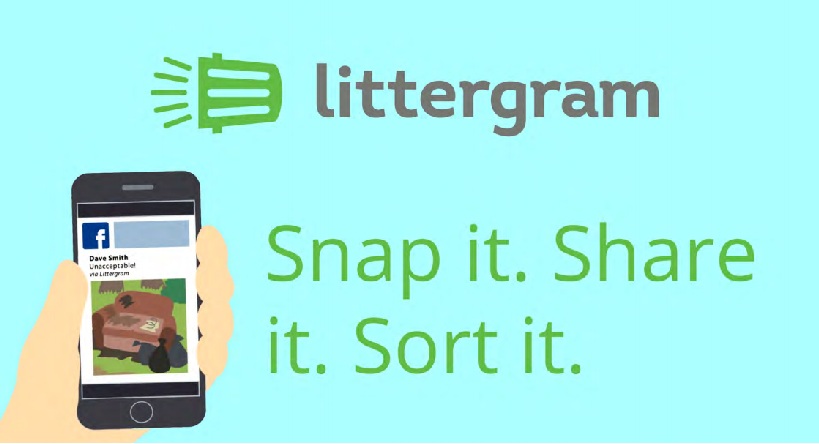 There’s an app in the United Kingdom, which enables people to report trash on the street by capturing pictures of it and uploading it to the app so that local authorities can do something to sort it out. But Instagram is not happy about the app’s name – Littergram – and wants them to change it.

Facebook suggests that the name of the anti-litter app is not at all acceptable as it sounds really similar to the name of its photo-sharing app – Instagram. Well, the Zuckerberg-led company needs to know that when your company or product is hit, people will try to use it for their business. However, the name of this litter-reporting app should not bother the tech-giant because it doesn’t look like a competition to their popular photo-sharing app.

Danny Lucas, the founder of Littergram, developed this app, which is currently aimed for the people of UK, who share the pictures of the litter and also share the location so that the local authorities can clear it or take the required action.

The tech-giant has given the anti-litter app three to six months of time to phase out the name. In the letter that Lucas received from Facebook’s lawyers said:

Our client appreciates the social objectives behind the Littergram project and the personal time, money and effort Mr. Lucas has invested in it. However, having taken everything into consideration using LITTERGRAM as the name for the project is still not acceptable for our client. It utilizes and relies on social media usage to achieve its aims and our client cannot allow use of such a name in relation to services which are core to its world renowned activities in this area.

As a response to this letter, Lucas made a video, pleading Mark Zuckerberg to not take any legal actions against his litter-reporting app, and join forces with him instead. But if Zuckerberg does not give a nod to his plea, he does not have any option but to change his app’s name to something without ‘gram’ (or ‘book’ or ‘App’).

Lucas has received a lot of suggestions for new names, but he is not willing to go for it because it would be like starting from the scratch. He says “It would be like “The Artist Formerly Known As Prince”, and I don’t want to be formerly known as Littergram!”

Christy Gren
Christy Gren is an Industry Specialist Reporter at Industry Leaders Magazine she enjoys writing about Unicorns, Silicon Valley, Startups, Business Leaders and Innovators. Her articles provide an insight about the Power Players in the field of Technology, Auto, Manufacturing, and F&B.
« Apple Releases Carekit Platform with Four Health Apps
Dear Google, Show Yourself Out of My House: Microsoft Cortana »
Leave a Comment
Close