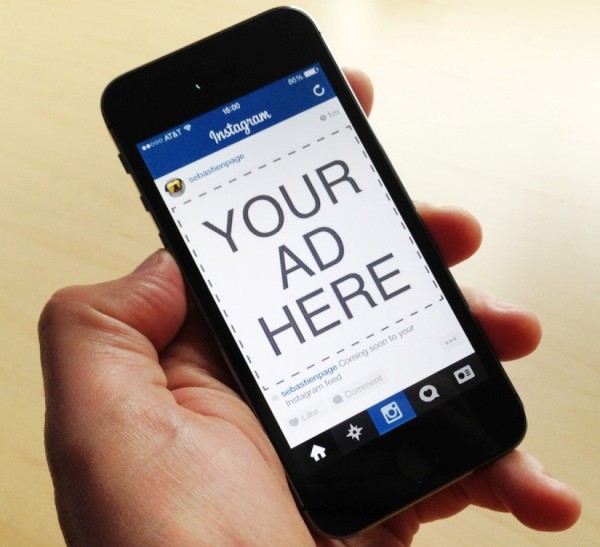 Images and colors are basic elements of an advertisement while growing users of social media happen to be a potential growing market for all sort of companies; the huge opportunity thus created thus made it quite obvious why Instagram, Facebook –owned property (acquired  for 1 billion dollars on April 12, 2012) decided to take business the next level.

The online photo-sharing and social networking service that enables its users to take pictures and videos in order to share them on a variety of social networking services,  announced yesterday it will start showing photo and video ads to users in the United States as soon as next week. This may represent a treat for the community of 150 million users, but not for big companies who will be eager to reach them with their ads.

The Facebook –owned property explained on its blog that users will know that a photo or video is an advertisement when they see the “Sponsored” label where the time stamp normally would be. Members can tap the label to get information about the Instagram advertising program. They can also click on “…” at the bottom of the ads to hide it and submit feedback about it, so that standards and quality are improved in the future.

For the photo-sharing social network its community is vital, therefore, it reassured its users that the photo and video ads would not only be creative and engaging but also relevant and tailored to their particular interests, based on the information about what users do on Instagram and Facebook.

“All I can tell you is that I’ve failed if it’s something that doesn’t feel like Instagram”, Emily White, Instagram’s director of business operations, explained, “If people see super spammy ads in their feeds, it’s going to be destructive for the experience”.

Who’s already on the game?

At first, Instagram will only be working with a privileged selection of companies, all considered great members of their community. The list includes: Adidas, Ben & Jerry’s, Burberry, General Electric, Levi’s, Michael Kors, PayPal, Starwood, and Lexus.The Facebook –owned property released a sample set of pictures to show how ads could look like. One promising example comes from Adidas, it shows Derrick Rose shooting hoops, and this particular image also demonstrates how companies could take advantage of the celebrity-fueled footage that users typically find interesting.

“It turns out that Instagram is an efficient way for them (brands) to get their messages across. We can build tools that let them do that more efficiently. That’s a very big business”, concluded White.

This almost curatorial approach which the photo-sharing social network is adopting points to a possible direction for ads and innovations in advertising itself. They are motivating companies to create content the way any user does every day. Would you like your company having a piece of that colorful pie? Start snapping and keep posted!

Anna Domanska
Anna Domanska is an Industry Leaders Magazine author possessing wide-range of knowledge for Business News. She is an avid reader and writer of Business and CEO Magazines and a rigorous follower of Business Leaders.
« Ford Survives and Sustains its Position in European Car Market
Retail Giants join forces on Sustainable Apparel »
Leave a Comment
Close