Instacart Embraces Humility and Fierce Resolve by Dropping Its Valuation

A more realistic valuation will help with hiring, says Instacart.

Zomato wolfs down $60 Million in funding led by Temasek

The world is upside down for the grocery delivery startup, Instacart. The platform announced plans to slash its valuation by 40% on Wednesday, taking its current valuation to about $24 billion from an enviable $39 billion. The recently adjusted Instacart valuation is a reflection of the decade-old privately-held company’s lofty plans to attract talent and adapt to the post-Covid market conditions. 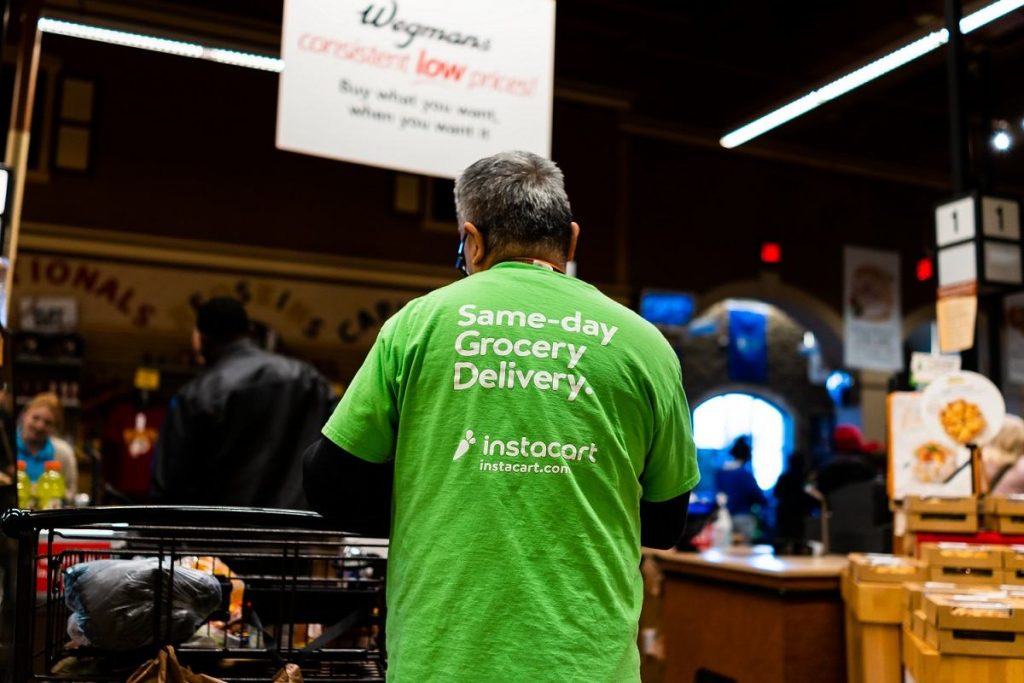 Instacart’s valuation is seen as a way to boost the value of equity awards for new and existing employees.

Instacart has also  inked a deal with supermarket chain Publix to offer faster deliveries in Atlanta and Miami in the coming months. The new SaaS model will allow retailers to be in charge of inventory management and supply chain management. This comes in the form of:

With growing competition from existing unicorns such as Uber and DoorDash, Instacart is left with no choice but to dive into the software side of its operations to boost growth. With the right software infrastructure to enable ultrafast deliveries it can boost its gross margins, and create a stream of recurring revenue from large customers.

Instacart Valuation: A Show of Humility

It’s rare to see a private unicorn adjust its valuation, especially when it is one of the few beneficiaries of the pandemic boom. Instacart’s valuation doubled twice during the pandemic to $39 billion and added 600,000 people as independent contractors under its wings. According to CNN Business, the exponential growth has since begun to stabilize.

Instacart’s valuation is seen as a way to boost the value of equity awards for new and existing employees. Employers are likely to be offered stock-based compensation that could add to their riches if the market interest in the grocery unicorn rebounds.

Tech-enabled gig companies like Instacart, DoorDash and Uber often struggle to make profits in an increasingly tight race to shorten delivery time. Instacart’s new service could help the company create room for more profits and increase investor confidence ahead of its upcoming IPO later this year.

When asked about Instacart’s IPO plans, Simo declined to comment on timing. Although she said that the company plans to go public at some point in the future.

According to market reports, Instacart’s revenues tripled to around $1.5 billion in 2020. The epic growth came with the onset of large capital injections. In June 2020, Instacart raised $225 million at a ballooning valuation of $13.7 billion. A month later, the grocery delivery startup added another $100 million to its cart to that round.

In October 2020, Instacart raised another $200 million pushing its valuation north of $17.7 billion. In March 2021, the company added another $265 million in private capital at a valuation of $38.7 billion. That’s a lot of money from investors, including Andreessen Horowitz, Sequoia Capital, D1 Capital Partners and others.

Other bigwigs in the advertising and delivery businesses, like DoorDash, Meta and Shopify, have also seen the value of their stock plummet in recent months.

Anna Domanska
Anna Domanska is an Industry Leaders Magazine author possessing wide-range of knowledge for Business News. She is an avid reader and writer of Business and CEO Magazines and a rigorous follower of Business Leaders.
« Apple and WiLAN Sign a Peace Deal. Oh Wait, Its Called a Patent License Agreement
Netflix Games Is on a Buying Binge, Snags Boss Fight »
Leave a Comment
Close