At nineteen, I moved out of my town to solo travel across Europe, Asia, and Africa. I spent the better part of my summer on a moped driving from castle town to castle town in Tuscany, Italy. In the next two months, I drove around Shikoku in Japan, where I felt a stronger force binding modern society, spirituality, and nature. Next, I’d spent a couple of months in Rishikesh, India during the winter renting a cabin on a mountain. For the unaware, this is the yoga capital of the world where The Beatles went to study Hinduism. The mountains didn’t feel phony or disingenuous, in fact, I felt closer to my being. It only occurred to me later that I had kept myself away from the Internet, the most basic utility in the 21st century. Can you imagine how life must be for people who live in such regions?

In first world countries, when the Internet goes down, your ability to get things done goes down, too. More than 4 billion people still don’t have access to the Internet. This is an everyday reality that is keeping them from taking advantage of the Internet’s vast resources.

Fiber-optic cable can cost up to $40,000 per mile to install. In addition, the challenges that come with delivering internet in the remotest locations of the world can keep speeds slower. Innovators are rethinking the way we’re going to deliver Internet to the people who have never had a chance at it. 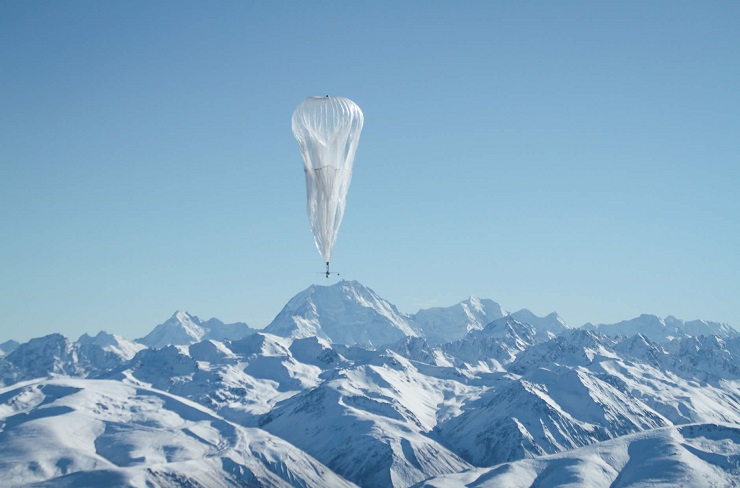 One of those solutions might lie in airborne methods of a wireless technology, such as a solar-powered Internet delivery drone, or a giant Internet balloon that stays afloat in space. Alphabet’s Project Loon is working on providing high-speed wireless Internet to millions of people in India without laying cable. For this, Alphabet Inc.’s X division plans to set up a small team based in the Indian state of Andhra Pradesh by mid-2018 to help roll out the technology.

Andhra Pradesh state government plans to buy the newly developed technology to provide wireless internet to millions of people without having to dig up land for laying cables.

Terms of the deal between the state government and Alphabet are yet to be disclosed. As a part of the agreement, Alphabet would lay 2,000 of the so-called FSOC (Free Space Optical Communications) boxes as far as 12 miles apart on posts and roofs in order to provide a seamless internet connection in the most populated regions.

The idea is to create a backbone to supply service to Wi-Fi hotspots and cell phone towers, which users would then access.

This month at the third edition of Google for India held in Delhi, Google, the search giant unveiled a slew of India-centric products. This includes Android Oreo, a lightweight version of Android 8.1 to turn entry-level devices into fully functioning smartphones; Google Go, a lightweight search app, and a new “two-wheeler mode” in Google Maps for India.

This year in April, Alphabet Inc. announced its “Solve for India” program aimed to support entrepreneurs and developers of the world’s second-largest Internet economy. Last year as well, it partnered with RailTel and Indian Railways to provide Wi-Fi at railway stations across India. This was a part of a new WiFi platform called Google Station aimed at providing high-quality, user-friendly WiFi.

Alphabet is facing stimulating competition from Facebook’s internet-serving program. Back in April, the flagship social network company partnered with the Indian government to sell its Express WiFi across the country. It is also developing an advanced laser beam technology that can provide up to 2Gbps of Internet speed to the remotest regions of India.

Anna Domanska
Anna Domanska is an Industry Leaders Magazine author possessing wide-range of knowledge for Business News. She is an avid reader and writer of Business and CEO Magazines and a rigorous follower of Business Leaders.
« Glowing plants won’t just reduce CO2 but also spread light
The Drone That Saves Lives »
Leave a Comment
Close

EU antitrust regulators are planning a formal investigation into Google’s digital advertising practices by the end of this year. Google is already facing unprecedented regulatory
17 hours ago