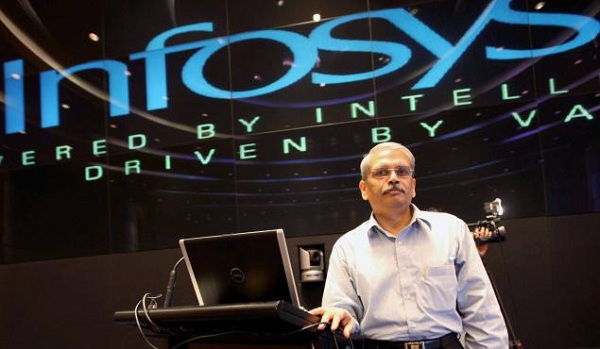 One of the most reputed names in technology and consulting around the world, Infosys, made an announcement today regarding a definitive deal worth an average enterprise value of CHF 33 million in cash to gain a foremost international management consultancy company, Lodestone Holding AG. Lodestone, which has its headquarters in Zurich, is responsible for advising many global corporations on approach and process optimization. The firm also offers transformation solutions on business, facilitated by SAP. After Infosys buys Lodestone and joins forces, companies seek to make use of Infosys’ extensive capabilities as well as the in-depth experience of promoting transformational change offered by Lodestone, to present the clients of both companies with a global team capable of speeding up the process of transformation and innovation assisted development.

Benefits of the Acquisition

If the agreement is completed successfully, the C&SI or Consulting and Systems Integration potential of Infosys will be significantly improved by the acquirement of Lodestone Holding, which will bring further resources to the table in the form of over 850 staff members, among which will be present 750 skilled SAP consultants. Lodestone will also be able to increase the number of clients by more than 200, adding them from industries such as Life Sciences, Automotive and Manufacturing to Infosys’ client count which is well over the 700 mark. Following the acquisition, the united Consulting and Systems Integration service, concentrating mainly on SAP programs, will be in a position to deliver profits of over $1 billion, steadily setting up Infosys as one of the worldwide leaders in the field of SAP consulting.

The Consulting and Systems Integration business under Infosys boasts of over 30,000 consultants, at present, spread across 10 different industry verticals and accounts, amounting to 31 percent of the overall profit maintained by the company. If Infosys buys Lodestone, the move will considerably improve its presence around the world, especially in the continent of Europe and developing markets such as Asia Pacific and Latin America. Moreover, the clients of Lodestone will benefit from prompt access to the extent and worldwide reach of Infosys, apart from a wide range of capabilities in a number of fields including systems integration, outsourcing and consulting.

Managing Director and CEO of Infosys, Mr. S.D. Shibulal, gave his take on the news that Infosys buys Lodestone, commenting that a major part of their Infosys 3.0 policy happens to be the expansion of their Consulting and Systems Integration trade. The acquisition of Lodestone is a perfect fit for the strategy since both firms share a common trend of steadfast focus on fostering and maintaining the trust of their clients. Infosys is apparently quite satisfied with the acquisition and looks forward to working with the team of experienced consultants from Lodestone Holding. Chairman and CEO of Lodestone, Mr. Ronald Hafner echoed the sentiment by stating that their clients who have full faith in them, entrust them with their crucial business and technology modification schemes. The company is quite eager to make use of the widely renowned global reach provided by Infosys as well as its sense of leadership in the technology and consulting arena to offer more value to their clients. Lodestone maintains that as soon as Infosys buys Lodestone, it will only serve to improve the momentum that the company is witnessing at present in the market. The shared passion for delivering optimum value to clients will take this partnership to a whole new level.

The final stages of the transaction are currently believed to conclude by the close of the month of October of this year, taking into account the customary terms of closing. Infosys has contracted the services of Linklaters LLP to act as the legal advisor to the company.  The legal advisor for Lodestone Holding is Baker and McKenzie while the financial advisor position is occupied by UBS AG.

Christy Gren
Christy Gren is an Industry Specialist Reporter at Industry Leaders Magazine she enjoys writing about Unicorns, Silicon Valley, Startups, Business Leaders and Innovators. Her articles provide an insight about the Power Players in the field of Technology, Auto, Manufacturing, and F&B.
« Infosys to acquire Lodestone for $350m
Ford board is ready for Mulally’s retirement; Fields a probable successor »
Leave a Comment
Close