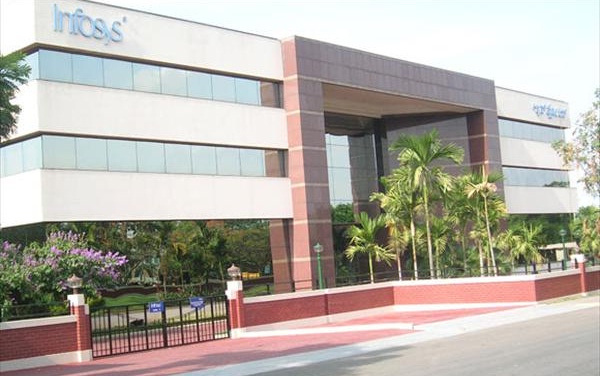 Infosys Ltd. disappoints with the outlook

Infosys Ltd sadly let down markets and analysts with its forecast for the new fiscal year began April. Concurrently, the India’s No. 2 services exporter released its data on the fourth quarter showing that its quarterly profit climbed about 3.4 percent. The news was not welcomed by markets as stock prices drastically dropped after the statement.

It seems that the India’s IT company is willing to give up its margins as it tries to cope with new conditions in the market, not to mention that it attempts to win back its market share which was gained by Tata Consultancy Services Ltd.

On the 12th of April, Infosys Ltd, which is the India’s No. 2 services exporter, released its data on the three-month period ended March indicating that net income climbed to nearly 23.95 billion rupees (around $440 million), compared to approximately 23.2 billion rupees the same period a year earlier. Net income of Infosys Ltd slightly topped analysts’ estimates ranging from 22.85 billion rupees to 23 billion rupees.

Bangalore-based Infosys Ltd also informed that its sales in the fourth quarter ended March jumped approximately 18 percent to 104.5 billion rupees from about 88.5 billion rupees. Despite the fact that the company witnessed a significant increase in consolidated revenue, the results still did not meet analysts’ projections ranging from 107.3 billion rupees to 107.5 billion rupees.

However, the India’s No. 2 services exporter underlined earlier that it might not witness satisfying growth as some contracts could take more time to finalize. What is interesting is the fact that Infosys Ltd topped analysts’ projections of net profit growth owing to recent deals with  several clients, just to name Munich-based carmaker BMW AG.

The company has been, however, operating in a competitive environment and has been losing its outstanding market share as Tata Consultancy Services Ltd and other companies have introduced the more aggressive approach.

Also on the 12th of April, Infosys Ltd also released its forecast for the new fiscal year started on the 1st of April. According to the company’s estimates, the India’s IT giant will see its consolidated revenues expand between 6 percent and 10 percent. The forecast of Infosys Ltd is much surprising as analysts expect that revenue growth for 2013/2014 would amount to between 12 percent and 14 percent. Commenting on its rather disappointing forecast, Bangalore-based Infosys Ltd underlined that conditions were still much uncertain in the market.

However, S.D. Shibulal, chief executive officer at Infosys Ltd, highlighted that the company was dedicated to providing high-quality products to its clients, adding: “We are making all the investments necessary to differentiate ourselves in the market place while positioning ourselves as a partner of choice for our clients.” In addition, Rajiv Bansal, chief financial officer at Infosys Ltd, firmly noted that the company had been doing everything in its power to reduce the impact of uncertain conditions.

Anna Domanska
Anna Domanska is an Industry Leaders Magazine author possessing wide-range of knowledge for Business News. She is an avid reader and writer of Business and CEO Magazines and a rigorous follower of Business Leaders.
« IDC releases PC’s death-note for Q1
Apple to pay $53 million as it aims to end service warranty issue »
Leave a Comment
Close