Influential Queer Industry Leaders Who are OUT There and Thriving

The world is celebrating Pride month and Industry Leaders Magazine is celebrating it by recognizing and applauding influential queer industry leaders who have mapped their way to the top with resilience, hard work and talent. 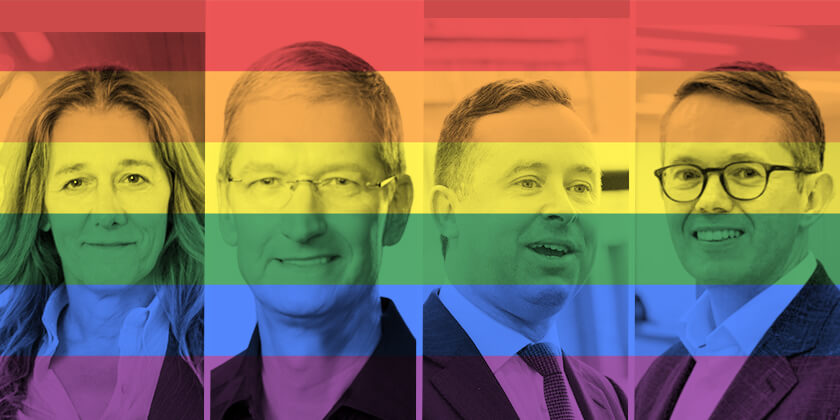 Though we are a long way from creating a truly just world where all kinds of people, irrespective of their sexual orientation or identity are equally represented; we have definitely come a long way from a time when anything that didn’t conform to the binary system of gender identity or orientation was vehemently rebuked.

This Pride month, we are celebrating influential queer industry leaders who are not just shaping their respective industries but are also active voices in the LGBTQ+ movement. 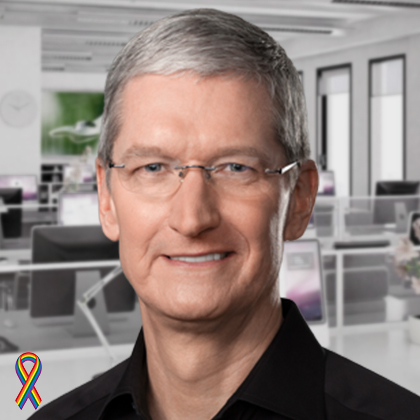 Many were nervous about Tim Cook’s appointment as the person to fill Steve Job’s shoes. Fast forward to today and Apple has grown to be the largest tech company in revenue under Cook’s leadership. Tim Cook came out as gay in 2014. His announcement made him the first openly gay person in the Fortune 500 list. 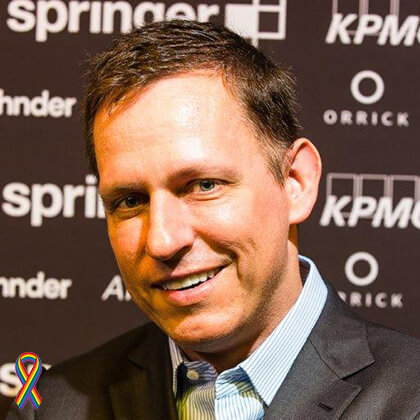 The co-founder of PayPal and a venture capitalist with an extensive portfolio of successful investments, Peter Thiel is, as he once quoted in his speech, “proud to be gay.” As one of the most influential queer industry leaders, he was the first openly gay speaker at Republican National Convention. 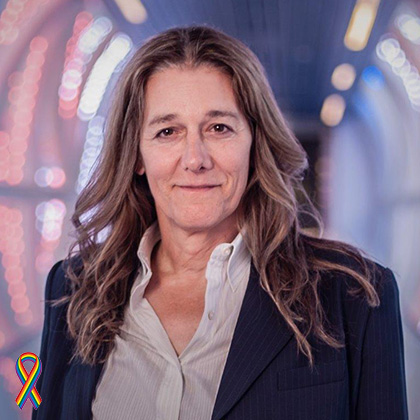 Martine Rothblatt is an American author, lawyer, the founder of United Therapeutic Corporation and Sirius Radio, a transhumanist, and one of the highest paid female CEOs in America. She is a woman of great substance who has inspired many with her trans journey. 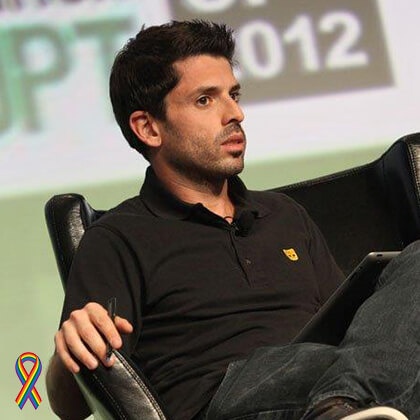 Probably one of the most famous queer business leaders, Joel Simkhai created the world’s most popular gay dating app Grindr. His app, which he created to meet gay men, has grown and evolved into a lifestyle hub for the LGBTQ+ community with its operations in 192 countries. 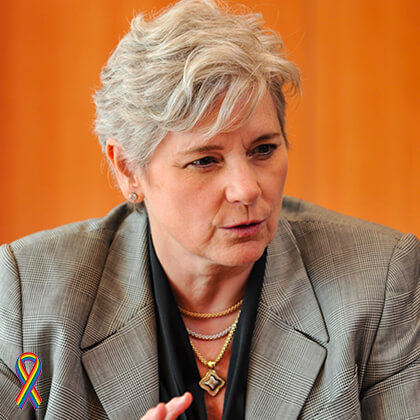 In addition to being the Vice President and Managing Director of Global Intellectual Property Licensing at IBM, Claudia Brind-Woody is also the co-chair of the IBM Executive LGBT Taskforce that focuses globally on the issues of the LGBTQ community in the workplace. 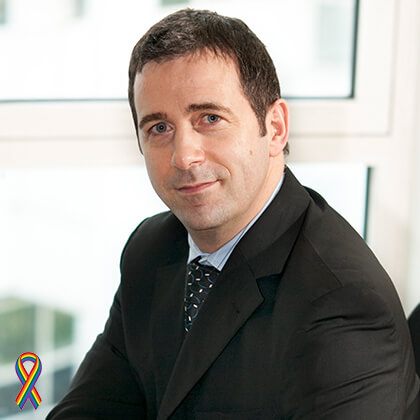 Juergen Maier kept his orientation a secret for many years fearing that it would affect his development in his workplace. But he has only risen through the ranks after he came out and now as the CEO of Siemens UK, he actively works to make Siemens a truly diverse and inclusive company. 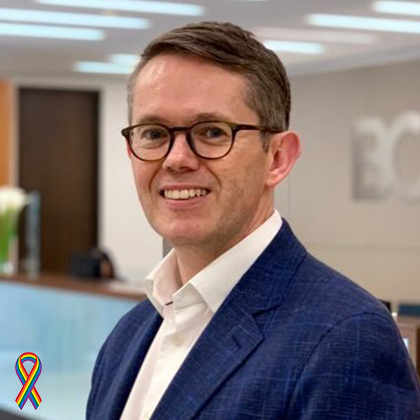 Elliot Vaugh, partner and managing director at Boston Consulting Group was awarded the Point of Light Award by UK Prime Minister Theresa May for his commitment to LGBTQ+ activism through his charity GiveOut which raises funds to support LGBT+ advocacy groups around the world. Vaughn also serves as the global leader of BCG’s LGBT+ network – Pride@BCG. 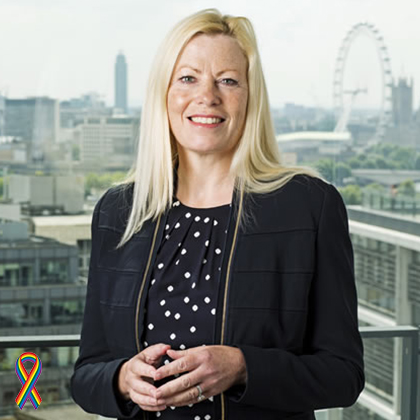 Sharon Thorne is the first woman to serve as Deloitte’s Global Chair. She is a strong propagator of inclusive workplaces and champions Deloitte’s commitment in this regard by serving as an executive sponsor for the Deloitte UK LGBT+ network GLOBE. 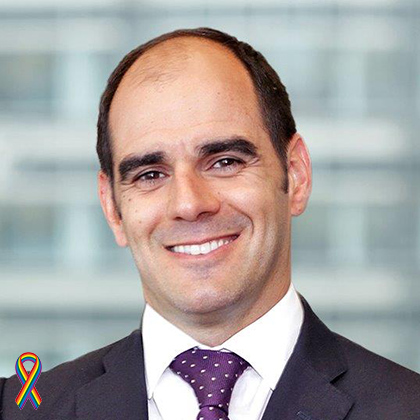 António Simões , one of the most prominent LGBT+ industry leaders in the UK is at the vanguard of the LGBT+ movement in the continent. He has spoken extensively about diversity and inclusion in the workplace and also links his career achievements to him being openly gay.  Simões also serves in HSBC’s Group Diversity Committee which works to make the banking company a truly diverse and inclusive company. 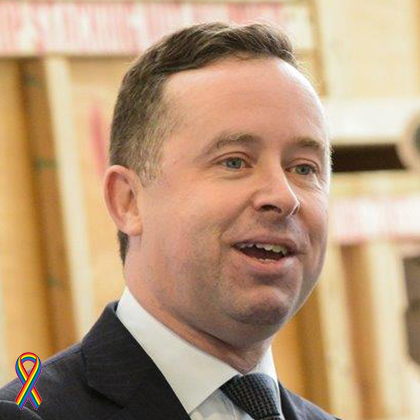 The CEO of Australia’s largest airline company, Alan Joyce is a highly regarded LGBT business leader under whose leadership, Qantas became one of the first companies to become an official supporter of the Australian Marriage Equality.

Anna Domanska
Anna Domanska is an Industry Leaders Magazine author possessing wide-range of knowledge for Business News. She is an avid reader and writer of Business and CEO Magazines and a rigorous follower of Business Leaders.
« Uber loses $1 billion in 1st Quarter, plans to cut incentives
Top Global Eco-friendly Companies with the Best Green Initiatives »
Leave a Comment
Close