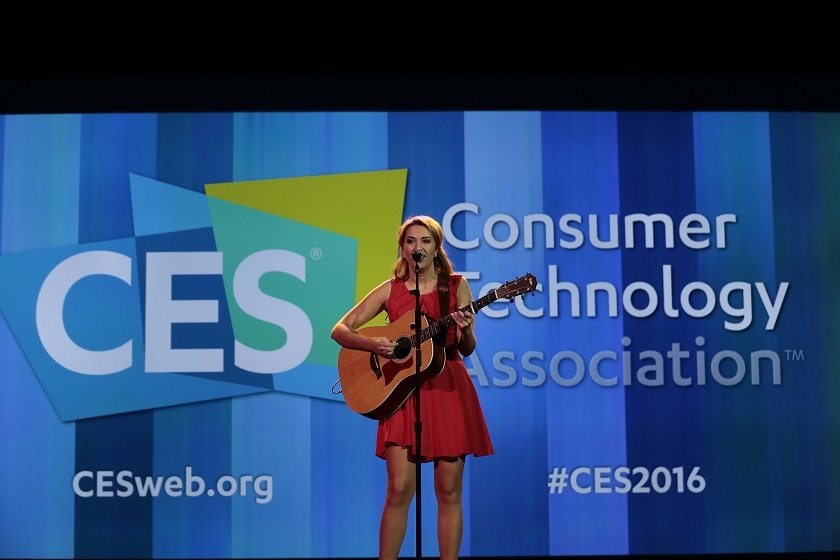 Yet, another day of CES is over and Industry Leaders magazine is here to provide you with CES 2016 day 3 highlights.

1.Canhe-Fit, a fitness tracker for your pet

Canhegat, an engineering and design company has introduced its Canhe-Fit at CES 2016. Canhe-Fit is an animal pendant that will monitor activities of your pet and notify you about pet’s nutrition. This pendant is connected by Bluetooth and its comes along with Canhe-Fit app. The analysis is based on your pet’s breed, weight and age.

The pendant and app collaborate to provide information regarding pet’s food intake, energy spent, and exercise to the owner. It also has a GPS system so that owners can keep track of their pet.

Canhe-Fit app is available for Android and iOS.

2.Blipcast, to make your headphones wireless 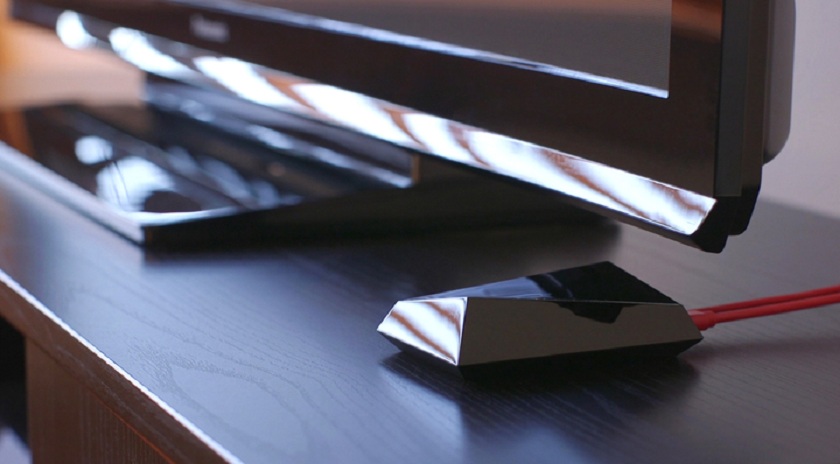 On CES 2016 Day 3, Blipcast was introduced as a device that can turn any of your wired headphones into wireless TV headphones. This will help you watch your favourite television shows at full volume without disturbing anyone else.

You can connect to blipcast via home Wi-Fi network, or you can set your device as a direct access point. If you have more than one rooms connected with blipcast, you can easily switch between rooms using blipcast app.

Blipcast will connect with any 3.5m headphone jack cable. Or you can also use optical adapter or RCA to connect to blipcast. 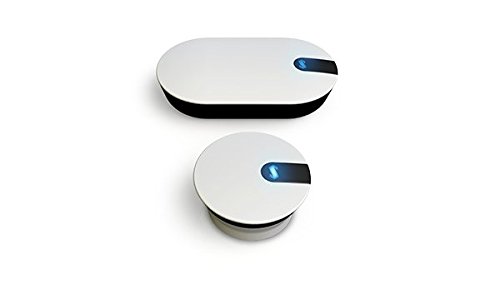 Sensibo is one of the best products of CES 2016. Sensibo is a small device that will make your A/Cs smarter. This device connects A/C to the internet and can be used with any kind of A/C, may it be split, standing, window, or central one. The only condition is your A/C should have a remote control. Sensibo also introduces a common interface to connect all the A/Cs in your house, even if they are all from different brands.

Sensibo contains many sensors like temperature sensor, relative humidity sensor, light sensor, and iBeacon presence sensor. You can take Sensibo, wherever you go. It allows you to set the timer and pre-cool your room before you are home. This will help you save a lot of energy and money.

4.Doorbird will keep you home when you are far away 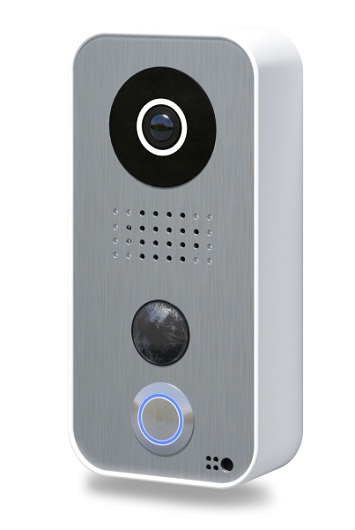 CES 2016 Highlights included the announcement of DoorBird by Bird Home Automation. DoorBird is a smart doorbell that will be a part of your connected home.

DoorBird will have a video camera that will connect to your Smartphone and will let you see and talk to the person standing outside your door. You can use either Wi-Fi connection or cellular connection to keep your smartphone connected to DoorBird. It also keeps visitor history for future analysis. It also has a Night Vision camera that will enable you to see who is at your door even when it’s dark. This amazing doorbell can be connected to your iOS or Android device.

5.Xelfie will help you take selfie

Xelfie will reduce the efforts you make to take the perfect selfie. It will help you take a selfie from a distance and not sticking to the same old angles and poses. The tiny button-like device comes along with the Smartphone app and will support the built-in camera of your iPhone or Android device. Various camera apps are also supported by Xelfie such as Camera 360, SecureCamera, etc. Its battery can be easily replaceable.

While donning the virtual reality headset, HTC Vive, it is easier to believe that you are actually underwater watching a shark swim by, but the tech giant has now decided to make it simpler to snap out of the world of virtual reality, without the need of taking off the headset equipment.

On the eve of CES 2016 Day 3, HTC introduced the biggest feature into its VR headset, the Front-Facing Camera. The purpose behind this camera is the ability to indulge into the real world without the necessity of lifting VR gear to look around. The addition of this latest technology allows an individual to replace the virtual world with a “Chaperone mode” full view of the surroundings. This will offer a translucent black-and-teal vision and allows to capture patterns and objects like a wall.

The addition of ‘Chaperone’ to Vive will make it easier for a user to feel comfortable walking in surrounding while wearing VR Gear. The technology also allows the blending of real and virtual worlds in augmented-reality style for apps and games.

The Japanese tech goliath Sony unveiled the concept of an advanced technology of gesture tracking control for gaming console developed by its subsidiary SoftKinetic. The technology judges the distance to perform gesture control with the help of an IR camera, and it can detect the movements of a user. The technology comes well-equipped in PS4 and now the company unveiled its idea of taking a step further by getting rid of controllers and using real and virtual objects when doing simulations or playing games.

The company is developing the gesture control technology to allow users to play multiple players VR games in the same surroundings, using hands, headsets, and a camera.

The pet-technology startup company took CES 2016 as a launching pad for its brilliant and per-friendly product. The company has finally showcased its pet gaming consoles, especially for dogs, into the paws of over-pampered pet dogs, or let us just say, customers.

The startup company provides challenging games for dogs and cats with puzzles of various kinds having touch pads, sounds, and lights. On the completion of the task, the game automatically rewards pets with a treat. The main idea of this concept is to keep pets engaged while the pet owners are not present. The game is very responsive to the progress and learning curve of a dog.

Fossil, the luxury watchmaker, indeed has a multi-prolonged approach when it comes to smart watches, with and without screens. CES Highlights included, Fossil has made its way towards being a heavyweight player in the market of wearables by introducing two latest smartwatches in its camp- the Q54 Pilot and Q Grant. The lineup is inspired by the design of vintage aviation. The Q54 belongs to the category of non-display and comes with a high-end connectivity package by Intel Innovation. It is designed using chronographic movement and the original case of Fossil Pilot 54. The case and movement will allow customers to receive notifications, which are color-coded using watch’s LED components. The smart watch pilot Q54 will be available for sale in early spring and it will cost somewhere in between $175-$215. 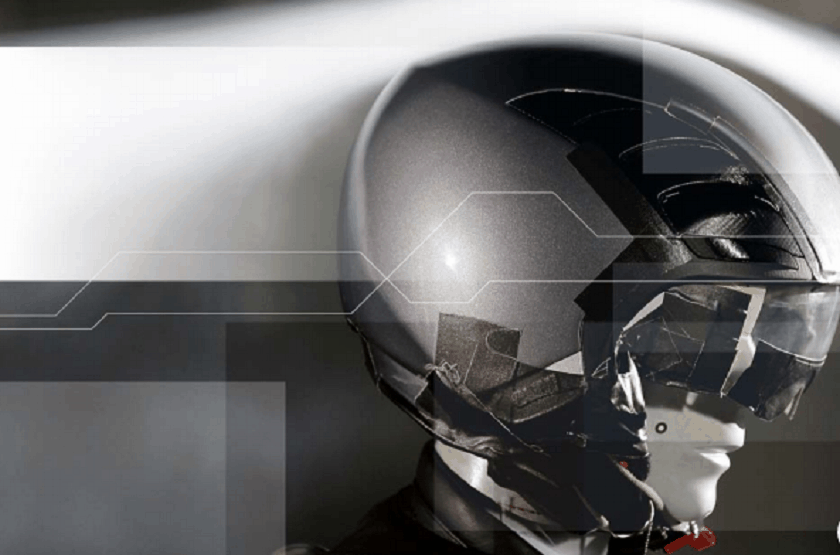 In an initiative to offer Head-up display technology in future for motorcycles, pre-development procedures have been conducted, where an innovative head-up display functionality was fitted in a BMW Motorrad. The German luxury automobile manufacturer showcased BMW Head-up display at the CES 2016 in Las Vegas. The car manufacturers have made sure not to leave bikers behind in the dust.

BMW introduced a concept helmet having a head-up display, which projects desirable and important traffic and the information of vehicle into the driver’s view field. This allows the driver to maintain continuous observation regarding road traffic, without any distractions. Applying this piece of technology into the world of motorcycles, and introducing the BMW head-up display could prove to be beneficial, by maintaining rider’s focus on the road. The options on the display comprise of information relevant to safety, such as information regarding motorcycle’s technical status, for instance, oil level, fuel level, tyre pressure, selected gear, travel speed, road sign recognition, speed limit, and warnings for dangers ahead.

LifeFuel Smart Nutrition Bottle is the first ever product by the company LifeFuel. It adds pre-measured supplements from five-different fuel pods to the water inside. An accompanying app keeps you updated on how much water you’ve drank during the day. A 2-inch display at the centre of the bottle with buttons underneath helps you select supplements and order into the drink. It works will fitness apps like Fitbit, Apple Health, and MyFitnessPal.

The SOMABAR robotic bartender made its debut at CES last year, and has since raised hopes of thousands of men who don’t want the bartender flirting with their wives. The smart bartender that can conjure a cocktail with six or fewer ingredients retails at a price of $429. Technowize did a complete review of the robotic bartender, which you can read here. 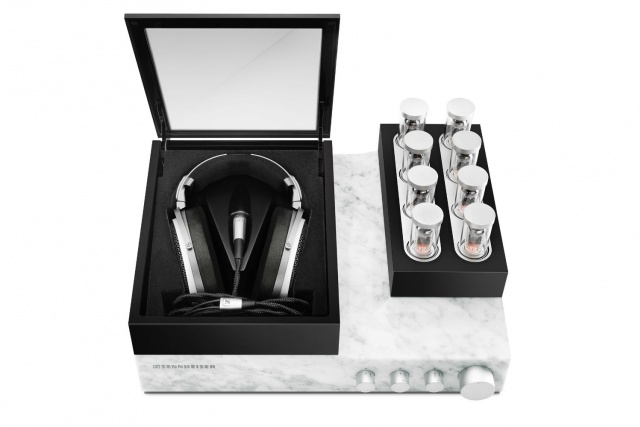 Named after the original Orpheus, the $50,000 Orpheus Headphones surpasses every achievement made in crafting an unparalleled sonic listening experience. The Orpheus are assembled using 6,000 individual components, plush leather cushions, gold vaporized ceramic electrodes, and Carrara marble. The Orpheus will launch the inaugural batch of 6,000 headphones in mid-2016, all made in Germany.

All digital to analog conversion is handled by ESS Sabre ES9018 chip that supports 32bit/384kHz.

15.Panasonic transparent display is the coolest thing ever from CES 2016!

This year at CES, Panasonic showcased some pretty amazing things. One of them is a thin LCD panel with adjustable dimensions. These pretty little thing looks like a tinted glass until it starts displaying on the glass panel using micro-LEDs. For now, the display cannot process over 1080pixels. But hey, these could be the future of smartphones and smartwatches!

These concepts and products add to the list of things we would be looking forward in 2016. Which one is your favourite?