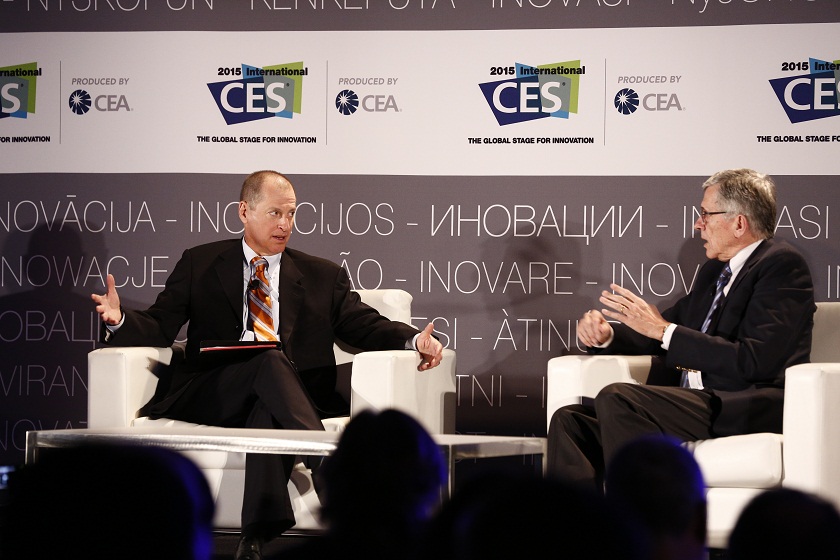 CES 2016 Day 1 is over and we are already aware of many new products and services that will rule 2016. If you missed it so far, here are CES 2016 Day 1 highlights to keep you updated.

1.Razer Stargazer, the most advanced webcam

Gaming company Razer introduced Razer Stargazer, which it refers as the most advanced webcam of the world.

It sets a new standard for video capturing at 60FPS at 720p which is far better than ordinary webcams with 30FPS limit.

The webcam requires Windows 10 to operate

It is powered by RealSense SR300 camera of Intel.

Stargazer will be launched in the second quarter of 2016 and will be priced $200. 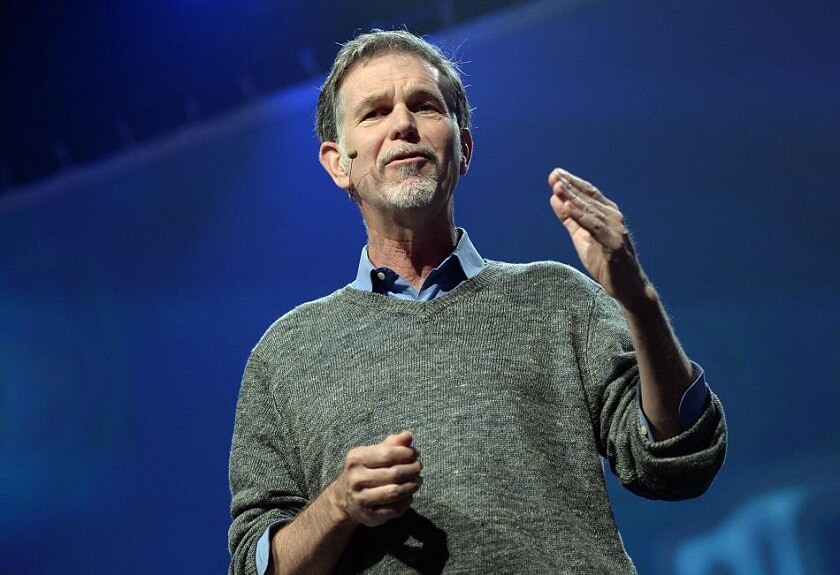 The biggest announcement coming so far for the Netflix Keynote at CES 2016 is the launch of Netflix in India.

The on-demand video streaming giant has reportedly collaborated with telecom operators in India for 4G networks. The company is further planning to expand in Asian countries like Indonesia and China. 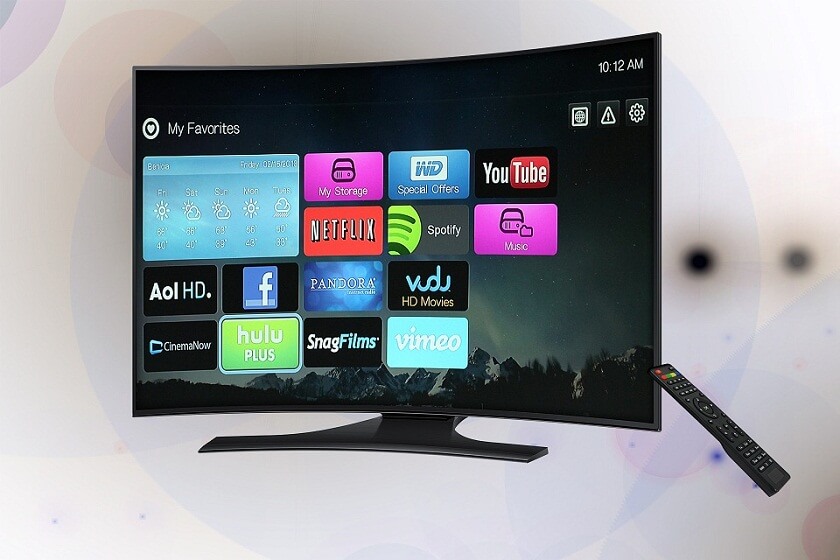 Google will be partnering with brands like RCA, Vestel, Arcelik, Hisense, TCL and Bang & Olufsen for its Android TV. Google is also trying to team up with Linknet, Indonesia’s cable and broadband provider to offer Android TV-based set-top box. Companies like Sony, Philips, and Sharp were only providing Android TV sets previously.

Previously, Sony and LG were the only brands to support the Chromecast Audio technology. Now, brands like B&O Play, Onkyo, Harman Kardon, Pioneer, Philips, and Raumfeld are also embracing the technology.

Additionally, Stream Unlimited and Frontier Silicon will offer Chromecast-enabled hardware and software that will allow others to build the technology into their products.

A startup named VHX is allowing customers to sell videos online. VHX is creating apps for phones, laptops, and internet-connected TVs. It released its first app back in November and is now officially announcing its capabilities at CES 2016.

Casey Pugh, the head of product said that “VHX could give people a sneak peek” by creating apps for Apple TV like Black&SexyTV and Yoga with Adriene. It could also take advantage of the excitement regarding the Apple TV.

Previously, VHX provided mobile access to the videos via VHX app, but now it allows publishers to include VHX powered content on their own apps. Currently, VHX publishers offer their content transactionally, i.e you can buy one video at a time.

Casio has launched its Smartwatch WSD-F10, which is powered by Android. This is an outdoor watch that you might not like to wear 7 days a week, but you would surely like to wear it for one or two.

This watch is perfect for outdoor specifically because:

It has a built-in microphone and is water resistance.

It has a pressure sensor and accelerometer and matches U.S. military standards.

This Android wear watch is available in red, orange, black, and army green finish. In addition to Casio’s own software, WSD-F10 will also be preloaded with apps from ViewRanger, RunKeeper, and MyRadar.

URB-E is a foldable electric scooter that is made of aircraft-grade anodized aluminium and carbon fiber handles.

URB-E weighs only 35 pounds and can carry an adult for a range of 20 miles with maximum 15 mph speed.

It involves a removable lithium-ion battery that can be fully charged within 4 hours.

The battery also has a USB connection, so it will allow you to plug some accessories like headlights, brake lights or an adapter to charge your mobile phone.

This electric scooter is available for sale and it costs $1,499 and it comes in a variety of colors. Also, you can buy a “black label” edition that comes with more torque for $1,699. 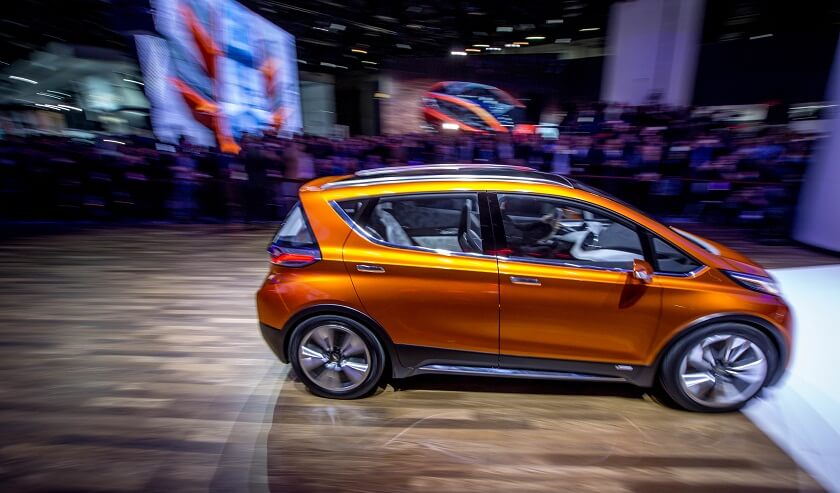 General Motors unveiled the production version of its electric car, called Chevrolet Bolt. This car can be a tough competition to the very popular Tesla, mainly due to its affordable price.

The Bolt can travel more than 200 miles (320 kilometers) between charges.

It provides access to apps and services by providing Wi-Fi hotspot.

It will be compatible with various platforms like Google’s Android Auto and Apple CarPlay.

It will be accompanied with a smartphone app that will manage various functions and information like charge status, navigation, and maintenance information.

For better driving, there is a rear view camera that is connected to the rear-view mirror, so that drivers can see behind them even when passengers block the view.

Mary Barra, CEO of General Motors said that “Bolt EV is the first EV that provides long range at an affordable price.” The price is assumed to be around $30,000 that is half compared to Tesla models 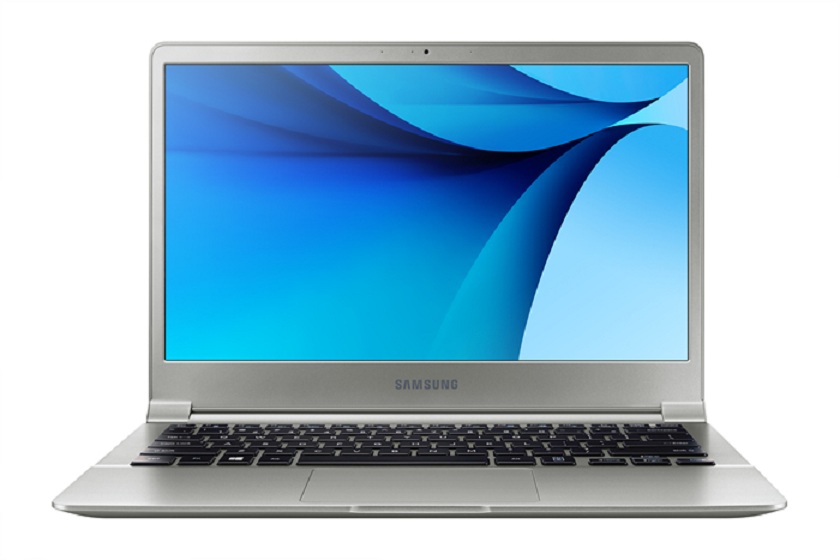 At its pre-CES 2016 press conference in Las Vegas, Samsung unveiled the ultra-portable, world’s lightest 13.3-inch Notebook 9 weighing less than 1 kilogram. The Notebook 9 will be available with Windows 10 Pro in early 2016. (No word on the pricing yet)

The device is available in two variants: a 13-inch model, and a 15-inch model(Both in various designs and material, including Iron Silver, Modern Pink, and Color Mg). Both the devices are equipped with –

Intel’s SkyLake-U processors with Intel Core i5 or i7 processors; 4GB or 8GB of LPDDR3 RAM

Battery Life: up to 12 hours on one charge. The Quick Charging feature fully charges in 20 minutes.

There’s no reason to settle in Vegas.? We’re going all-in on #HDR: https://t.co/DYm9XBqSrw#LGCES#CES2016pic.twitter.com/qXhVc0IK5t

LGUS unveils the ridiculously-thin (thinner than most smartphones) 4K Ultra HR OLED TVs line-up with HDR and more. The latest lineup includes four new series for eight models, including the top-tier E6 and G6 models, and the C6 and B6 models, both offering flat and curved designs.

The new TVs come with 10-bit panels for a wider palette of colors, HDR10 and DolbyVision tech, thin frames of ‘picture-on-the-glass’ design, along with LG’s Color Prime Pro technology.

Also known as ‘iWear Video Headphones’, video eyewear and smart glasses maker Vuzix unveiled the product at CES 2016, where it also won four awards. The device is equipped with–

A field of view that is equivalent to a 130-inch home theater screen viewed from 10 feet away,

An integrated tracker that head movement and orientation;

The product will retail for $499.99, and is available to order from Amazon and the official Vuzix website.

Luma, one of our favorite all-in-one Wi-Fi solutions company announced the acquisition of Nodal Industries, to expand its tentacles in the Internet of Things line. Marcus Eagan, cofounder and CEO of Nodal Industries will take up the role of director of Luma’sIoT department.

12.IBM Ushers in the Cognitive Era

IBM has inked a deal with sports and fitness retailer UnderArmourto use Watson’s machine learning technology to create a slew of apps for the health-care industry. The UA record app, a cognitive coaching system will also include behavioral and performance management based on personalized metrics such as food consumption tracking, dietary nutrition management, and more. It will also use Watson’s AI abilities to include athletes and fitness aficionados’ personal dietary restrictions, as well as weather-based training recommendations.

These innovations will soon acquire a place in our daily life. Do you have some other products to add to the list? Please share with us your views on the same.

Christy Gren
Christy Gren is an Industry Specialist Reporter at Industry Leaders Magazine she enjoys writing about Unicorns, Silicon Valley, Startups, Business Leaders and Innovators. Her articles provide an insight about the Power Players in the field of Technology, Auto, Manufacturing, and F&B.
« Twitter will allow you to tweet beyond 140 characters
Industry Leaders ‘CES 2016 Day 1 Highlights’ – Pictures »
Leave a Comment
Close

More than half of the companies that raised more than $1 billion for initial public offerings are now trading way below their listing price.
6 mins ago