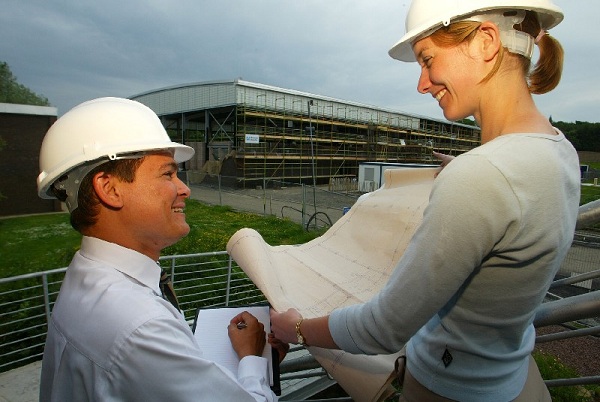 In this midst of this great recession and the global economic crisis, one specific sector is still in desperate need for talent: engineering. Global construction and civil engineering companies are no exception, as transformations around the world are creating a boom of civil engineering jobs.

In the United States, the heavy and civil engineering sector added 3,700 hundred jobs in October. Although that is 50 percent than what the sector created at the same time a year ago, the heavy and civil engineering sector is still doing much better than most other sectors, such as specialty trade contracting, which lost over 22,000 jobs. The problem with the United States is that the jobs are there, but the country is having trouble filling these high-skilled positions. College graduation rates have increased 29 percent over the past decade, but graduation rates in science and engineering fields have only increased 19 percent. On top of that, more and more of the students graduating with those degrees are opting for positions in engineering management, instead of the actual engineering positions.

Two hubs are being created in the United Kingdom to help meet this need of civil engineering jobs. Infrastructure specialist Halcrow and architect firm Foster + Partners produced their vision for a new ‘Thames Hub’ in July 2011, which will incorporate construction work on a new international airport in the Thames estuary. This new blueprint could generate new civil engineering jobs, which will include the integration of transportation, energy, and communication networks. A similar program to the ‘Thames Hub’ is in progress in the Scottish Highlands, as Global Energy Group  is planning to convert a site into a new facility for usage by a range of energy sectors, which could create civil engineering jobs. The plan is to have this new facility be an energy park that will be utilized by oil, gas, and renewable energy firms.

Asia’s global construction and civil engineering companies also doing well to meet the demand of civil engineering jobs. Similar to the two hubs in development in the UK, China is expanding a similar park or hub in Shanghai. The Lingang Fengxian Area, currently being build as an extension of the Shanghai Lingang Industrial Park, is emerging as a strategic national center for high-end manufacturing of heavy equipment for construction, new energy generation, aviation, ports, logistics and other fields. Besides civil engineering jobs, this park will also create a ton of jobs in business services, supply chain, technology, and manufacturing. This new hub has been under construction for eight years, with a projected completion date of 2015.

South Korea is also in on the boom, and has been placing particular focus on civil engineering jobs as part of the country’s green growth program and the it’s plan to supply one million green homes. Hong Kong is also committing to major projects that will create jobs, such as new railway development and tunnel construction in the city.

Overall, there is a boom of civil engineering jobs with global construction and civil engineering companies all over the world, and countries are doing what they can to train workers and recruit talent to projects and positions. Hopefully, these projects and companies will be able to find the people capable to do the work and to create great things.