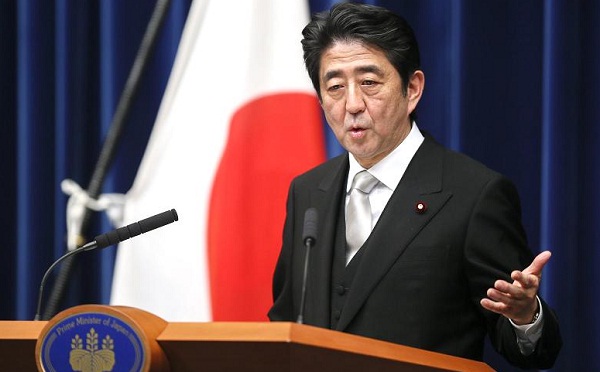 On the 28th of December, government data showed that Japan’s industrial output decreased as much as 1.7 percent in November, indicating the weakness of the world’s third economy. Even though some indicators were promising, the new government of Shinzo Abe will have to face many challenges to bolster the Japan’s economy which is still struggling amid the Japanese-Chinese territorial dispute.

According to data, the world’s third economy saw its industrial output decrease approximately 1.7 percent in November from October. Yet Japan’s industrial output declined almost 6 percent compared with 2011 November. The 1.7 percent decline was partly caused by a decrease in general machinery output and fall in smartphone demand as well. In addition, the November’s decline in industrial output exceeded analysts’ estimates of the 0.5 percent decrease. According to the findings, among those industries which led to the decrease in November were, inter alia, general machinery, fabricated metals and electronics equipment.

Certainly the industrial output was affected by the slowdown in exports as the territorial dispute between the Japanese and Chinese governments triggered a consumer boycott in China. But demand for Japanese exports was hurt also by the European debt crisis. Also the strength of the Japanese currency, the yen, has made things only more complex. Due to the strength of  the yen, Japanese exporters have been encountering more problems while trying to sell their products.

As for consumer prices, Japan also saw them drop which meant that deflation continued to be an obstacle for attempts aimed at improving domestic demand. Data showed that the core consumer prices index decreased about 0.1 percent in the month of November from a year ago. Analysts believe that this drop will push the central bank to introduce new measures to deal with the problem.

However Japan saw retail sales grow approximately 1.3 percent from a year earlier as demand for winter clothing increased. Also the Japan’s unemployment rate was about 4.1 percent, below analysts’ estimates of about 4.2 percent.

Just only two days after Shinzo Abe was formally elected as prime minister, he faced not too encouraging data on the Japan’s economy. Moreover, Prime Minister Shinzo Abe will have to come to grips with the third recession in five years, but he has already announced that the government will work on a supplementary budget. Certainly the Japan’s data on industrial output may strengthen the position of newly elected prime minister especially as South Korea posted a surprising growth in production which topped analysts’ estimates.

Experts note that the findings of survey have given Prime Minister Shinzo Abe more tools so that he will be able to push the Bank to Japan to introduce monetary stimulus.  But the Bank of Japan has already informed that it will analyze its inflation goal in January as the central bank is witnessing worsening reviews of its operations and moves.

According to latest projections, Japan’s industrial output is expected to grow as much as 6.7 percent on month in December and almost 2.5 percent in January.