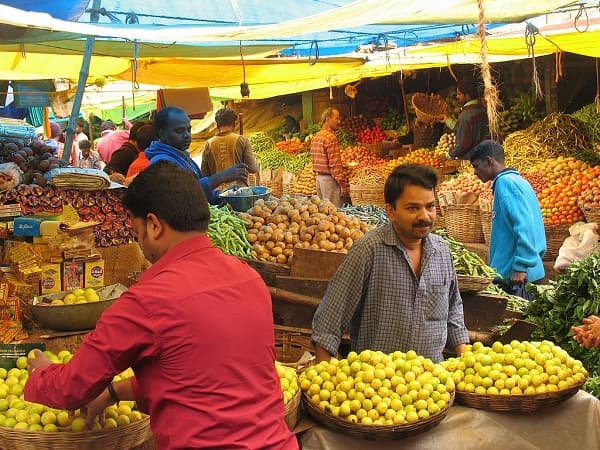 India's food inflation climbed to as much as 8.5 percent in November

On the 14th of December, the Ministry of Commerce and Industry posted data on inflation, showing that it dropped in the month of November. India’s inflation grew approximately 7.24 percent from a year earlier. Despite the surprising drop, the Reserve Bank of India is not expected to reduce interest rates as the inflation rate is still above its comfortable level.

Data released by the Ministry of Commerce and Industry, showed that India’s inflation decreased to about 7.24 percent, from 9.46 percent in the same month a year ago. India’s inflation reached 7.45 in October. In addition, the November’s reading of India’s inflation was lower than the average analysts’ estimate of approximately 7.60.

According to the findings of the survey, food inflation in November climbed to as much as 8.5 percent, from approximately 8.32 a year ago.  Certainly Diwali, which took place in November in 2012, affected the growth of food inflation as the month saw increases in the sector.

The fuel and power category saw the inflation decrease to about 10.02, from roughly 15.48 percent in the same month in 2011. Yet diesel inflation climbed to as much as 14.60 percent in November.

As for the manufactured items category that includes for example cotton textiles, man-made textile, paper products, inflation increased moderately at a lower pace compared to the rate posted in November 2011. Inflation for those products was slightly over 5.4o percent in November, from approximately 8.17 percent a year ago.

Key decisions to be made

The Reserve Bank of India is due to evaluate interest rates on the 18th of December. Everything indicates that the central bank will not decide to take any steps as the inflation rate is still above comfort level. Therefore the government’s call for cheaper credit will not likely be taken into consideration. It is worth underlining that the rate of price increases in India is still the fastest among the largest emerging markets. According to data, India saw consumer prices grow almost 10 percent from a year earlier and only Argentina topped that result in the G-20.

In addition, India has been facing the economic slowdown. Therefore the government of India is expected to introduce new measures to reverse adverse trends. However the Prime Minister Manmohan Singh’s government has already started implementing some economic reforms. On the 13th of December, changes to an old land law were made. But the government decided also to form a group aimed at accelerating infrastructure plans and projects.

It is too early to say whether all recent steps taken by the government are effective, according to some analysts. They believe that it will take time to harvest. Certainly, the last move to change the land law was also aimed at minimizing voices of criticism as recent demonstration delayed infrastructure and industry projects.