India basking in Spotlight after SoftBank invests $837 Million in eCommerce 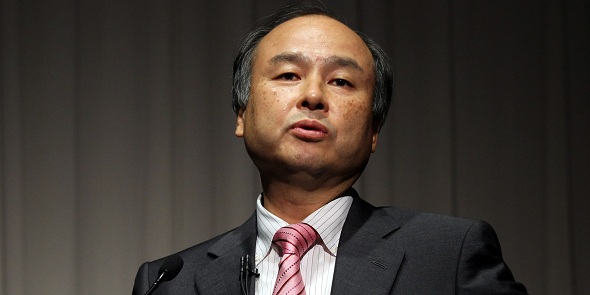 It seems to be quite a rosy day for Snapdeal.com, one of India’s biggest e-tailers, having raised $627 million in fresh capital earlier this week. That said, Japanese SoftBank Internet and Media Inc’s (SIMI) too is sitting pretty after it announced on Monday that it intends to invest nearly $10 billion in India over the coming years. The latest move is said to buoy up its strategy to continue building its business outside of the country via both organically and through a series of acquisitions.

The $627 million raised in a funding round is the biggest check ever written by a Japanese player for an India startup.

SoftBank additionally confirmed a $210 million investment in another India startup, Olacabs. The deal values the taxi rental company at $1 billion. Olacabs competes with the likes of Uber, TaxiForSure and Meru Cabs and has so far raised $315 million inclusive of the round that took place earlier this week.

SoftBank has its eyes set in India, where it is looking forward to capitalize on the rapid development that the e-commerce marketplace is undergoing currently. Additionally it will help “leverage synergies” between Snapdeal and SoftBank’s portfolio of companies. The portfolio consists of legacy possessions such as Alibaba, with its $20 million stake now valued at around $75 billion.

“We were very clear that SoftBank was the partner that we wanted. We wanted a partner with a long horizon and SB demonstrated that with Alibaba, which went public 16 years after they invested. This was a real meeting of the minds and a deep philosophical investment.”

Regardless, it’s a massive investment, and makes SIMI the India e-tailers’ biggest shareholder, with SIMI CEO Nikesh Arora pulling up a chair on the board.

Snapdeal today has over 50,000 sellers on its marketplace, and over 25 million registered users with brilliant prospects of expansion. According to the statement put forward by Bahl, in the course of last 12 months, its gross merchandise value has boomed to over 600% reaching an annual GMV at over $2 billion.

Snapdeal was founded four years ago by Kunal Bahl and Rohit Bansal. Initially it was set up as a daily deals platform but later transformed into an online marketplace in 2011 offering a wide range of products including books, apparel, and electronics from third-party vendors.

With India becoming the second largest mobile phone market with over 930 million customers, there are seamless possibilities for e-commerce players. Fifteen months earlier, only 5% of Snapdeal’s sales were made via smartphones. Today it stands at nearly 65%, which hints at an astounding 3,000% growth in a year.

As of now 0.5% of all retail is based on e-commerce in India, while the figure stands at nearly 10% in China. Bahl supposes that with 70% of GDP in India originating from shoppers spending, India will reach there in some way.

“I accept that the Indian e business will be worth $100 billion in the following 10 years and we need to have a 80% offer of that,” he says. “That is not going to be simple and will take a ton of work. It implies that we must be super focused on this business just.”

According to CLSA’s Nov’13 report, India’s e-commerce marketplace is worth $3.1 billion and is estimated to grow to $22 billion in the coming five years.

U.S. e-commerce giants Amazon and eBay are both pursuing the India market for exponential growth. Bahl observed that there are considerable measures of contrasts in India that truly profit the forerunners who understand the market good enough.

“We believe India is at a turning point in its development and have confidence that India will grow strongly over the next decade. As part of this belief, we intend to deploy significant capital in India over the next few years to support development of the market,” said Masayoshi Son, chairman and chief executive of SoftBank Corp. Son, 57, is Japan’s richest man with an estimated net worth of $20 billion.

Anna Domanska
Anna Domanska is an Industry Leaders Magazine author possessing wide-range of knowledge for Business News. She is an avid reader and writer of Business and CEO Magazines and a rigorous follower of Business Leaders.
« Twitter acquires TwitPic’s domain and photo archive to keep it alive
Google[x] Lab’s Bold Ambition: Pills that can detect cancer »
Leave a Comment
Close