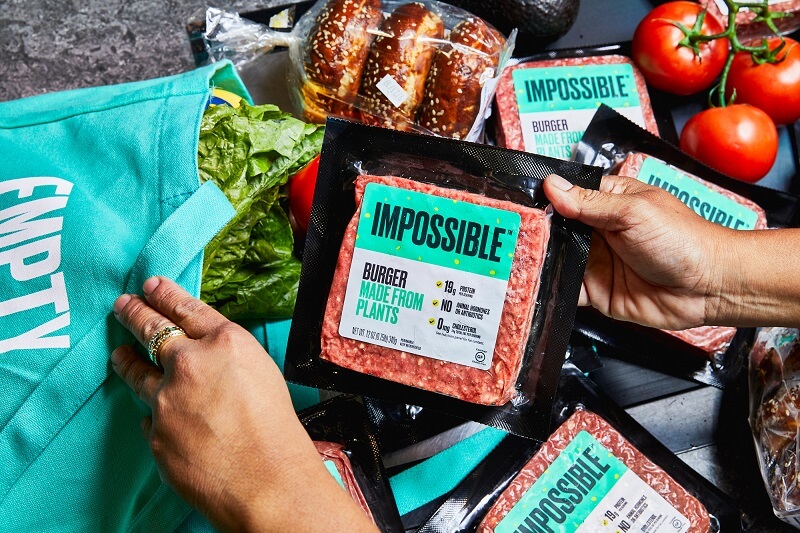 Starting tomorrow, Impossible Foods plant-based meat substitute will be available in 777 supermarkets across California, Illinois, Indiana, Iowa, and in Nevada. These markets would start stocking the items regularly. This step was taken, keeping into account the incredible rise in distribution and a push to expand its product suite and its geographic footprint both on a domestic and international level. Impossible Foods company received a $500 million round of funding with a part of the money supporting the company’s debut at stores like Albertsons, Jewel-Osco, Pavilions, Safeway as well as Vons.

The company Impossible Foods stated that it would have nearly 1,000 grocery stores by tomorrow. These include all Albertsons, Vons, Pavilions, and Gelson’s Markets in Southern California; all Safeway stores in Northern California and Nevada; Jewel-Osco stores in Chicago, eastern Iowa, and northwest Indiana; Wegmans stores on the East Coast and Fairway markets in and around New York. Since September last year, the company stated it was the number one item sold across East and West coasts. Impossible Burger has, over time, grown to become one of the most popular meat imitators. Items of the company are now found on Burger King menus, college campuses, in sports stadiums as well as Disney theme parks. But the company earlier had a slow roll-out in supermarkets. The company’s 12-ounce packages are sold for around $8.99-$9.99, and it soon would also introduce the Impossible Burger at stores across the nation.

“We’ve always planned on a dramatic surge in retail for 2020 — but with more and more Americans eating at home, we’ve received requests from retailers and consumers alike. Our existing retail partners have achieved record sales of Impossible Burger in recent weeks, and we are moving as quickly as possible to expand with retailers nationwide’, stated Dennis Woodside, president of Impossible Foods.

Impossible Foods said that it issues mandatory work from home policies for all employees who can telecommute, in addition to restricted visitors to its facilities and those operated by co-manufacturers. The company also banned all work-related travel and implemented a new sanitizing and disinfection procedure across the workplaces.

“Our No. 1 priority is the safety of our employees, customers, and consumers. And we recognize our responsibility for the welfare of our community, including the entire San Francisco Bay Area, our global supplier and customer network, millions of customers, and billions of people who are relying on food manufacturers to produce supplies in times of need,’ Woodside said.

The company said it was initiating R&D initiatives and accelerating the production quantities while broadly commercializing their Impossible Sausage and Impossible Pork products. Impossible Foods also raised $1.3 billion from investors, including Mirae Asset Global Investments, Khosla Ventures, Horizons Ventures, and Temasek. “We have to be able to go where the food consumers are going,” said Impossible Foods founder Patrick Brown. Impossible Foods announced a $500 million fundraising round last month, which it said would allow it to “continue to thrive in a volatile macroeconomic environment, including the current COVID-19 pandemic.”

Anna Domanska
Anna Domanska is an Industry Leaders Magazine author possessing wide-range of knowledge for Business News. She is an avid reader and writer of Business and CEO Magazines and a rigorous follower of Business Leaders.
« India to Open Manufacturing in Certain Sectors in Phases
Porsche Cayenne Coupe packs a sporty punch in performance »
Leave a Comment
Close

GameStop is undergoing a complete revival under new CEO.
8 hours ago