The ‘Impossible Burger’ that People Are Waiting In Lines For

Last summer, the Impossible Burger emerged onto the food scene, when it debuted at restaurants in Manhattan, Los Angeles and San Francisco. The buzzed-about vegan burger is not your average burger. It looks, cooks, smells, sizzles and tastes just like meat, but was developed in a Silicon Valley lab and is a 100 percent plant-based indulgence. Famously known as “the burger that bleeds,” the no-meat treat rose to fame when Chef David Chang began serving at the Asia-Italian fusion restaurant Momofuku Nishi in NYC.

The Observer reveals that the Impossible Burger will be served “on a seeded bun topped with hot pepper aioli, white cheddar, watercress, frisée, and house-made relish, served with a side of crispy shoestring potatoes.”

No Room for Meat Burger

Big name investors like Bill Gates, Khosla Ventures and Google Ventures have bet $182 million into Impossible Foods, the company behind the organic and all-natural patty. Around $108 million is going into a new factory in Oakland, California, where the company plans to produce products in high volumes later this month. 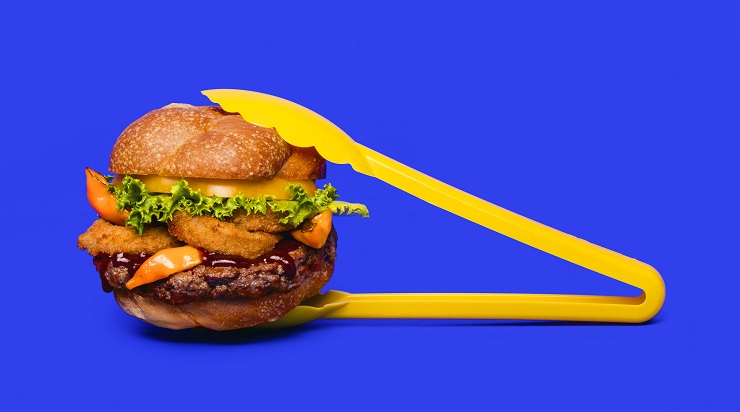 Patrick O. Brown and a team of scientists, engineers, chefs, farmers, foodies, and friends, spent nearly five years to make the vegan burger that bleeds. Bleeds? Yes, you read it right. The heme protein in the burger patty gives a deliciously meaty flavor and red color. It bleeds pink juices exactly like a real burger does. The company grows and then ferments the yeast to grow the heme protein.The patties have the look and feel of raw meet, they deliver the sizzle and explosion of aromas as they cook, the charred exterior, the red juices escaping, and the delicious meaty texture and taste when you sink your teeth into one.

The burger patties have the look and feel of raw meet, they deliver the sizzle and explosion of aromas as they cook, the charred exterior, the red juices escaping, and the delicious meaty texture and taste when you sink your teeth into one.

Most of its ingredients are sourced from within the United States. Its chief components are wheat protein, coconut oil, leghemoglobin (a soy-based protein), potato protein, sugar, xanthan gum, amino acids and Japanese yam.

Starting today, the Impossible Burger is on the menu at Bareburger with meat alternatives like the quinoa veggie patty. The chain will feature the burger at the flagship location on LaGuardia Place near NYC, but will potentially offer to all outlets once it Impossible Burger churns out the meat substitute in big batches.

Bareburger is the first multiunit chain to feature the burger. Until now, the unconventional burger has debuted at Public, Saxon + Parole, two San Francisco restaurants, and one in Los Angeles. (At Saxon + Parole it will be served “topped with mushroom and truffle sauces, oyster mushrooms, sherry-braised onions, and lettuce, onion and tomato.”) 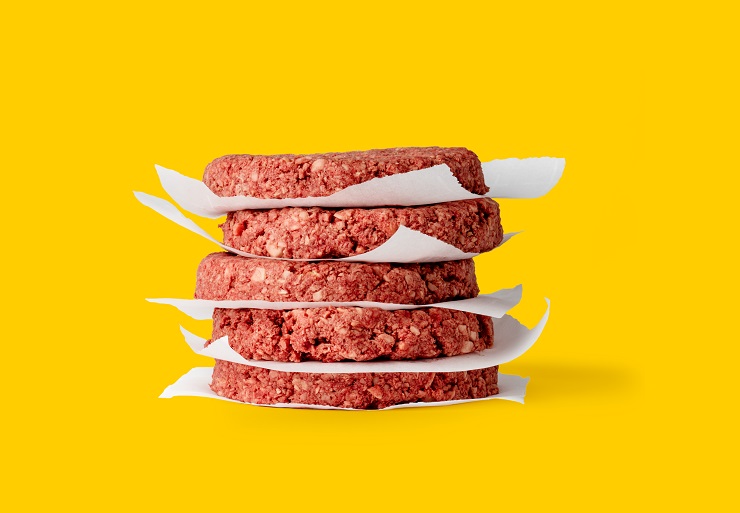 Impossible Foods is in talks with burger chains such as McDonald’s, although the company may not be able to supply a customer base of that size until it ramps up production consistently.

The Silicon Valley patty startup has ample competitors, including Beyond Meat, the maker of plant-based meat substitute, which started selling its patty at a Whole Foods in Colorado last year.

Anna Domanska
Anna Domanska is an Industry Leaders Magazine author possessing wide-range of knowledge for Business News. She is an avid reader and writer of Business and CEO Magazines and a rigorous follower of Business Leaders.
« Second Edition of the Porsche Panamera Sport Turismo is out as a Wagon
Uber Secret Program accused of Deceiving Law Enforcement Officers »
Leave a Comment
Close

Musk had previously revealed that he hopes the company will be able to address a wide range of neurological problems – ranging from addiction to paralysis.
22 hours ago