Warning: preg_match(): Unknown modifier '/' in /home/customer/www/industryleadersmagazine.com/public_html/wp-includes/class-wp.php on line 233
 Imperial Tobacco revenue up due to price rises

Imperial Tobacco revenue up due to price rises 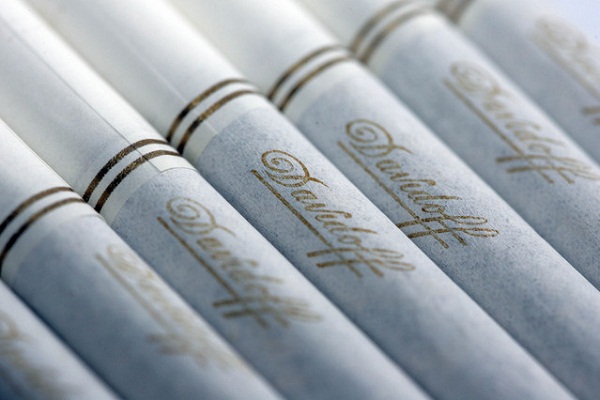 Imperial Tobacco Group PLC has informed that it expects its tobacco revenue to grow this year due to price rises. According to a statement released by the company, Imperial Tobacco Group PLC, which is the fourth-largest tobacco group in the world, suffered in recession-hit Spain and tough market in Poland and Ukraine as well. Yet the company still relies on emerging markets growth as well as prices increases to offset consumer demand, which has lately become stagnant.

Imperial Tobacco Group PLC is the British group selling more than 340 billion cigarettes annually of brands such as Davidoff, Gauloises, JPS and West. On 20th of September the company informed that its revenue would grow approximately 4 percent for its year to end September at the currency rates. Imperial Tobacco Group PLC expects annual sales to grow this year due to strong demand in emerging markets. “Tobacco net revenues are expected to be up by around four percent with particularly good performances in our Eastern Europe, Africa and Middle East, and Asia-Pacific regions,” the company stated. However total stick volumes, combining cigarettes and fine-cut tobacco, are said to drop by about 3 percent mainly because of tough market in Poland and Ukraine as well as compliance with international trade sanctions implemented against Syria.

Europe accounts for over half revenue of Imperial Tobacco Group PLC, however markets in the U.K. and in Germany remain the company’s biggest markets. The company’s first-quarter revenue and volumes were affected by international sanctions against Syria, stocking issues in Ukraine and a price growth in the U.S. The growth was strong in Eastern Europe, Africa, the Middle East as well in the Pacific region, however the weakness in Spain, Poland and Ukraine affected volumes.

According to Imperial Tobacco Group PLC’s officials, the company will introduce new policy for its cigarettes.  The company attempts to offer economy-brand cigarettes, including JPS and Lambert & Butler and roll-your-own products; as for markets in Western Europe and the U.S., prices rises might be introduced there. As it was stated in the release, company’s strategic brands such as Davidoff and Gauloises were said to see strong volume and revenue gains.

On 19th of September Imperial Tobacco Group PLC shares closed at 2336 pence, valuing the company, this way, at $37.4 billion.

Tobacco is said to be relatively resistant to economic conditions; however there is a visible trend showing that global tobacco companies are turning to Asia, Africa, Eastern Europe and the Middle East for growth opportunities. Currently the recession and government austerity measures introduced in European countries force consumers to cut down on their spending on cigarettes or to switch to cheaper brands.

Recently global tobacco companies have been raising prices to protect margins as demand decreases.  Tobacco giants, including Imperial Tobacco Group PLC, Philip Morris International Inc., British American Tobacco PLC and Japan Tobacco Inc, are turning their eyes on China because Chinese tobacco market accounts for more than three quarter of the total cigarette market. However, there is always however as it comes to China, that market is monopolized by state-backed China National Tobacco Co.

Anna Domanska
Anna Domanska is an Industry Leaders Magazine author possessing wide-range of knowledge for Business News. She is an avid reader and writer of Business and CEO Magazines and a rigorous follower of Business Leaders.
« Germany to Face Job Cuts from Deutsche Bank
474,000 Vehicles Recalled by General Motors Over Gear Shift Trouble »
Leave a Comment
Close