Imperial Tobacco revenue up due to price rises 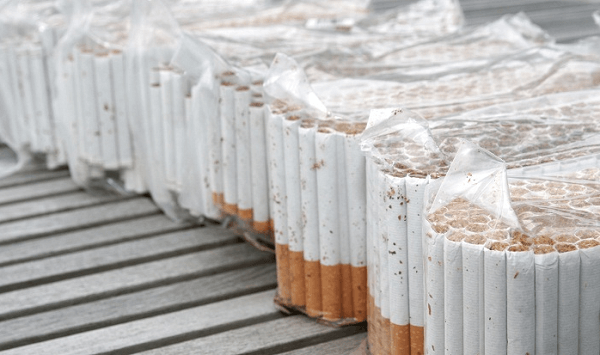 On the 30th of January, Imperial Tobacco Group Plc. informed that the first-half profit would decline because of black market sales and the deepening crisis in Europe. Along with the announcement on the half-year profit outlook, the Europe’s second-biggest tobacco company revealed that Robert Dyrbus had resigned from his position.

Imperial Tobacco Group Plc. reminded that it witnessed a 2 percent increase in its net revenue in its first fiscal quarter ended December 2012, however it also saw its volumes go down. The increase in revenue was driven by higher prices. The company has pinned the blame for these results on black market sales which are more popular among Europeans. Therefore black market sales are expected to hit the first-half profit. According to figures, that market volumes for legal cigarettes in the European Union fell by as much as 7 percent.

The company has underlined that it expects the first-half operating profit to decline on year-on-year basis. However, the JPS, Davidoff and Gauloises Blondes producer expects 55 percent of the profit to come in the second half of its fiscal year.

It is worth underlining that Imperial Tobacco suffers from the ongoing economic crisis in Europe. The company was forced to make an unpopular decision and write down approximately £1.2 billion on its Spanish business in October 2012. Despite the unsetting economic conditions in Europe, the company has highlighted that it believes that its full-year results will meet the expectations. As much as 40 percent of the Imperial Tobacco profit comes from crisis-hit Europe. Imperial Tobacco is aware of the challenging conditions as trends are expected to deteriorate in a several crucial markets, including the European Union and Russia as well.

In addition, the company does not believe that black market sales would decrease. By contrast, Imperial Tobacco predicts that illicit trade will continue to increase. The Europe’s second-biggest tobacco company has underlined that the strong result seen in Africa and the Middle East are being offset by the weak performance in Europe.

The introduction of Imperial Tobacco main brands in emerging markets is aimed at actually balancing the decrease in consumption in the European market. European clients of the company have been switching to cheaper brands. But the weak performance in Europe should not have been a big surprise for Imperial Tobacco.

Separately, the company also informed that its current finance director Robert Dyrbus had decided to retire. Imperial Tobacco will loss a faithful employee as Robert Dyrbus has been working for the company for 25 years as a senior executive. Iain Napier, chairman of Imperial Tobacco, underlined: “As well as taking overall responsibility for the effective financial management and control of the group for many years, Bob’s played a key role in expanding our international operations through acquisitions that have created significant value for our shareholders.”

According to a statement, the process to appoint his successor has started. The company will inform about the progress of the process. Robert Dyrbus will, however, stay with Imperial Tobacco until the company will find a respective and worthy successor.