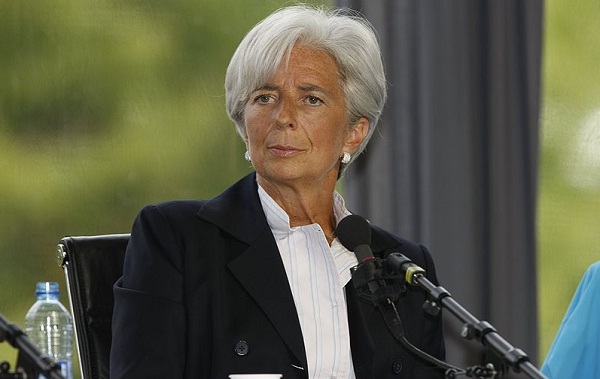 The International Monetary Fund’s (IMF) Managing Director, Christine Lagarde, while speaking at the Boao Business Forum in Hainan, southern China, firmly underlined that the global economy recovered significantly in the past one year, but remained vulnerable to various risks. Commending the unconventional yet successful financial policies adopted by Asian countries, she said that: “Growth continues to strengthen and broaden among the emerging and developing economies while momentum is starting to pick up in the U.S.”

The IMF in January revised the global growth forecast, cutting-back to 3.5-percent instead of its earlier predictions. In fact, analysts suggest that IMF decided to cut back on the European growth rates.

Recovery and risks ahead for global economy

Lagarde was quick to point out that the global economic risks continued to revolve around European countries and irregular recovery. She underlined that many measures, which were implemented by governments, needed time to be effective.

Despite the progress, Lagarde also warned of looming risks, just to mention more spending cuts in the US and other policies that had limited effectiveness as well as unforeseen consequences.

While most Asian countries showed remarkable resilience, certain economies reflected financial imbalances and abnormal realty price boom like in Hong Kong. She also reiterated that most Asian countries would have to review their policy support, considering that global recovery was on path.

She also welcomed Japan’s contribution to the world economy in times of crisis.

Stating that Japan’s new financial policy was a move ahead, she explained that these funds would provide additional stimulus. In what is considered to be a significant policy-shift – yet it was widely anticipated- the Bank of Japan informed that it had decided to double its investment by purchasing long-term bonds.

In the past year, IMF moved from providing financial assistance to developing economies to European countries in the throes of financial meltdown- Greece, Ireland and Portugal – attempting to keep the euro out of its debt upheaval.

Cyprus is likely to receive 1 billion euros ($1.3bilion) in bail-out funds from IMF and this will be ‘challenging’, according to Lagarde.

Commenting that the Cyprus bailout would be special, Lagarde said that there was no model how the niggling issues should be resolved because of the difference in the banking industry and the economy of the country as well.

Lagarde also recommended that the leaders should be more focused on green initiatives as they lead to environmental and economic sustainability, and greatly lauded Chinese new leadership’s attention towards this development option.