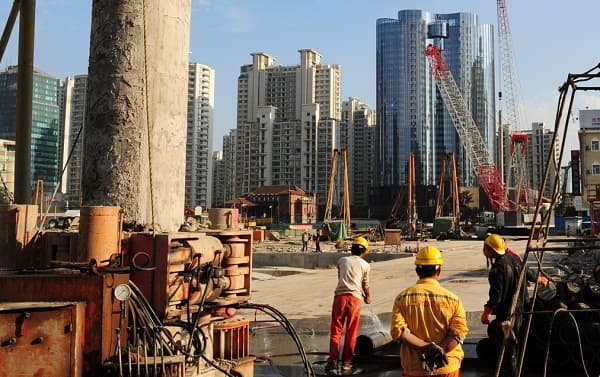 The IMF cuts its growth estimates for China

It may come as no surprise that the IMF decided to downgrade its growth outlook for China. The revision was driven by weak global economic conditions and unsatisfactory results recorded in China as well. Indeed, the IMF is concerned about the economic recovery in China and it believes that the country’s authorities should introduce essential reforms aimed at bringing a sustainable recovery.

On the 29th of May, in the highly foreseeable move, the International Monetary Fund informed that it downgraded its 2013 growth forecast for China to 7.75 percent from 8 percent. Furthermore, David Lipton, first deputy managing director of the IMF, noted that the organization expected the China’s economy to expand by 7.75 percent also in 2014. The revised 2014 growth outlook for China is substantially lower than the earlier estimate of 8.2 percent growth.

The IMF’s decision to downgrade growth forecast for China came after many institutions took harsh steps and revised down their outlooks for the Asian dragon. China has recently brought not too satisfying results, just to mention the flash manufacturing PMI for May, disappointing factory activity in April and unsatisfactory investment data for April as well. Thus Bank of America-Merrill Lynch had revised down  its growth outlook for the Asia Dragon to around 7.6 percent, compared to the previous estimate of a 8 percent expansion. Correspondingly, Standard Chartered decided to downgrade its growth forecast for the world’s second economy to 7.7 percent from 8.3 percent. However, still different estimates are more optimistic than the government’s projections of a 7.5 percent expansion in 2013.

Informing about the revision, the IMF cited several threats to China’s economic growth, including accelerating expansion of credit. David Lipton noted that China would witness many difficulties while maintaining much-awaited stability.

In addition, the International Monetary Fund also informed that it expected the China’s economy to accelerate in the six-month period ending December while the global economy would witness a gentle improvement as well.

Concurrently, the INF underlined that China should introduce essential changes if the authorities wanted the economy to get on the sustainable growth track. The International Monetary Fund in fact believes that there is a huge need for introducing changes to create a more open environment for competition in the market.

But the government of China should also come to grips with changes of its tax policies and  the issue of decentralization. While China is undergoing important changes almost in every field, the country has to address growing concerns about the “quality of investment” and everything what is connected to the matter. Commenting on all threats to the China’s economic recovery, David Lipton noted: “If growth were to slow sharply below this year’s target, then on-budget fiscal stimulus should be used, focusing on measures that support household incomes and consumption, such as reductions in social contributions, subsidies to consumption, or targeted social safety net spending.”

Undeniably, the new authorities will certainly face new challenges in the near future while there will be trying to sustain the economic recovery. But the fact is that not only the International Monetary Fund pinpoints lurking threats to China’s economic growth as the World Bank underlines the urgency for reducing the dominance of state-owned companies and introducing free competition in the market. Otherwise, China will witness an alarming slump in its economic growth which will also have an immense impact on the global economy.

Also on the 29th of May, Premier Li Keqiang admitted that China would continue to struggle with many obstacles, yet the emergence of the strong service industry would guarantee economic growth.

Anna Domanska
Anna Domanska is an Industry Leaders Magazine author possessing wide-range of knowledge for Business News. She is an avid reader and writer of Business and CEO Magazines and a rigorous follower of Business Leaders.
« Chevron rather optimistic about its Australia’s LNG projects
Buffet satisfied with $5.6B NV Energy purchase »
Leave a Comment
Close