IMF has few words of advice for Asia economies 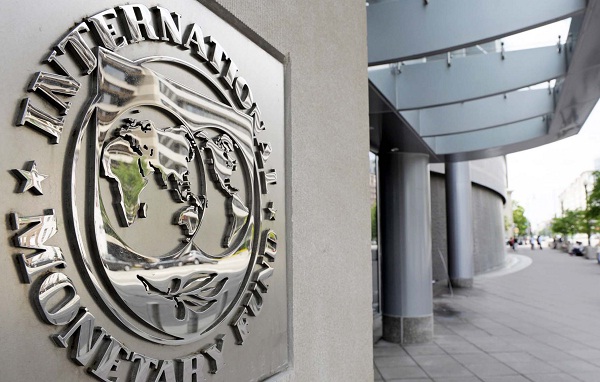 The International Monetary Fund believes that the Asia’s economy is to witness strong growth in 2013 due to healthy domestic demand. Yet the IMF has a few words of advice for Asia’s economies as regional leaders need to pay more attention to possible risks, including asset bubbles. But that is not the last of the IMF’s warnings as the organization also has urged Asia’s economies to improve public institutions and rethink some of their policies regarding health and education as well.

On the 29th of April, the International Monetary Fund issued its Regional Economic Outlook for Asia and the Pacific, indicating that Asia’s economies would steer the global economic recovery in 2013. According to the estimates included in the IMF outlook, Asia is expected to increase around 5.7 percent in 2013 due to relatively healthy domestic demand. The rate of  projected economic growth maybe will not be so much “wow!”; however, taking into consideration paces of economic expansion in the developed economies, the 5.7 percent growth is indeed optimistic.

In its Regional Economic Outlook for Asia and the Pacific, the International Monetary Fund underlined that the region’s economy would be mainly boosted by China’s demand and Japanese stimulus measures which are part of the widely-criticized Abenomics. However, these two drivers of economic growth might also put the expansion into question, depending on the results they would bring. It was also highlighted in the IMF Regional Economic Outlook for Asia and the Pacific that the economic recovery in Asia might also be endangered by possible natural disasters, including earthquakes, and growing political tensions, similar to the ongoing territorial dispute over the Senkaku Islands.

Moreover, the International Monetary Fund also underlined: “Financial imbalances and rising asset prices, fueled by strong credit growth and easy financing conditions, are building in several Asian economies,” adding that: “Policy makers in the region face a delicate balancing act in the near term: guarding against the potential buildup of financial imbalances while delivering appropriate support for growth.” But the IMF also noted that risks which might weaken the economic recovery in Asia might be coming from outside, just to mention the ongoing debt crisis in the European Union.  Besides, reversals in capital flow are widely believed to pose a threat to the much-anticipated economic recovery in Asia.

Even though the International Monetary Fund presented a quite positive outlook for Asia, the organization also had some words of advice for the regional leaders. It was underlined in the Regional Economic Outlook for Asia and the Pacific that some Asian countries should deal more effectively with their fiscal deficits. Concurrently, the IMF also noted a growing need to significantly boost public expenditure in neglected segments such as the health sector. The economies should also concentrate on reforms which will enable them to successfully face all problems originating from ongoing demographic challenges.

But the International Monetary Fund also noted that Asia’s economies, particularly developing countries in the region, would be prone to the so-called “middle-income trap,” hence countries might face the increasing risk of stagnation.

Furthermore, the International Monetary Fund in its Regional Economic Outlook for Asia and the Pacific underlined the significance of the regional authorities’ readiness to react “early and decisively” to emerging risks. Yet all the steps should be adjusted to the existing conditions.

Anna Domanska
Anna Domanska is an Industry Leaders Magazine author possessing wide-range of knowledge for Business News. She is an avid reader and writer of Business and CEO Magazines and a rigorous follower of Business Leaders.
« Paris – Let the City of Light seduce buisness
Taiwan economy slows in Q1 on weak exports »
Leave a Comment
Close

The Ikea and Rockefeller foundations are jointly launching a $10 billion fund to promote small-scale renewable power projects in developing nations. Both
18 hours ago