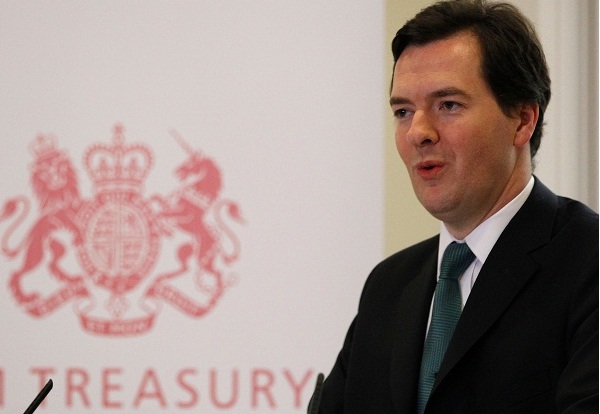 George Osborne, the Chancellor, is once again under the IMF scanner, as officials of the Washington-based financial institution will arrive to review UK economic growth. With additional warnings to recall austerity drive and reinstate the ‘lost decade of growth,’ the Trades Union Congress (TUC) finds competent support to drive home their arguments.

The UK has been showing slow recovery rates in comparison to 23 advanced economies that the IMF has placed under review. Additionally, the TUC report coinciding with IMF official’s visit argues that UK is not catching up with the global recovery levels. The other factor that the TUC is focusing on is the higher performance of other euro countries in comparison to UK despite similar market conditions.

More important, Frances O’Grady, general secretary of the TUC, firmly underlined : “We truly are experiencing a lost decade for growth. While other countries are already seeing a rise in economic output, the UK won’t return to its pre-crash level for another four years.”

According to the TUC, the ‘Osbornomics’ has been self-defeating and austerity drive has failed to contain economic downturn. In the discussion of income on an individual basis, the TUC points out that it would be well-past 2017 for UK to post pre-crash levels. By the same milestone, Germany and the US would post a 10-percent growth in the decade following the crisis.

Christine Lagarde has up until now been supportive of cuts, however, in the last month the IMF too became articulate about the UK slow growth rate.

The latest IMF visit is to collect data on the UK economy from economists, trade unions, Treasury, independent government forecasters as well as the Bank of England, besides the Office of Budget Responsibility, etc. Once the IMF has collated all its information, deputy Managing Director David Lipton is likely to hold a news conference on the 22nd May.

While the Washington-based financial institution championed George Osborne’s peacetime budget deficit policies, it was quick to criticize him for its dismal fiscal policy. The attack was chiefly led by Olivier Blanchard, chief economist at the IMF, when he singled out George Osborne as ‘playing with fire’ by not refusing to change their fiscal policy.

Uphill task ahead for Osborne

Not surprisingly, it is widely expected that George Osborne will defend his policies, in view of the fact that any changes could well undermine all steps taken by him in the last years, not to mention that implementation of any “new-style” measures might have a negative effect on credibility of the government. Any increase in interest rates in the long-term would not suffice tax cuts as well as spending.

It is expected that the chancellor will assure IMF’s anxiety by highlighting the recent initiatives adopted. Besides, the Chancellor is likely to defend the slow growth in the UK economy as a result of poor export performance within the eurozone marketplace and not due to low and weak spending pattern.

Considering the IMF’s growth cut for 2013-14 and only a 0.7 percentage GDP rise followed by 1.5 percent growth in 2014, UK chancellor George Osborne will continue to remain under the scanner for a long time to come.