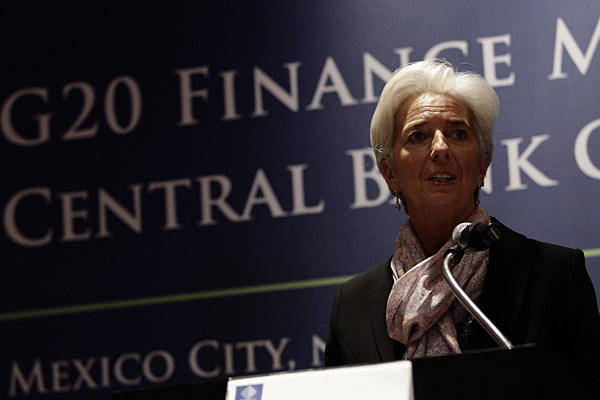 The International Monetary Fund informed that it approved the next loan tranche of approximately €839 million for Portugal under the country’s €78 billion international bailout. The international organization praised Portugal for its remarkable efforts to restructure the crisis-hit economy, however, it underlined the government should conduct a public debate on ways how to reduce the country’s deficit and implement other budget adjustment measures.

Information on the latest €839 million loan tranche for Portugal came only a few days after Christine Lagarde, head of the International Monetary Fund, noted that the country was “on the right track” to meet all targets. Also Nemat Shafik, Deputy Managing Director of the International Monetary Fund, underlined that: “Considerable progress has already been made in fiscal and external adjustment, and sovereign spreads have narrowed significantly, which bodes well for the authorities’ strategy of regaining market access,” adding that Portugal would, however, face some economic challenges in the near future.

It has been also stressed that there is a need to conduct a public debate on how to implement essential fiscal adjustments and other required reforms in public expenditure. The International Monetary Fund has recommended cuts in public employment, salary reduction, not to mention an increase in the retirement age.

To lure investors, Portugal is required to broaden a tax base and strengthen compliance, according to Nemat Shafik. All these should help the crisis-hit country go out of its economic problems and get back on growth track.

Portugal and two other eurozone countries get financial help from three international organizations, the European Union, the International Monetary Fund as well as the European Central Bank. Back in 2011, the aforementioned organizations approved rescue plan for Portugal, under the terms of it the country was obliged to decrease deficit to 3 percent of GDP by 2014. However, in September 2012, the loaners decided to give Portugal more time to meet all goals which were included in the plan.

Portugal has been struggling with rising unemployment, which reached a record 16 percent, and a recession. The overall situation looks so depressing as the government is introducing all necessary austerity measures, including tax increases, to meet the terms of the international help. In October 2012, Portuguese Finance Minister Vitor Gaspar informed that the government would introduce increases in taxes so that the country would meet budget deficit goals in 2013.

Even though the government plans to cut spending by approximately €4 billion through 2014, the country’s central bank, the Bank of Portugal, downgraded its economic outlook for Portugal, projecting a fall in 2013 output of nearly 2.0 percent due to visible decreases in export demand and domestic consumption as well. Portugal is facing weak eurozone growth and internal opposition to tough and demanding austerity measures which have been implemented to meet all targets. Despite the fact that international organizations underline progress in labor and product markets in Portugal, still the government needs to make significant decisions to secure the long-lasting improvements in many domains, including investments, growth and employment.

Anna Domanska
Anna Domanska is an Industry Leaders Magazine author possessing wide-range of knowledge for Business News. She is an avid reader and writer of Business and CEO Magazines and a rigorous follower of Business Leaders.
« China’s businesses to sponsor Manchester United
China’s economy rises in 4Q but 2012 GDP is weakest in 13 years »
Leave a Comment
Close