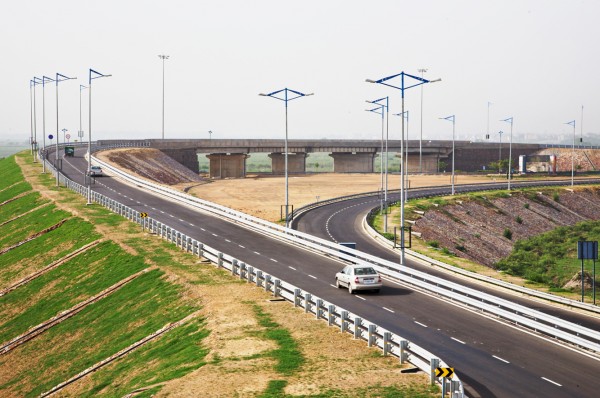 IL&FS Transportation Networks Limited (ITNL), promoted in November 2000 by Infrastructure Leasing & Financial Services Limited (IL&FS), is one of the largest BOT road asset owners in India. ITNL acts as a developer, operator and facilitator of surface transportation infrastructure projects, taking projects from conceptualization through commissioning to operations and maintenance.

ITNL had initiated an Initial Public Offering (‘IPO’) of its equity shares which was concluded in March 2010 and the shares were listed on the National Stock Exchange of India Ltd (NSE) and Bombay Stock Exchange Ltd (BSE) on March 30, 2010.

ITNL is a market leader in the transportation infrastructure sector in India with its portfolio comprising 22 projects in various stages of development with an aggregate cost of about USD 8.14 billion. The project portfolio of ITNL has an optimum blend of revenue from ‘toll’ and ‘annuity’ based projects, is geographically diversified with presence in 14 states covering the length and breadth of India and has projects in various stages of commissioning as well as commissioned projects thus offering significantly de-risked and scalable business model.

ITNL has also ventured into development of projects in transportation sub-sectors such as Railways, Urban Transportation Systems and Border Check-posts. ITNL is currently developing a metro rail project in Gurgaon, an emerging business and software hub close to New Delhi; a border check post project for the central Indian state of Madhya Pradesh; and operating a city bus transportation network in the city of Nagpur, a major commercial and political centre in the state of Maharashtra in India.

In March 2008, ITNL commenced its international operations through the acquisition of Elsamex S.A. (“Elsamex”), a Spanish group involved in providing maintenance services primarily for highways and roads in many European and Latin American countries.

ITNL is today positioned as an unique infrastructure company with a diversified asset base, financial and managerial resources, effective management systems and technology exposure, backed by strong managerial support from IL&FS. 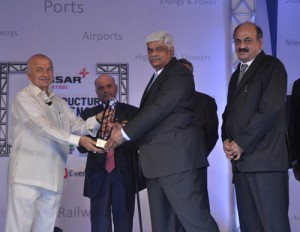 ITNL has been awarded the “Infrastructure Company of the Year – 2011” at the “Essar Steel Infrastructure Excellence Awards Ceremony” in association with CNBC TV18. ITNL was selected from amongst six short-listed firms, by an eminent jury consisting of panelists including senior administrative officials and industry stalwarts.

ITNL has a fully functional in-house design team, through which it has developed its capabilities for highway and structural design works. The design team’s expertise is also being leveraged to enable ITNL assess and develop Projects without relying entirely on the contracting agencies.

The design team is also equipped with latest software for analyzing and design of highways and structures some of which include MX-Road, Stadd Pro. and Survey equipments including Dual Frequency Global Positioning System (DGPS), Total station and Digital level instrument etc. The inputs of the design team, have helped ITNL reduce construction costs, to optimize designs and improve the success of a bid and to assess the possible quantity variation and escalation risks.

Besides design activities, an Independent Quality Audit Team (IQAT) has been formed as part of the design unit for carrying out quality check of works executed on various project sites.

ITNL is an ISO 9001:2008 certified organization. Further, ITNL’s quality objectives emphasizes on adherence to safety and quality standards. In this regard ITNL aims to be ISO 14000 & 18000 certified by year end and is currently streamlining all its HSE initiatives to this effect

There is a designated Safety and Quality Officer (SQO) for each of our Project sites, who are trained on all aspects of safety by a professional institute imparting safety training. They keep track of accidents at project site, analyse the data and identify weak spots, take necessary action to reduce accidents and also provide first aid to accident victims. All the project offices are equipped with adequate fire fighting systems and access to first aid. ITNL also ensures that the contractors appointed for the construction work at each site adhere to the best safety standards.

The IL&FS Group has an Environment and Social Policy Framework (ESPF), which has been adopted by ITNL. The Environment Management Plan (EMP) is made part of the EPC Contract to ensure that all our Projects adhere to the best practices in environmental management.

Weather monitoring systems installed in our commissioned projects constantly monitor the environment conditions on the road and where required the necessary action is taken.

ITNL’s quality policy commits to providing world class infrastructure and to achieve customer satisfaction. ITNL believes that any development of physical infrastructure would comprehensively achieve its overall goals only if social infrastructure is simultaneously and sustainably developed. To achieve this goal ITNL has initiated “Project Parivartan” as a community development initiative, with a vision to build an empowered and transformed community across the highways. Parivartan will work in three major areas viz, education, employability and empowerment

Parivartan is being implemented to empower communities along the NH-9 (between Pune and Solapur in the state of Maharashtra) and NH-33 (between Ranchi and Hazaribagh in the state of Jharkhand in central India) areas, where the highways are being developed by ITNL.

The project aims at improving quality in 44 schools through various interventions such as; development of teachers through in – service training programs, use of innovative teaching and learning materials in the class rooms, integration of multi-media in delivering the curriculum and computer education programs for students and youth of the community. It is further envisaged to focus on health awareness and community welfare programs

Parivartan’s impact on the social development of the region has been recognized through the award of the prestigious S<och Virtual Corporation Award, 2011.

NKEL carried out rehabilitation and widening of existing carriageway to 4 lane dual carriageway on Belgaum – Maharashtra Border section of National Highway no. 4 (NH – 4) including service road in the State of Karnataka under the annuity model on Built – Operate – Transfer (BOT) basis.

The Project is a part of the “Golden Quadrilateral” – the most prestigious National Highway Development Programme undertaken by Government of India through the NHAI.

The State Government of Rajasthan (a state in the north-western region of India) and IL&FS have set up Road Infrastructure Development Company of Rajasthan Ltd (RIDCOR) as a 50:50 joint venture company for the effective leveraging of public and private expertise, to implement the single largest road sector project in the country taken up under the Public-Private Partnership (PPP) framework. The Project envisaged improvement of important North-South road corridors linking National Highways passing through the State aggregating a total length of 1,053 km, to world class standards at an estimated cost of over Rs. 1500 Crore.

RIDCOR has been selected for the “The Innovation Award for Road Transport in Developing Countries (InARoaD)” in the category of “Finance & Economics” by the International Roads Federation (IRF), Geneva”. This award recognizes the positive impacts of the improved road infrastructure and transport conditions on the quality of life of communities and for the contribution of the Project to poverty reduction.

View this Profile in our Magazine