IKEA furniture will now be delivered by zero-emissions fleet

Ask anyone, “Any idea where I could buy good fashionable furniture from?” The reply will mostly be, “I have an idea. It’s IKEA!” Making its presence felt, literally, in every household, IKEA’s market hold is extremely impressive. Founded in Sweden, the multinational group designs ready-to-assemble furniture, home accessories and kitchen appliances as well. IKEA has gained popularity ever since 2008 after it became the world’s largest furniture retailer. Known for its contemporary designs for furniture and appliances, IKEA was founded in Sweden by Ingvar Kamprad who was then just 17.

It has been 5 years since IKEA reached out to set its foot in the Asian market. IKEA celebrated one of the biggest achievements last month in August after it successfully opened its first store in India. Opening up in Asia was extremely crucial to their strategy. IKEA now has around 30 markets across the globe. With every new market that IKEA comes up with, they have always tried to make efforts to understand their culture, way of living and then come up with products and services that can be put across to the people. In the end, what a European customer looks for is something very different from what an Asian customer will go for.

The main reason why IKEA becomes a hit wherever it sets its foot is because their products incorporate common cultural references of the market. Let’s take the example of the store they just set up in India. All that Ikea retained was their blue exterior, whereas, the interiors and the products on display have the touch of that which an ideal market in India should. This is one of the major reasons why IKEA never fails to make it big. Every place they set a market in, they don’t just sell things, but they also sell the culture which defines the people there. Did you know that the IKEA sends their representatives to meet different people by going to their homes? These representatives ask the locals about their likes and dislikes, their needs and how much they can afford to spend etc. And after thoroughly considering all that was told to them, they give their own tweaks to the products they sell. For example, most of the furniture they sell in non-Asian countries can be assembled by the customers themselves. But, that’s not the case in Asia because they expect the company to do it for them. Really cool, ain’t it? So let us tell you how IKEA sets up stores in different parts of the world and cater to everyone according to their cultural differences. 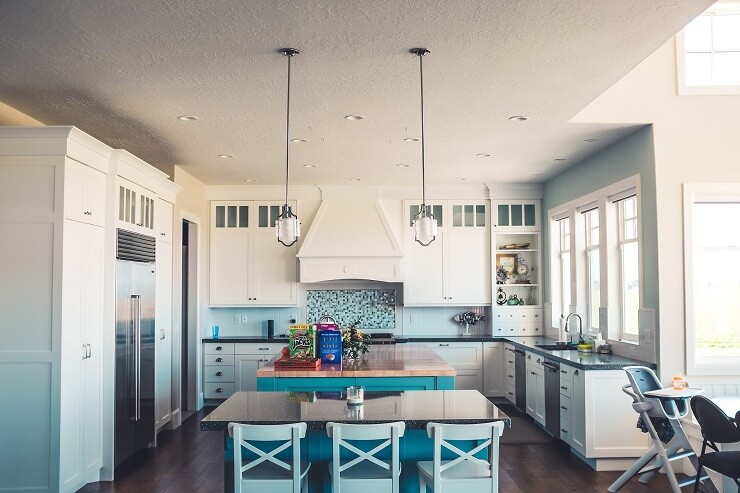 How IKEA tweaks their designs across the globe:

When IKEA started its business in the USA in 1990s, they realized that vases were the most common thing sold and that too, in large numbers. The funny thing about this is, people didn’t buy them to put flowers in them. Oh no. Since we (Americans) are fond of having our drinks in big containers, we found their glasses to be ridiculously small. This is when they realized that even though people loved buying from Ikea, they could create more customers if they start catering to what they would actually buy. Now that’s smart, ain’t it.

If you thought people all across the globe love to have a master-size bed for themselves, then you might be having the wrong impression. In America, we have standard sizes for all our beds and mattresses. IKEA came to the US selling their mattresses by measuring them in centimeters. Soon they realized that Americans buy ‘king’ and ‘queen’ sized beds and don’t really look at centimeters.

Did you know that before they opened a new store in Korea, they had to go around interviewing around 900 locals? In order to understand what beds make them sleep comfortably, they had to get a proper idea about the same. IKEA had to design a bed of size- “super single”. This size is specifically for Koreans who have a comparatively smaller bedroom space, unlike other countries. But their single bed is a little more spacious than the average single bed.

When IKEA opened their stores in Hong Kong and China, a similar issue about the beds occurred where they got the sizes all wrong, initially. When IKEA sold beds in China, they retained the standard sizes of Hong Kong beds. Now the beds in Hong Kong are a little shorter and IKEA instantly dealt with it and dished out beds that people would come to buy.

IKEA showrooms in China also include a section of balconies, something that is commonly found in Chinese homes. But you’ll be surprised to know that the stores in northern China are different from the ones sold on the southern side. Balconies in northern China use the space to store their food whereas, in the southern part, they make use of the balconies to dry their clothes.

Coming towards the East, IKEA has started out fresh in India and has tried to get on the right track right from the start. The stores have been able to adapt to the culture in its true form. In India, the child tends to sleep with their parents in the room until they come of a certain age. Therefore, the bedroom samples on display in the stores also incorporate a small bed for the little one.

IKEA also took into consideration the fact that the weather in India is extremely hot and humid. Hence the materials that go into the making are chosen accordingly. Risers are added as well, to the furniture in order to keep them from getting wet. In India, they make use of water to clean their floors. Now ain’t that thoughtful! Apart from that, Indians also have big family get-togethers for which they require easy seating arrangement. IKEA comes to the rescue even here as they sell stools in large numbers, as well as folding chairs.