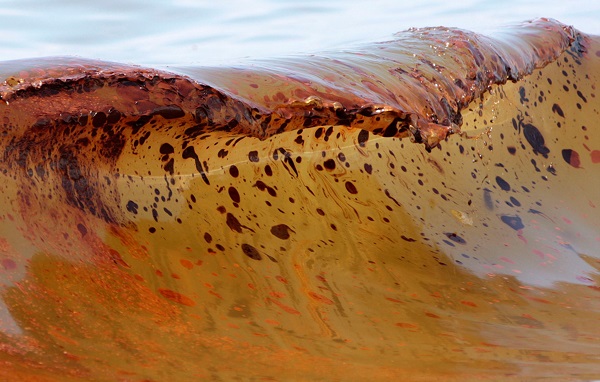 “It is so big and expanding so fast that it’s pretty much beyond human response that can be effective. … You’re looking at a long-term poisoning of the area. Ultimately, this will have a multidecade impact.”

Richard Charter of the Defenders of Wildlife

The scourge of oil spill will bedevil humanity. In last years, we have witnessed many oils spills. Some of them where small, some of them were bigger, but undoubtedly all of them had enormous impact on the environment. And as good planets are hard to find and we have to look after the Earth, the best way to keep the world clean an imbalance is to prevent oil spills. But oil companies and simply people make mistakes, not to mention that technology sometimes comes unstuck.

The Deepwater Horizon oil spill has shown how much oil spills are harmful to the environment and people. But the oil spill in the Gulf of Mexico has also shown that oil companies and their technology are not enough for cleaning up oils spills. And cleaning up oil spills is crucial for the future of our planet and for our own good sake.

Oil spills create colossally difficult problems for ecosystem and wildlife, but in fact cleaning up oil spills can bring even more problems. The Deepwater Horizon oil spill cost a lot – BP and its partners had to pay hefty sums for cleaning up the oil spill, not to mention damages.

Even though the Deepwater Horizon oil spill in the Gulf of Mexico had a disastrous impact on the ecosystem, wildlife and life of people, the catastrophe has however pushed companies and scientists to look for and develop efficient technology of cleaning oil spills so that the negative effects will be minimize in case of a similar disaster.

Magnets to the rescue

One of the ideas of cleaning up oil spills was carefully developed by researchers from the Massachusetts Institute of Technology (MIT). Scientists are strongly convinced that that magnets can be used to recover oil after a spill. Probably you will think: “How it’s possible, given that oil is not magnetic?”

In addition, these MIT scientists state that when oil is mixed with water-repellent nanoparticle with iron, an oil spill might be removed from the water almost effortlessly. And what is more, by removing the nanoparticles, companies will be able to reuse the oil. Markus Zahn, who works in the Research Laboratory of Electronics MIT Laboratory for Electromagnetic and Electronic Systems and High Voltage Research Laboratory, underlined: “I had known about other scientists using magnetic fluids to separate oil but it had never worked out practically and that was something I felt I could do something about.”

The magnets method, however, has been welcomed with mixed feelings. As it was underlined by Markus Zahn, a giant oil company refused to financially support further research. Yet the MIT scientists are confident that other companies or even public departments will be interested in sponsoring further research.

But the magnets method is said to be highly controversial, not to mention that it is problematic to use it in larger projects. Some experts note that the use of magnets to remove oil spills is highly risky as it may even damage marine life in case of an accident – and accidents are not so uncommon in the sea. Therefore they underline that the method would be good when it comes to small-scale use. Not surprisingly, Dr Susan Shaw, founder of the Marine Environmental Research Institute, noted: “On a small-scale it (the magnetic technique) may be an excellent system but I don’t think it will work at sea in such a challenging environment,” adding that the MIT study might lead to creation of a way of recovering the oil but ashore.

Cesar Harada might be called many things, but the best word to describe him is an “idealist.” As he has stated, he shed his perfect job at MIT once he learnt about the Deepwater Horizon oil spill, all moves were taken in sake of environment so that he could focus on the development of the technology of cleaning up oil spills which is fast in use, cheap and open-force.

In his opinion, oil spills are men-made problems, but people can eliminate them by using natural forces. Since  one of the most tragic oil catastrophe in the human history, he has been designing an open source spill cleaning robot, Protei. As it was highlighted by him, the design was inspired by ancient sailing techniques. Visionary Cesar Harada wants to create cheap and open hardware which will be efficient in cleaning up oil spills while securing the safety of the workers. He strongly believes that it is possible and evitable as the traditional oil spill skimming technologies are not sufficient to fully get rid of oil as they are only able to collect roughly three percent of it, not to mention that the method is risky to workers’ health. So the idea of Protei gives a hope for a  safe and efficient way of cleaning up oil spills.

What is interesting is that Protei is developed by a globally connected network of enthusiasts willing to work on technology which will be a better way of cleaning oil spills. Moreover, Cesar Harada believes that this method might be used elsewhere as he once noted:  “We have several hundreds of millions of tons of plastic in the ocean to collect. We need distributed surface instrumentation to study disappearing corals reefs, monitor shrinking fisheries, measure radioactivity leaks and much more.”

Oil companies will, certainly, use some of newly-developed technologies. However, it is clear that they will use those technologies which will give them more savings. But analysts indicate that the new products, which are developed around the globe, will not generate serious earnings as the oil spills, especially bigger ones, are rare.

And not all companies want to support these developments and projects. Clearly, oil giants do not want to collaborate as they consider each other to be mortal threat. Cesar Harada and others believe that only teamwork gives a chance to find effictive ways of cleaning oil spills. But experts also fear that oil companies will not support the projects once major spills fade from the memory and news.

But the progress of all projects aimed at developing technology of cleaning up oil spills also depends on the hierarchy of values. The question remains whether on the top is either environment or profit. The answer can change everything. Without a doubt, no two oils spill are the same, especially when we take into account oil types, locations and other factors. There are, however,  several encouraging oil spill cleanup conceptions, just to mention a robot that detects spills or soak-up sponges,etc.  Abovementioned designs are expected to help solve problems and issues caused by tragic disasters.

We have recently heard that the colonization of Mars is not longer a dream of some crazy scientists. Two separate projects are aimed at colonizing the Red Planet in approximately 10 years. Yet, in the near future the Earth will stay our main planet and therefore we should pay much attention to environment and cleaning all the dirt, including oil spills, as good planets are hard to find…

Anna Domanska
Anna Domanska is an Industry Leaders Magazine author possessing wide-range of knowledge for Business News. She is an avid reader and writer of Business and CEO Magazines and a rigorous follower of Business Leaders.
« Most Expensive Engagement Rings EVER. Two souls, one heart and one filthy expensive engagement ring.
Situation under control as Cyprus secures bailout »
Leave a Comment
Close