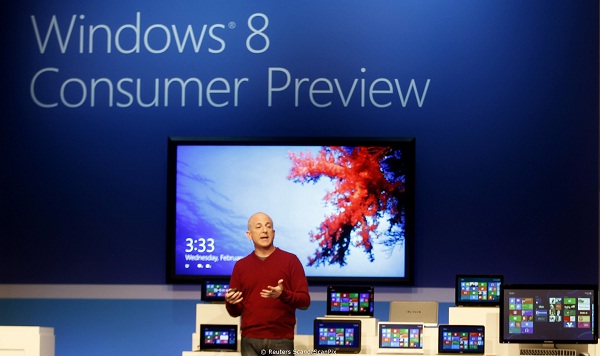 International Data Corporation (IDC) issued the findings of  its report, showing a staggering 13.9 percent drop in sales in Personal Computer (PCs) in the  three-months period ended March on a year-on-year basis.

Interestingly, industry analysts predicted a 7.7 percent fall in sales, thus the 13.9 percent has caught many unawares. IDC has been analyzing the PC market every quarter for almost twenty years, and the drop in PC sales in the first quarter has been the least recorded in the past 4 quarters of year-on-year poor sales performance.

PC sales decline was the result of…

IDC identifies that the consumer transition towards touch-capacitive connected devices and poor performance of Windows 8 operating system are some of the reasons for poor sales.

Even though there were a few new PC models running Windows 8, actual shipment of products was poor in comparison to previous years’ results. Only legacy Mini Notebook appeared to be shipped, besides, some tablets and smartphones attracting the bottom half of the consumer market.

Interestingly, even though most PC stakeholders did position themselves as touch-capacitive or ultrathin systems, they failed to make a lasting impression on consumers largely because of prohibitive costs and hardware supply-chain issues. Besides, the most immediate trigger was the failure of Microsoft’s latest version of the operating system Windows 8. While most consumers were open to Windows 8, the redesigned UI (the familiar START button is missing) and other features did upset the Microsoft applecart, leading strong consumer base away from PCs to connected devices.

Of the Triad that dominated the PC market – HP, Dell and Lenovo (IBM) – HP and Dell are in the process of restructuring and only Lenovo appears to be making significant sales. Researchers at IDC underlined that even though the contraction was expected, it was the magnitude of contraction that caught the markets unawares.

In terms of largest sales HP continued as the market leader, while Lenovo was a poor second and Dell close behind. Acer, ASUS, Apple and Toshiba posted consistent decline in sales.

The US witnessed a nearly 12.7 percent drop in PC sales in the first quarter, in sharp contrast to the fourth quarter of 2012.  Europe, Africa and the Middle East were found to post double-digit decline, while Japan too did not show much progress. In addition,  the findings of the report showed that the Asia Pacific region saw PC sales slump by as much as 12.7 percent in comparison to last years’ performance.

Also Gartner announced its survey of PC market shares, however, using different survey methodology, found that there was a slight promise for the PC industry yet, and this might not exactly be the eulogy. According to Gartner’s findings, the PC industry did post business sales, however, poor consumer sales brought the overall market share down, falling well below 80 million units that was recorded in 2009.

The PC industry has been introducing changes to make it relevant to the latest technologies. However factors that are pulling-back PC sales include the mobility feature of tablet form factors and the always-connected feature in tablet PCs.